How America’s aging economic expansion could stay alive for years 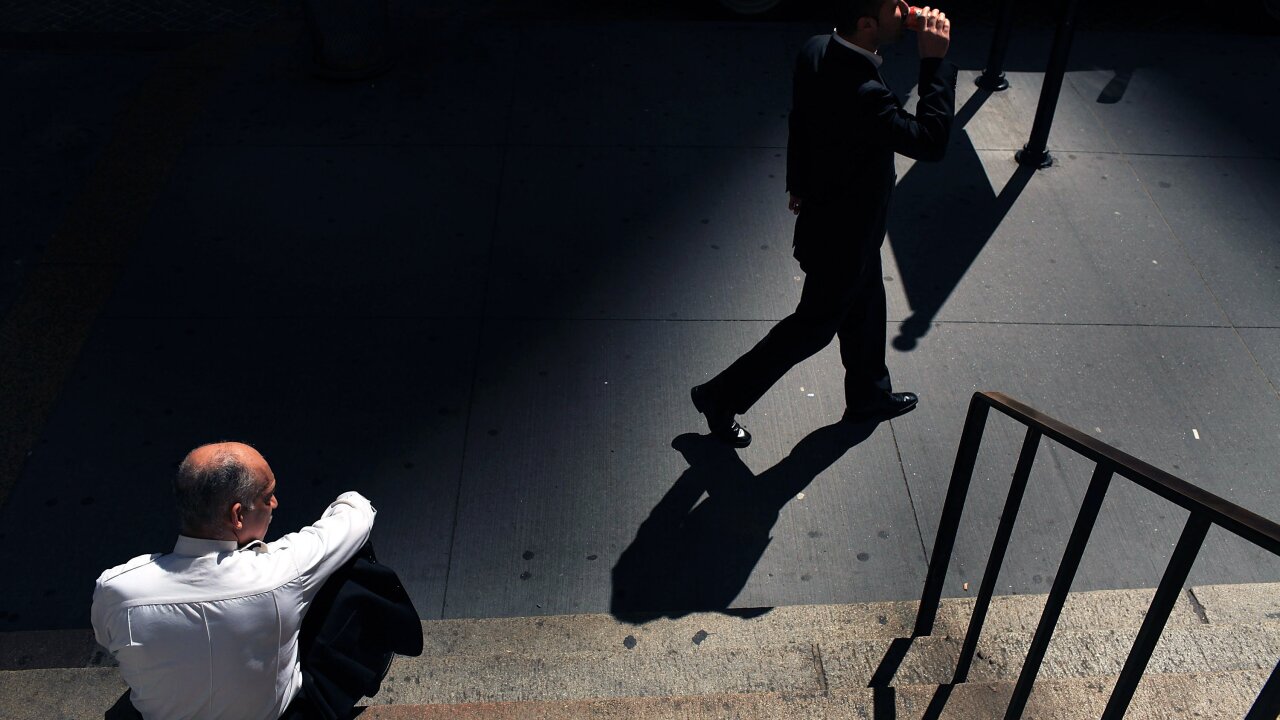 A businessman walks along Wall Street in front of the New York Stock Exchange on May 25, 2010 in New York City.

The economic expansion that was borne out of the ashes of the Great Recession is ancient by historical standards.

Spanning more than a decade, it’s the longest period of uninterrupted economic growth in American history. And the expansion is beginning to show its age. The manufacturing sector is shrinking. Business spending has contracted for two consecutive quarters. And job openings have dipped.

The United States is overdue for a recession. And the US-China trade war could prove to be the spark that causes the next downturn.

Despite that treacherous backdrop, there is a case to be made for why the record-breaking expansion could continue, perhaps for years. American households, boosted by a 50-year low in unemployment, are still spending. The Federal Reserve is pulling out all the stops to try to engineer a soft landing. And the global economy should rebound if trade tensions ease.

“The economy has slowed down, but the risk of hitting a wall in the next year are pretty low,” said Stuart Hoffman, senior economic adviser at PNC Financial.

David Kelly, chief global strategist at JPMorgan Funds, is a bit more cautious. He warns there is a “genuine risk” of a recession by the end of next year. Kelly pegs that chance at about 40%.

But that still suggests a better than 50/50 chance of sustained growth.

The economic expansion could “absolutely” continue at the current lukewarm speed of around 2%, according to Kelly.

“It could amble forward at that pace for many years to come, unless it gets hit by some kind of shock,” said Kelly.

A trade truce would help

Economists frequently say that recessions aren’t caused by old age. They are caused by policy mistakes, typically by the Federal Reserve.

The most obvious shock today, however, would be from the US-China trade war.

“Business investment is anemic at best,” said Brett Ewing, chief market strategist at First Franklin Financial. “Further escalation of the trade war would most likely hurt consumer confidence. And that’s the last leg of the economy.”

But the good news is that the United States and China have stopped lobbing tariffs on each other. The two sides have made progress in trade negotiations, setting up a potential phase one trade agreement that could be signed next month.

“That would bode well for business confidence and perhaps activity,” Fed chief Jerome Powell said on Wednesday during a press conference. “That has the potential for being an improvement in the risk picture.”

Easy money to the rescue

Powell isn’t taking any chances, however.

The Fed has acted swiftly to try to counter the pain from the trade war with easy money. The US central bank cut interest rates Wednesday — the third-straight rate cut — despite the S&P 500 trading at all-time highs.

“We continue to expect the economy to expand at a moderate pace,” Powell told reporters.

Although rate cuts do nothing to fix the underlying problem — trade uncertainty — analysts say the support from the Fed could help boost confidence, prop up stock prices and help interest-sensitive parts of the economy such as real estate and autos.

Despite the Fed’s intervention, Lindsey Piegza, chief economist at Stifel, expects the US economy to shrink during at least one quarter next year. She said that it’s “splitting hairs” whether the economy will shrink for long enough to technically qualify for a recession, which is often defined as two consecutive quarters of economic contraction.

Piegza warned the economy could get stuck in a period of very weak growth that might be hard to escape, because interest rates are already quite low. Powell has said he is resistant to take rates negative as some European countries have done.

“That’s a bigger concern because the Fed doesn’t have the ammunition to perpetually support the economy,” she said.

Are consumers too divided to agree on a recession?

Still, it’s important to remember that while the trade war and global slowdown are slamming America’s manufacturing sector, that remains a small part of the overall economy.

The factory trouble has not yet led to a spike in job cuts in the rest of the economy. That has supported consumer confidence, keeping household spending, the biggest driver of growth, strong.

“There is such a political divide in this country that everybody won’t agree on the economy,” he said.

Kelly pointed to surveys showing that Republicans were downbeat on the economy until President Donald Trump’s election in 2016. And vice versa about Democrats.

“For the most part, it’s awful that we are seeing the world through different lenses,” he said. “But it means it will be quite hard to get consensus that the economy is in trouble.”

Best economy ever? Not exactly

Trump has consistently swatted away concerns about a recession.

In a tweet on Wednesday, Trump cheered what he called the “Greatest Economy in American History.”

Of course, that’s not true. Hours after the tweet, Trump’s Commerce Department said US GDP growth decelerated to 1.9% during the third quarter. It marked the second-straight quarter of slower growth.

But that lukewarm growth might not be the worst thing at this stage of the economic expansion, which is more than twice as long as the average expansion during the 20th century.

Businesses are already having trouble finding qualified workers to hire because of aging demographics and limits on immigration. Hyper-growth would exacerbate that problem, setting off an inflationary spiral that forces the Fed to slam the brakes on the economy.

“This economy can’t handle 3% growth. We don’t have the labor force. It will overheat,” said Kelly.

Moderate growth also limits the risk of excesses forming, such as the bubbles in tech stocks and real estate that wreaked havoc last decade.

“You can’t have a bust without a boom. And there is no boom,” said Kelly.