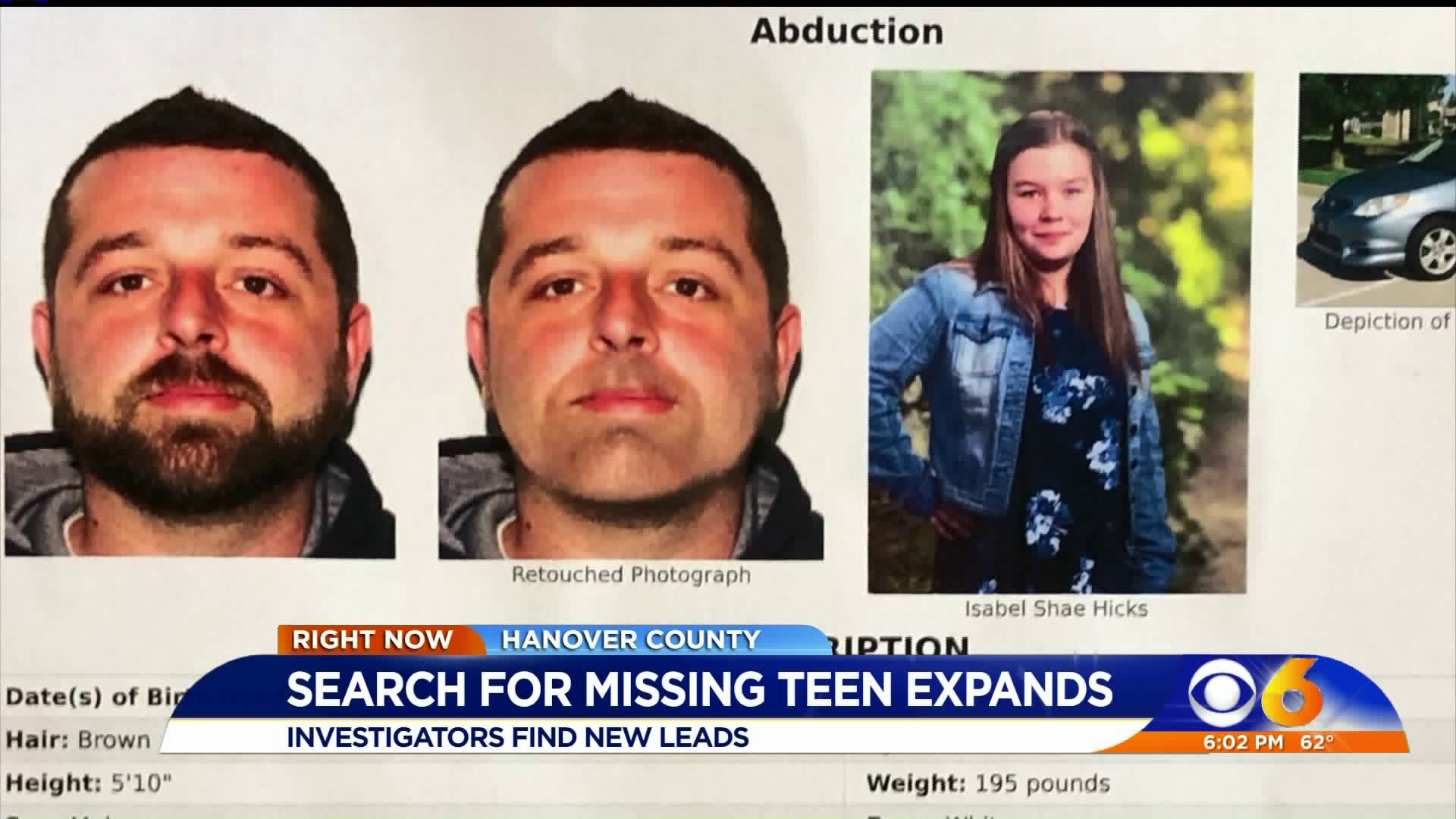 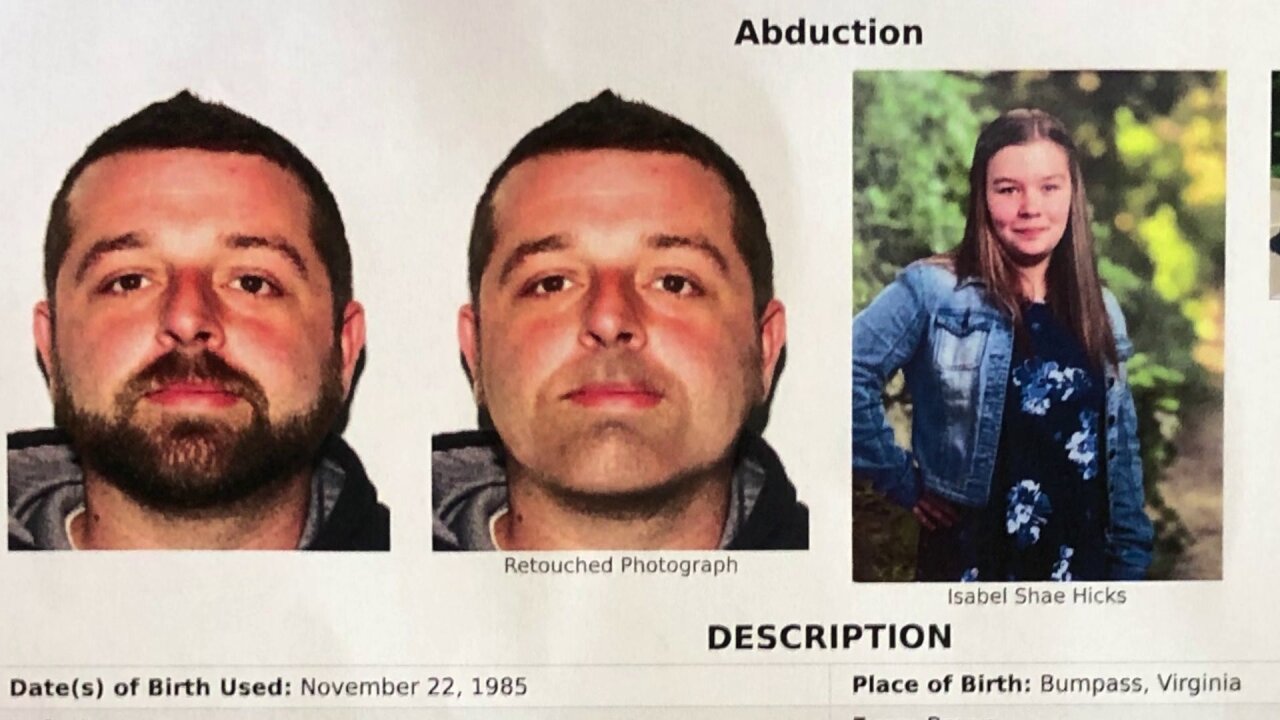 HANOVER COUNTY, Va. -- Investigators said the search efforts for the missing Louisa County teenager and her alleged abductor have changed.

“The search for Isabel Hicks definitely continues,” said Louisa County Sheriff’s Office Det. Chuck Love Wednesday afternoon, when announcing the change. “And our resolve only gets stronger to bring her home.”

The announcement comes after three days of focusing on the area around Montpelier in Hanover County where Isabel Hicks, 14, and Bruce Lynch, 33, were last seen on Monday night.

“The ground search of this area of interest has been methodically and thoroughly completed while producing several additional leads, it only gets us closer to our end goal,” said Love. “We have been receiving multiple calls about additional places of interest and our resources will be redeployed today to thoroughly investigate each of those.”

Back on Monday night, shortly after nine p.m., law enforcement were called to the 14000 block of Clazemont Rd. after Hicks and Lynch knocked on the home of the door on that street, briefly spoke with the person who answered the door before running off into the woods.

“Though we didn’t locate Isabel, we were able to determine that Isabel is unharmed and that Bruce did not display aggression during this incident,” said Love.

“This has been a long, extensive search for a lot of different people. Lot of individuals have went out and searched through some really dense forests,” said Love. “Have checked abandoned buildings, have checked garages and homes around the area.”

Love said that the tips and leads developed from this search and from the public are leading investigators both inside and outside of Montpelier.

“We’re still receiving tips and leads from other areas as well. If they’ve left this area, we want to keep this as broad as we can. We’ve tried to push this out in multiple states. So, now that he’s seen the resources that can be pulled together in this short period of time. We’re worried that he may try to leave this area, so please on the lookout for that vehicle, for anybody that matches the description of either him or Isabel,” said Love.

Along with announcing the change in their search, investigators also released a new composite photo of Lynch, showing what he may look like without a beard they said he has shaved it off.

Investigators just handed out this updated flyer which includes an altered photo of Bruce Lynch showing him without a beard (investigators say he has shaved it off). @CBS6 pic.twitter.com/1rjrrX3JwM

Investigators also asked Lynch to do the right thing and let Hicks go.

"Someone in this type of situation, if they care about that individual to make sure that they’re with their family and that they’re safe. And we want tor each out to Bruce as well and say we want to give him help on bringing this to a safe and happy conclusion,” said Love. “If there’s more to this story that we don’t know, then we want reach out to Bruce to get that message to us, so that we can, maybe, assist him in that.”

Love said they asking the public to continue to stay vigilant and aware of their surroundings and to keep a lookout for people matching Hicks and Lynch’s description or the car they are believed to be using, a light blue or silver Toyota Matrix. He added they are still asking people to check their properties for any signs of where the pair may be hiding.

“We’re looking for old camping sites, we’re looking for any hides that may be on people’s property. So, if you know of something that’s on your property that someone may be from this area may know about, or you may know about an area that could be used to hide, either a vehicle or a campsite or something like that, definitely reach out to law enforcement and let us know,” said Love.