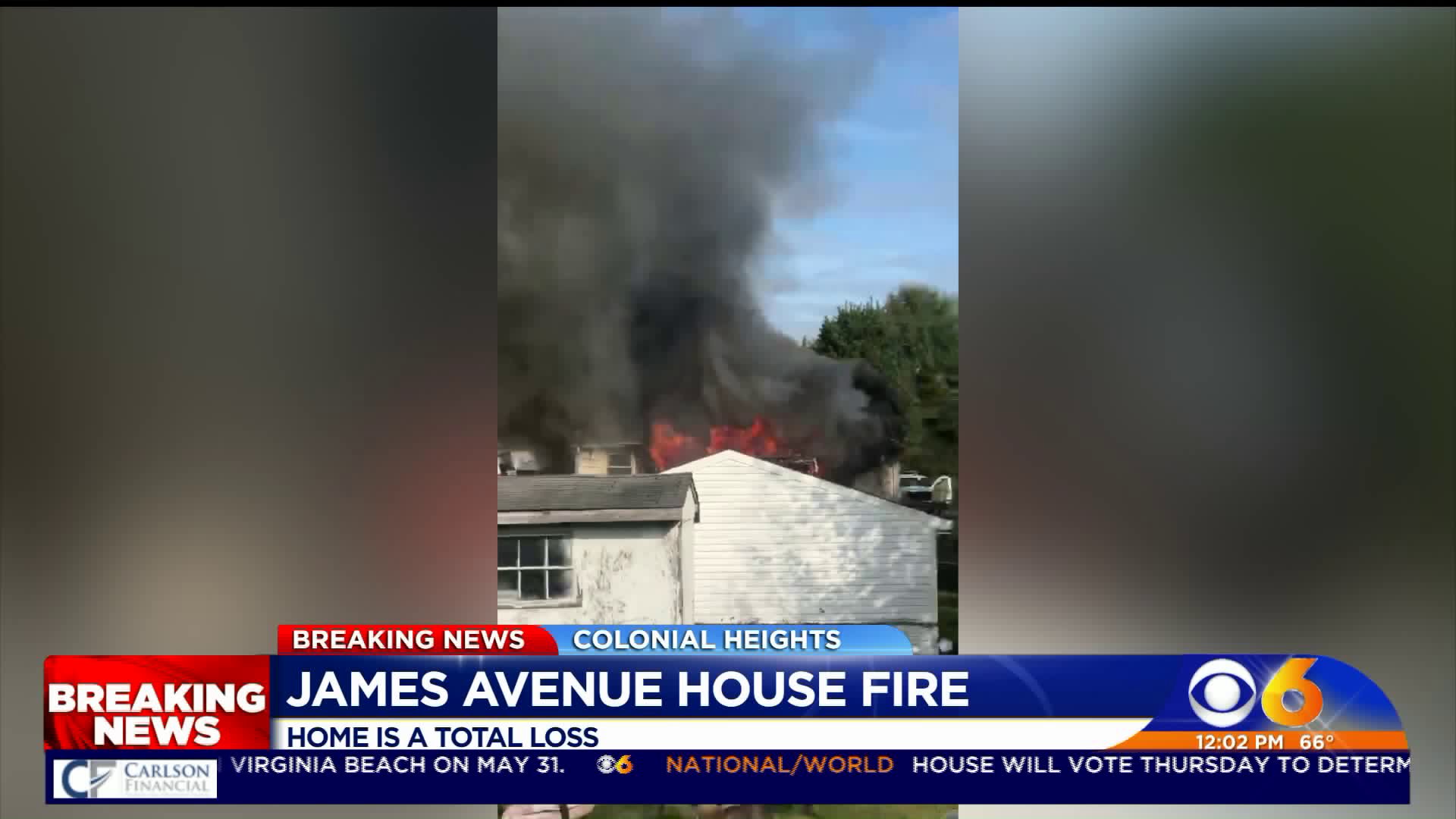 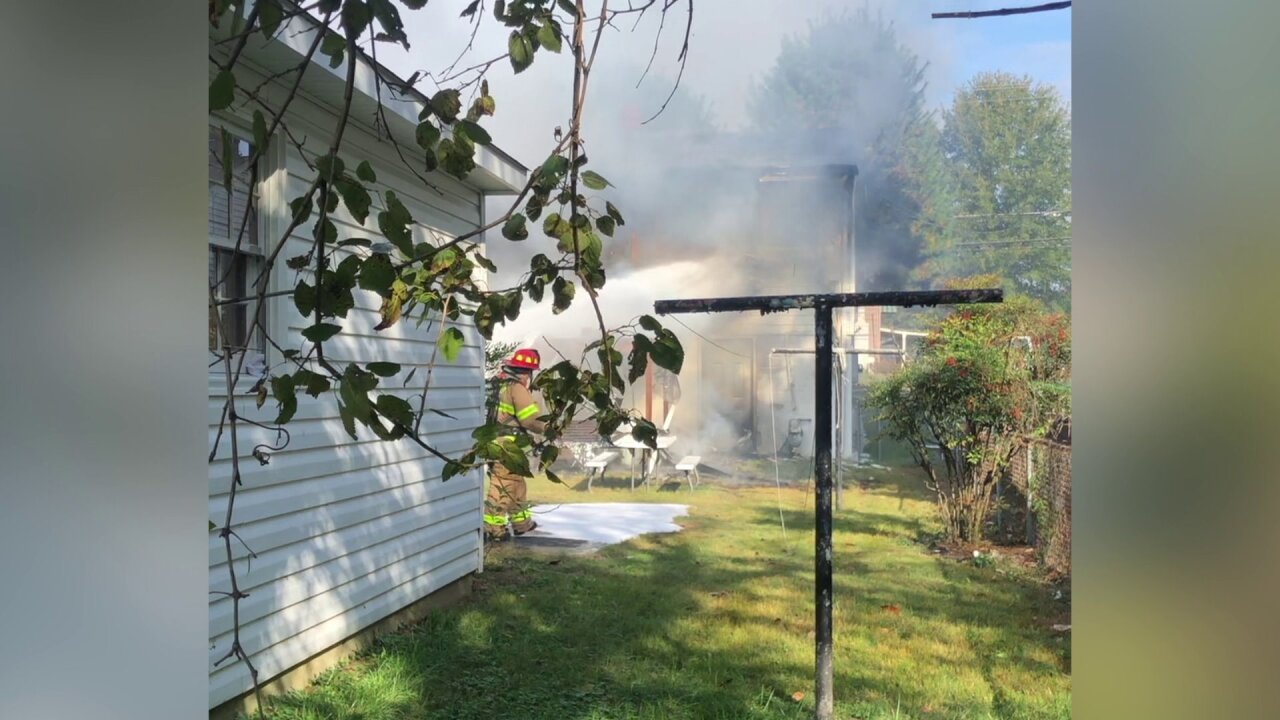 COLONIAL HEIGHTS, Va. – A Colonial Heights family is without a home after a house fire just off the Boulevard Tuesday morning.

Colonial Heights Fire and EMS along with Chesterfield Fire responded to a house fire in the 200 block of James Avenue at 10:27 a.m.

Upon arrival, crews found a two-story home with heavy fire in the back and smoke and fire shooting from the roof and out of the windows.

The occupants were able to escape safely. There we no injuries reported.

Officials say they were able to get the fire under control in about 10 minutes.

The displaced family is being assisted by the red cross.

After an investigation, officials have ruled the fire accidental as a possible electrical failure. Damages are estimated at $40,000.