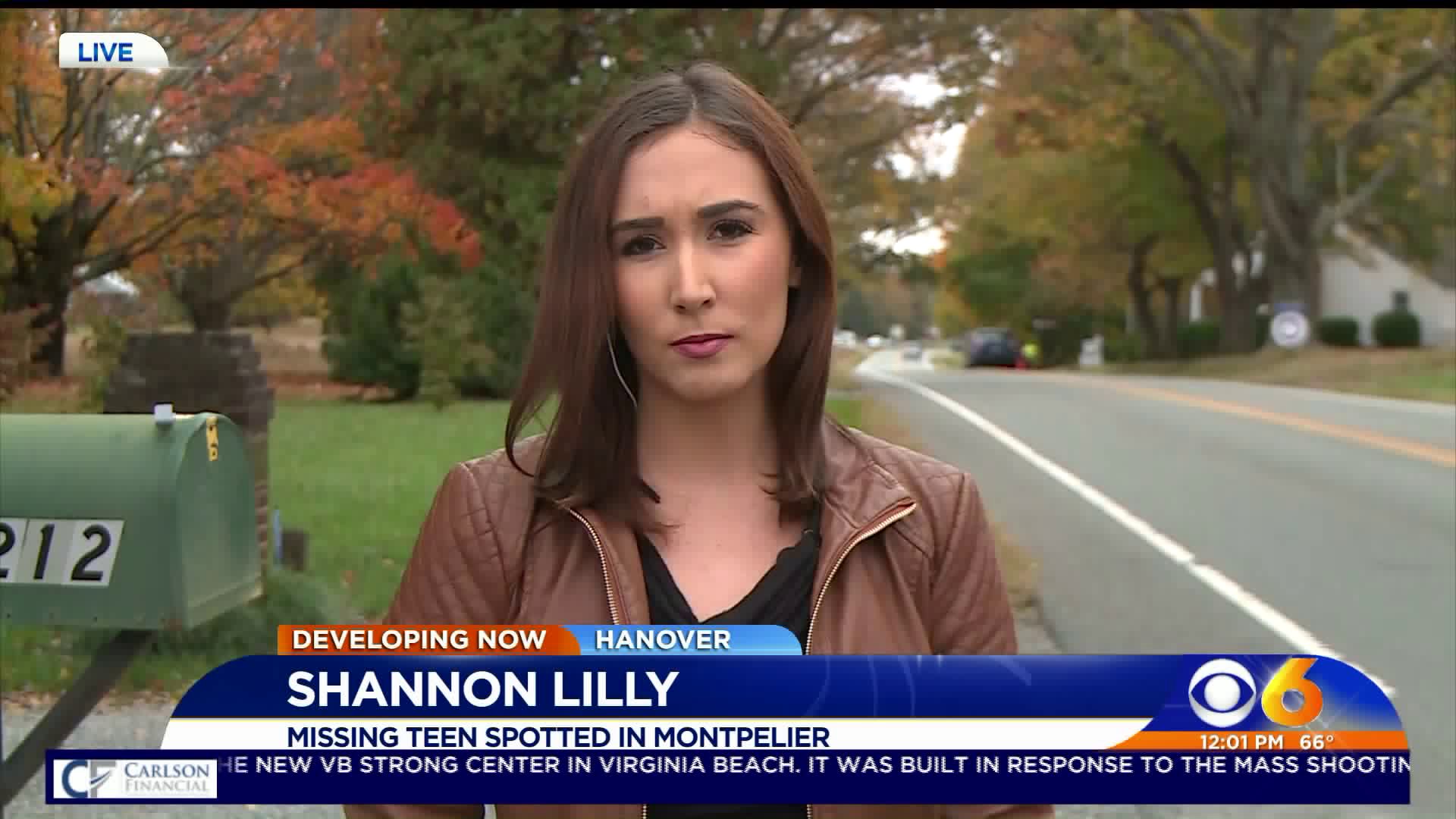 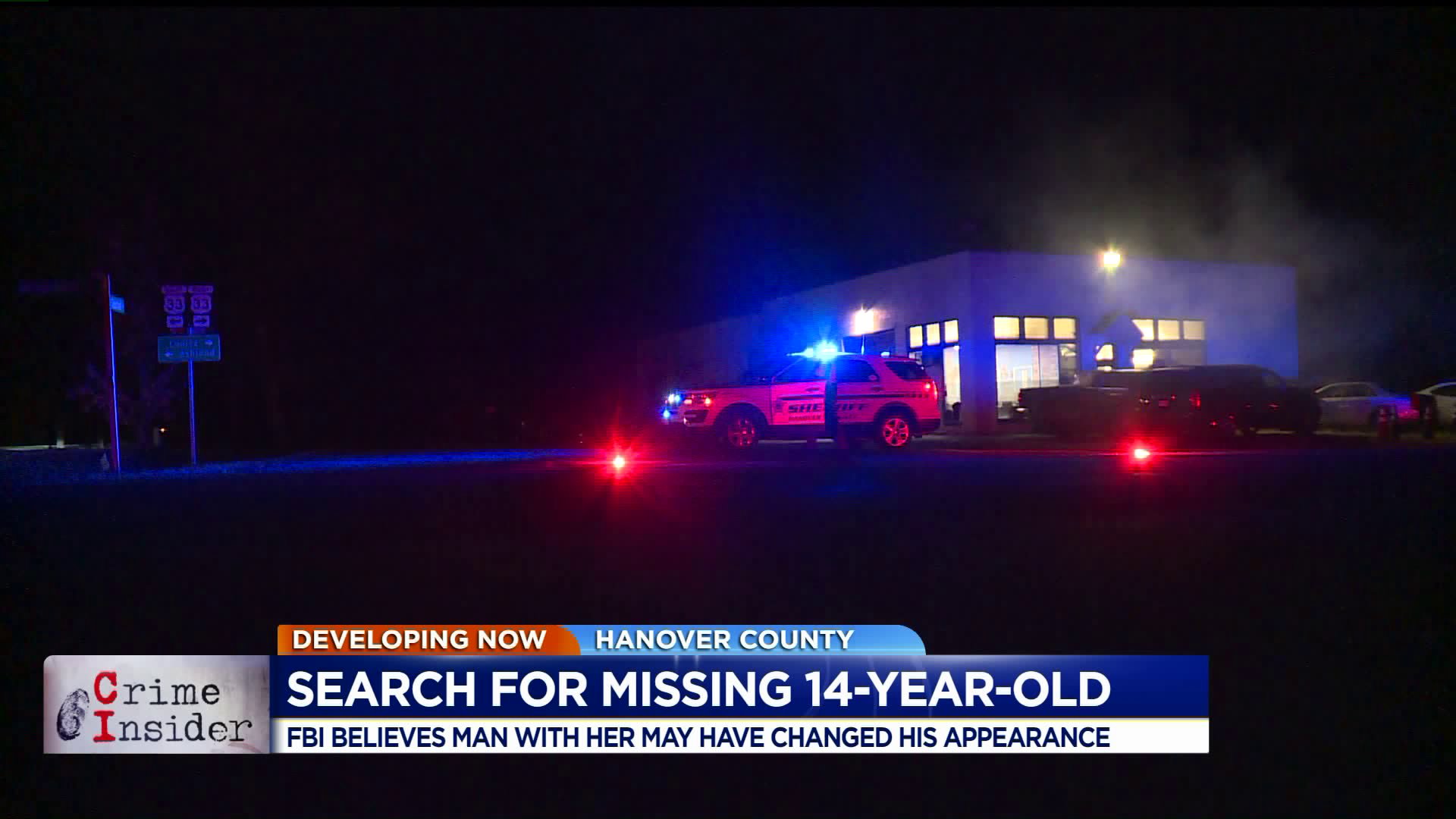 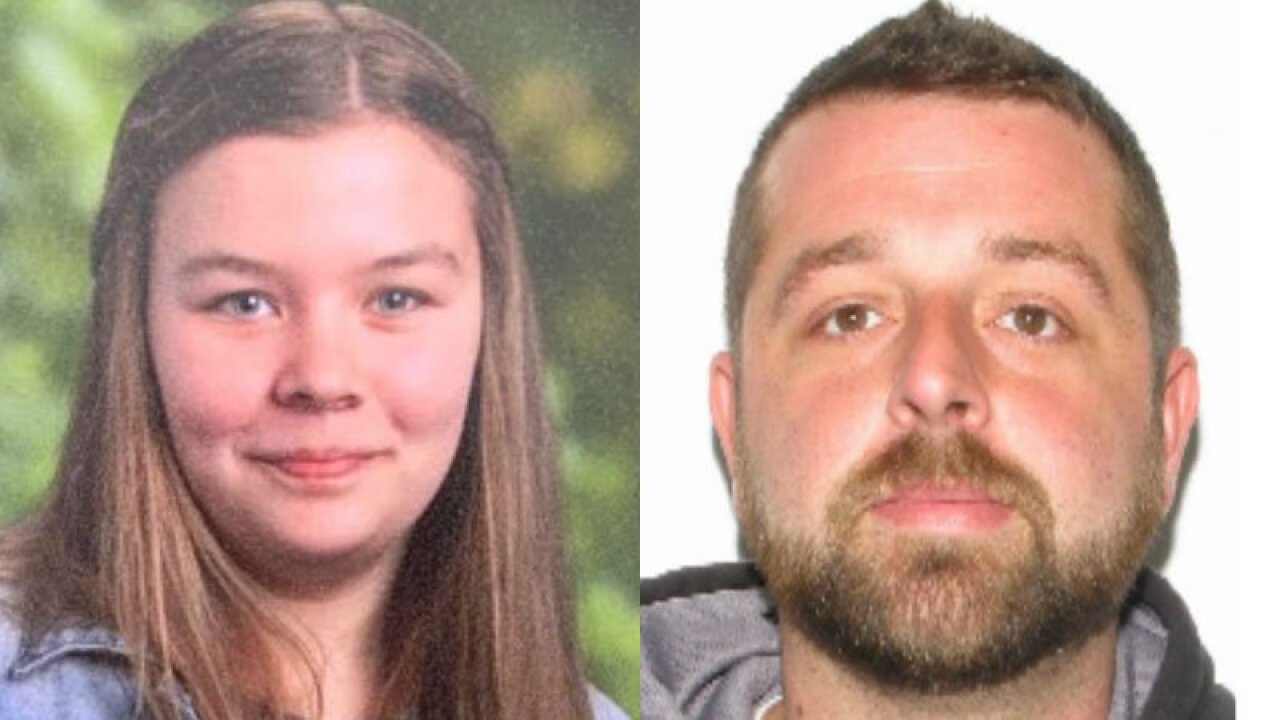 HANOVER COUNTY, Va. -- The search continued Tuesday for 14-year-old Isabel Hicks and 34-year-old Bruce Lynch. The man and child -- who is the subject of an AMBER Alert - were seen Monday night when they knocked on a door in Montpelier.

The FBI and law enforcement from around Central Virginia are using K9 units, tactical teams, and aerial surveillance to find Hicks and Lynch.

Lynch, who officials believe is armed with a handgun, is wanted for abducting his ex-girlfriend's teenage daughter. Officials believe the child went with Lynch willingly.

In a press conference, Tuesday afternoon, Louisa Sheriff's Major Donald Lowe made a plea to Lynch, telling him to let the 14-year-old go.

The pair was last seen wearing dark or camouflaged clothing. Lynch, who had facial hair in his wanted posters, is now clean-shaven.

Deputies believe they are still driving in a light blue or silver Toyota Matrix. However, investigators said they have not been able to locate the vehicle and are asking people to check any abandoned sheds or old buildings on their property to see if it has been hidden there.

"Be aware that we are in the area and perhaps they are in the area as well," Hanover County Sheriff’s Sergeant S.J. Diloreto said. "If you have vehicles in your driveway make sure they are locked, make sure your keys are out, secure your structures outside, and your home itself. And please call if you see anything, no matter how little you think it may be. We have people in the area. We have officers that are canvasing all the homes, so we’ll get someone to you as quick as you can."

"The terrain is hard. You know, it’s a little hilly at times and everything but you’re talking about miles of woods and some of them are very dense, but they’re going to go through every inch of those. So, it can be very tiring and exhausting," said Louisa County Sheriff's Office Chief Deputy Maj. Donald Lowe.

Lowe said they are focused on an area covering roughly two miles around where the pair were last spotted and added they believe, with a high degree of probability, that they are still in the area.

Investigators also called on hunters and people who frequent wooded areas in the community to check their cameras and observe their property for anything that may be different.

Officials received a call around 9:05 Monday night from a citizen who reported a sighting at a home on the 14000 block of Clazemont Road, according to Sullivan. Sullivan said both Lynch and Hicks went to a home there. He said the entire encounter was a few seconds long.

Officers arrived on scene shortly after and set up a perimeter, according to Sullivan. Initial partnering agencies that responded were the Louisa Sheriff's Office, Virginia State Police, and the FBI.

"We checked multiple areas and the subjects were not located," said Sullivan.

The search was scaled back around 3:45 a.m. It resumed at daybreak.