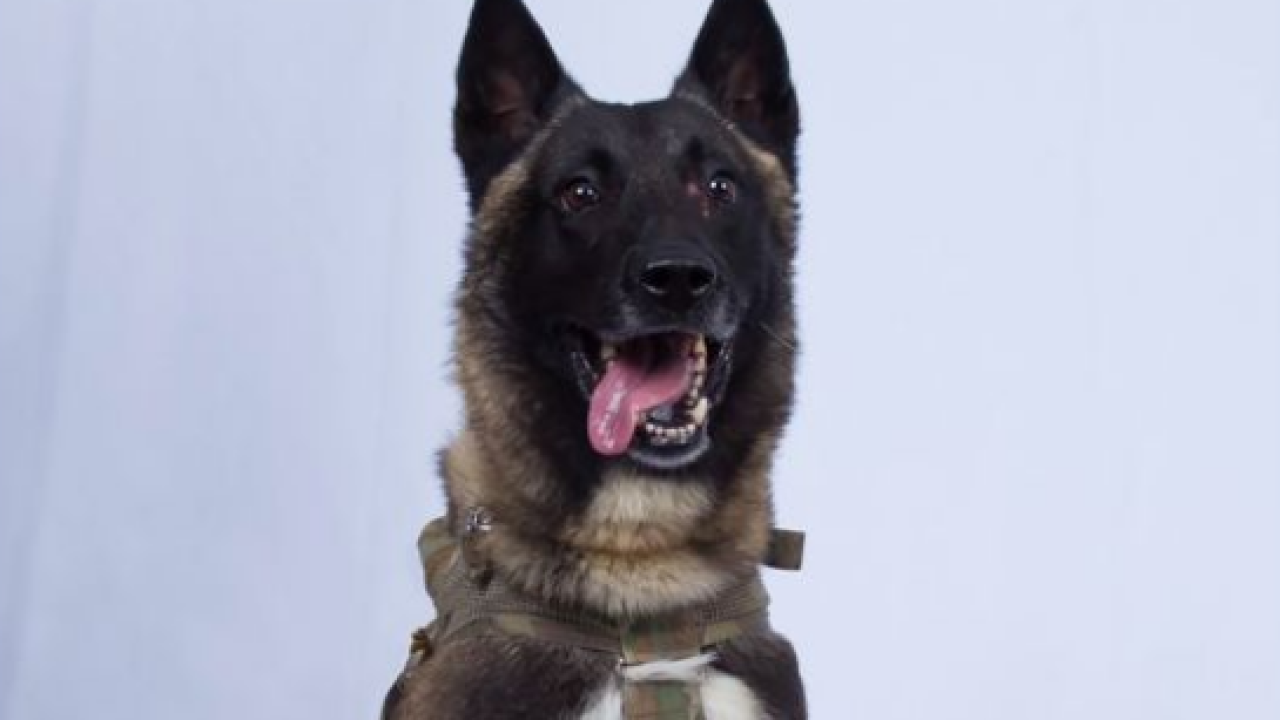 There are good dogs — and then there are hero dogs who chase down the world’s top terrorist to his fatal demise.

President Donald Trump said that a dog, part of the US operation that resulted in the death of ISIS leader Abu Bakr al-Baghdadi over the weekend, was injured while chasing Baghdadi down a dead-end tunnel.

Trump declassified a photo of the dog on Monday afternoon, tweeting, “We have declassified a picture of the wonderful dog (name not declassified) that did such a GREAT JOB in capturing and killing the Leader of ISIS, Abu Bakr al-Baghdadi!”

We have declassified a picture of the wonderful dog (name not declassified) that did such a GREAT JOB in capturing and killing the Leader of ISIS, Abu Bakr al-Baghdadi! pic.twitter.com/PDMx9nZWvw

The President said that the tunnel collapsed during the explosion. He also appeared to refer to more than one dog on the scene of the chase, saying Sunday morning that Baghdadi “reached the end of the tunnel, as our dogs chased him down.”

The dog, part of the Army Delta force, which executed the raid, was believed to have been injured from an electrocution and is recovering, a US defense official said.

The President called the dog “beautiful” and “talented,” but so far its name and handler remain a mystery. Additionally, a description of the breed has not been released.

“It’s a Delta operation, we can’t tell you the name of the dog,” one defense official told CNN.

Chairman of the Joint Chiefs of Staff Mark Milley also declined to name the K-9, saying at a Pentagon news conference Monday that “the military working dog performed a tremendous service, as they all do in a variety of situations.”

He described the dog as “slightly wounded and fully recovering, but the dog is still in theater, returned to duty with its handler.”

The US military typically relies on German shepherds and Belgian Malinois.

This isn’t the first time American armed forces have relied on a dog for backup in operations targeting terrorists. In 2011, a dog named Cairo took part in the raid that led to Osama bin Laden’s death. Cairo secured the area around the bin Laden compound while Navy SEALs went in.