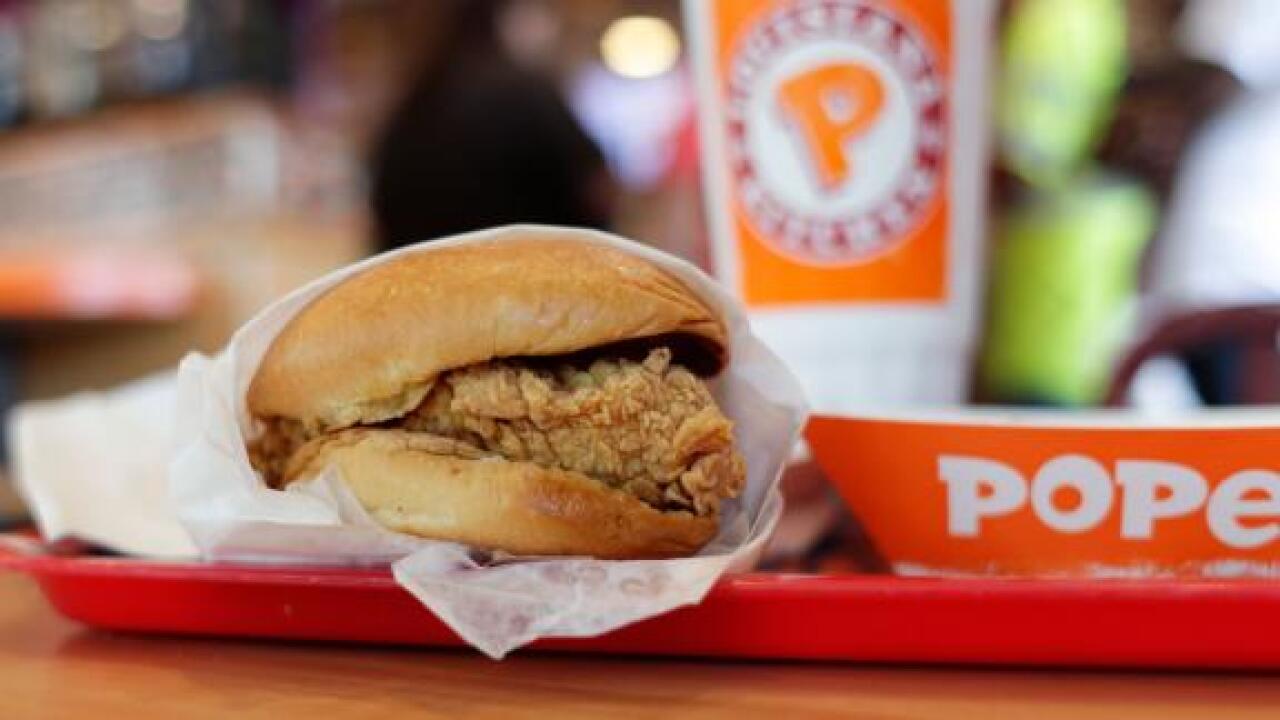 When Popeyes abruptly sold out of its highly sought-after spicy chicken sandwich in August, hungry fans demanded to know when the viral phenomenon would return to its menu. Now, after a torturous two month wait, Popeyes announced Monday the item would return on November 3rd as a permanent item, and it doesn’t anticipate running out.

“We plan to offer it to our guests for a long time,” Bruno Cardinali, head of marketing for North America at Popeyes, told CNN Business in an email. “We are confident that we’ll be able to meet the demand.”

Cardinali noted that Popeyes has stabilized its supply chain for the sandwich, a buttermilk battered and breaded white meat filet, topped with pickles and a choice of mayo or a spicy Cajun spread and served on a toasted brioche bun. Popeyes has also been hiring more employees to prepare for the relaunch.

Popeyes was forced to stop selling the item just two weeks after it launched due to “extraordinary demand,” driven by a viral social media spat and America’s growing appetite for chicken.

Popeyes has been taking the endeavor seriously: It spent three years painstakingly researching what consumers like and testing out different options before finally landing on the right chicken sandwich recipe. It also had to add new equipment to restaurants and train employees on how to prepare the meal. Before rolling it out nationally, Popeyes referred to the sandwich as its “biggest product launch in the last 30 years.”In September, after the product ran out, Popeyes capitalized on the attention with a new “bring your own bun” promotion, which encouraged customers to build their own version of the sandwich in restaurants.

In addition to the rising appetite for chicken, a Twitter battle helped call attention to the Popeyes chicken sandwich. A week after the product launched, Popeyes responded to a tweet from Chick-fil-A which it perceived as a dig, and the sassy comeback went viral. Though Chick-fil-A didn’t take the bait, Wendy’s jumped in -— sparking a Twitter battle that delighted onlookers.

“A lot of the buzz was created organically on social media,” Felipe Athayde, president of the Americas at Popeyes, told CNN Business. “Our guests were engaging with us and we decided to have some fun alongside them,” he added, calling the reaction to the chicken sandwich “truly extraordinary.”

To help market the return of the product, Popeyes seems to be angling for another spat with Chick-fil-A.

In promotional material for the sandwich, the Louisiana-based chain pointedly notes that it is open on Sundays. Chick-fil-A is not. (November 3, it should be noted, is a Sunday.) The chain is also taking out full-page ads in the New York Times, New Orleans Advocate and Atlanta Journal-Constitution, a paper based in Chick-fil-A’s home town.