US defense chief: Al-Baghdadi’s death a blow to ISIS 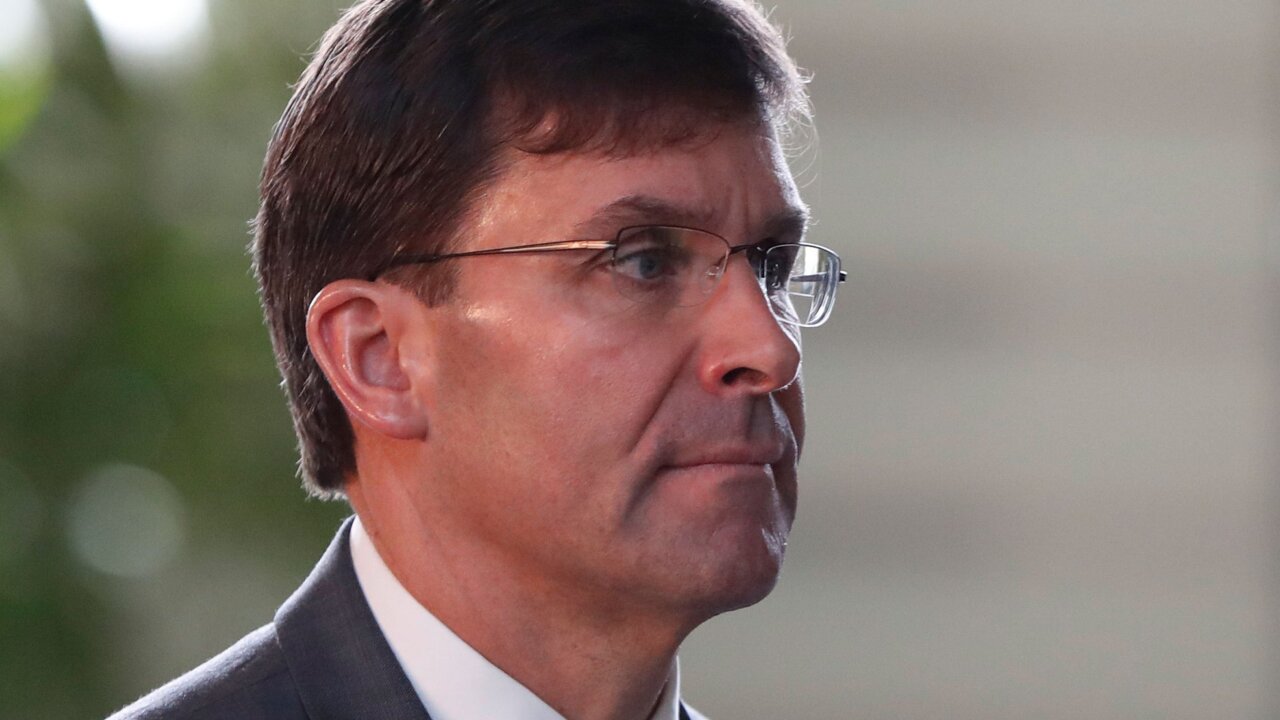 Defense Secretary Mark Esper described the death of ISIS leader Abu Bakr al-Baghdadi as a “devastating blow” to a terrorist organization that has launched horrific attacks across the world.

Defense Secretary Mark Esper described the death of ISIS leader Abu Bakr al-Baghdadi as a “devastating blow” to a terrorist organization that has launched horrific attacks across the world.

“This is a devastating blow. This is not just their leader, it’s their founder. He was an inspirational leader in many ways. He formed ISIS in 2014, he led to establishing the physical caliphate throughout the region, so this is a major blow to them,” Esper told Jake Tapper Sunday on CNN’s “State of the Union.”

Esper added that “we’re going to watch carefully next steps. And as a new leader and leaders pop up we’ll go after them as well.”

The secretary told Tapper that President Donald Trump approved the US raid “late last week” after being presented with different options. The objective, Esper said, was capturing him or if necessary, killing him.

“The President approved a raid on the target, Abu Bakr al-Baghdadi, and if we didn’t capture him, of course, we were going to kill him,” Esper said.

“He reviewed them, asked some great questions, chose the option that we thought gave us the highest probability of success and confirmation that the head of ISIS would be there and either captured and killed and then we executed from there,” Esper said.

“The President made a very decisive action and our troops and our interagency partners executed it brilliantly.”

The secretary explained that al-Baghdadi refused to surrender to US forces before detonating a suicide vest and killing himself during a US military raid in northwest Syria on Saturday.

Asked by Tapper if al-Baghdadi took his own life during the operation, Esper said, “That’s the report we have on the ground from the commander.”

“We tried to call him out and ask him to surrender himself. He refused. He went down into a subterranean area, and in the process of trying to get him out he detonated a suicide vest, we believe, and killed himself,” Esper said.

Al-Baghdadi, the leader of the terror group, was believed to have been in hiding for the last five years. Esper said the Pentagon has confirmation that it was al-Baghdadi “through a form of visual and also DNA confirmation.”

Esper also said there were two minor US injuries to soldiers in the operation. President Trump had only indicated a US K-9 was injured.