He saw his friends massacred. He has heard their names recited daily for a year 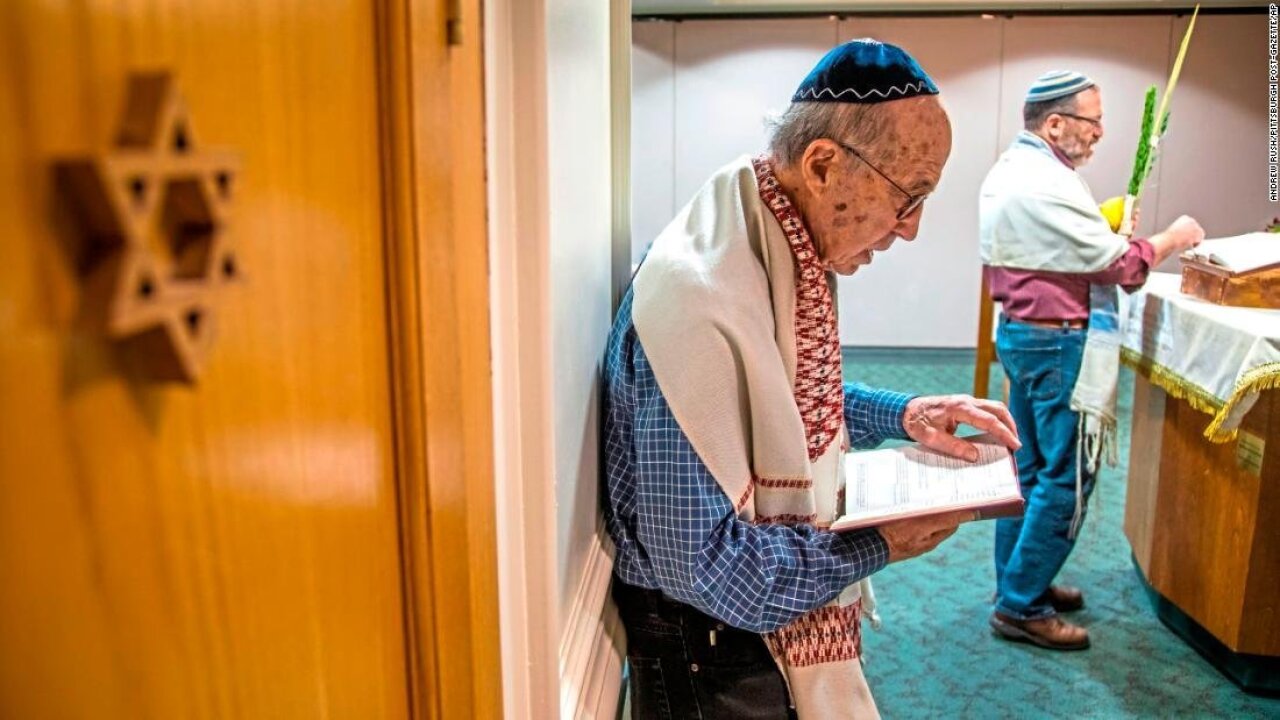 Some things are very clear to Joe Charny — remembering the dead is the right thing to do. Other things are not so clear — why a gunman spared him but killed 11 mostly elderly worshippers at prayer on a fall morning in Pittsburgh a year ago. CREDIT Andrew Rush/Pittsburgh Post Gazette/Getty Images

PITTSBURGH — Some things are very clear to Joe Charny — remembering the dead is the right thing to do. Other things are not so clear — why a gunman spared him but killed 11 mostly elderly worshippers at prayer on a fall morning in Pittsburgh a year ago.

The gunman intent on killing Jews pointed his weapon at Charny inside the Tree of Life sanctuary, but then turned and chose to fire at others, he says. His friends, seated at the back of the sanctuary, were killed. Charny was able to escape.

And so he takes it upon himself to remember.

Every weekday he goes to a synagogue and sits in the same place as he did at the Tree of Life on the day of the massacre and for decades before. The fourth row, first seat on the right. He stands as part of the minyan, 10 adult males required to be present for a communal prayer service.

This day, he also leads the service. He stands at the front of the room, looking out at his fellow worshippers. It’s just days shy of a year since people like them were slaughtered for being Jewish. Along with saying the Mourner’s Kaddish, the names of those who died on this day in the Hebrew calendar are read as is Jewish tradition. But in this temple, and many across Pittsburgh, they do more. Every single day since the shooting — the deadliest attack against Jews in American history — the names of the 11 dead are recited.

“It feels good to recite those names because I know I’m doing the right thing and I know that I’m doing something for me and for them at the same time,” Charny explains.

There was no way he could have saved his friends and no way to bring them back. But Charny believes they retain a presence through being remembered and for the impact they made in life.

“You have to remember,” he says. “Their lives meant something — they were the epitome of how we should be.”

At Congregation Beth Shalom, where Charny now prays, there are many reminders of the day that shattered the lives of Jews in Pittsburgh’s Squirrel Hill neighborhood. Yarmulkes bear the slogan “Stronger Than Hate” along with a logo similar to the city’s NFL team that includes a Star of David. And along with the names of the dead being read, there are the survivors.

Worshippers from the three congregations housed inside the synagogue, Tree of Life, Dor Hadash and New Life have all been displaced since the shooting.

There is Rabbi Jeffrey Myers who tried to save members of his congregation. And there is Charny’s friend of 50 years, Judah Samet, who was a few minutes late to services on that horrific day. Someone tapped on his car window and told him of the shooting just before he was about to walk inside.

As awful as the attack was — it was unprovoked, full of anti-Semitic hate and shattered any sense of security for so many American Jews — to 91-year-old Charny and 81-year-old Samet, it was nothing compared to the Holocaust.

As a young boy, Samet was imprisoned by the Nazis in the Bergen-Belsen concentration camp. He saw bodies pile up outside each day. People shot on the spot for merely for speaking and being Jewish.

“We used to walk hunting for food,” he says. “When … you saw somebody dead, you walked around him, out of respect, but eventually we were weakening. We stepped on them. You could hear their bones cracking.”

He adds, “By the age of seven, I had seen more death than life.”

Eventually he made a new home in the US, and at Tree of Life. But the massacre changed the way Samet viewed his temple.

“I looked at that and I said, this looks like a tombstone,” Samet explains about the days after the shooting. “There’s no holiness emanating from this building and the 11 bodies in it; it’s a cemetery.”

Some of the wounds have healed over and the conversation after minyan now includes things other than the shooting. And there is laughter too.

Now, Samet and Charny want to be able to go back to Tree of Life — Samet’s second home for more than 50 years, Charny’s place of worship for more than 60 years.

But it remains closed, as work to restore it continues.

A fence outside the building bears artwork with messages of love, peace and prayer from around the world. Days before the anniversary, fresh flowers have been placed there. Eleven candles remain from the Jewish High Holy Days a few weeks ago, when candles are lit to honor those who have passed.

Samet pauses at a spot where you can just see inside the temple doors.

Charny agrees, saying not going back would send the wrong message.

He means the anti-Semites, the hateful people in this world hellbent on terrorizing this or other Jewish communities. Going back to pray in the targeted temple would be his way of pushing back.

“I’m not gonna go away. We’re not going to go away,” Charny says.

In this deeply Jewish community, where even the clock atop the Jewish Community Center has Hebrew letters instead of regular Arabic numerals, the support for the congregation remains strong. Local businesses still display memorial signs.

But while there is love among the community, there is also division as they move forward — such as the debate over what should happen to the man who has pleaded not guilty after being charged with murder and hate crimes along with other offenses. He has offered to plead guilty in exchange for life in prison, but federal prosecutors rejected the offer.

Some believe this is a clear case of someone who deserves to die for committing a horrific hate crime. For others, it is also about the shooter having to suffer like they now must.

Samet believes death would be a gift for the shooter.

“I want to keep him alive and put him in the worst jail … where you’re by yourself in a small cell, 23½ hours a day,” he explains.

A trial will bring reminders and descriptions of the hate and the hell he unleashed inside the Tree of Life building.

The worshippers did not know they were being targeted. But heartbreakingly, Charny says he should not have been surprised. An attack on American Jews was inevitable, he believes.

“It’s so open now,” he explains about hatred of Jews in the United States. “There was a period there where I thought that things were calming down.”

“I should have known better. It shouldn’t have been such a big surprise,” he says.

While the lives of those they love were cut short, those lives meant something, and they will continue to be remembered and cherished by Charny, Samet and many more.

And they remember that life does go on.

At Congregation Beth Shalom — and maybe again at the Tree of Life — they will continue to pray loudly and sing when they touch the sacred Torah scroll. And they believe the children will continue to carry the torch of Jewish faith here for decades to come.

As the service ends, several men introduce themselves, saying they will soon mark milestone birthdays. One will turn 100 years old next month. Samet and Charney will be there to celebrate.

“We’re all going to be there. The very fact that we’re doing this and that we can celebrate an event like that as a victory for us,” Charny says. “We’ve come out of terrible difficulties and awful situations, but we can come and we can get together and we can live.”