At least 2 dead, 14 injured after shooting at college homecoming party 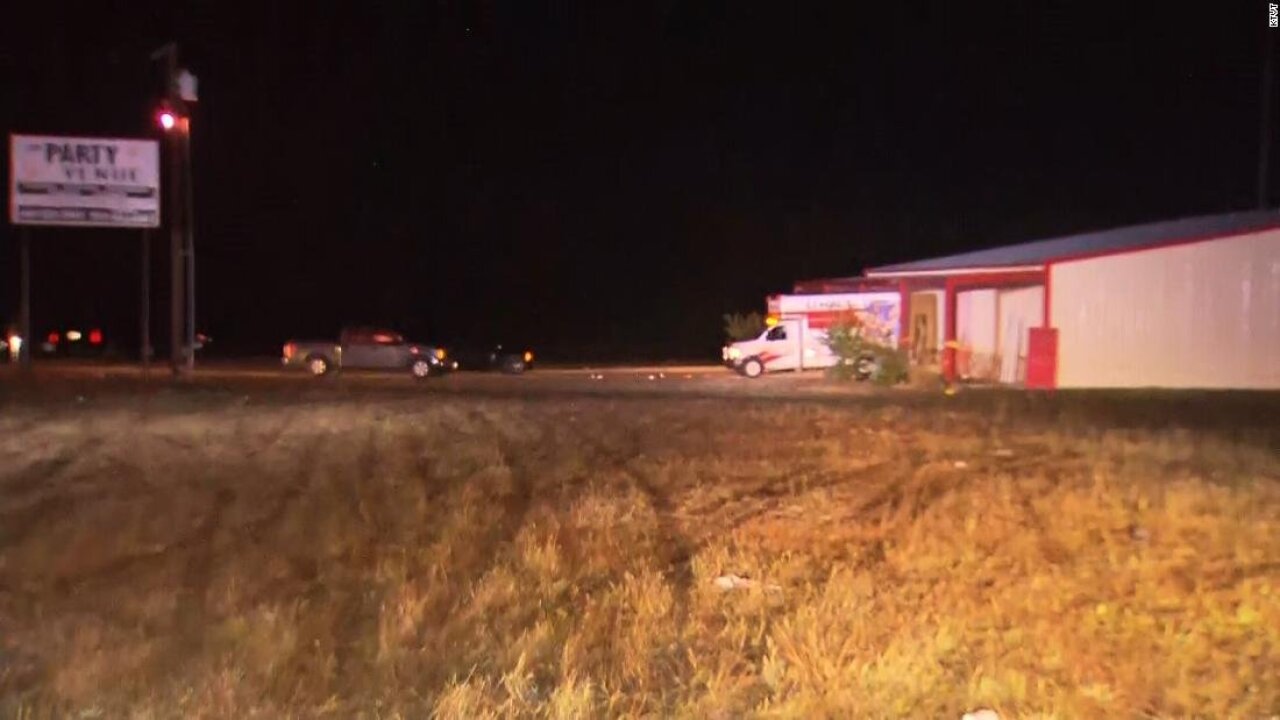 ** Embargo: Dallas-Ft. Worth, TX ** A manhunt is on for a gunman who opened fire at an off-campus homecoming party near Greenville, Texas, killing two people and sending 14 more to area hospitals, police said Sunday.

GREENVILLE, Texas — A manhunt is on for a gunman who opened fire at an off-campus homecoming party near Greenville, Texas, killing two people and sending 14 more to area hospitals, police said Sunday.

Efforts to find the shooter are being complicated, however, by witnesses’ reticence, Hunt County Sheriff Randy Meeks told reporters.

“It appalls me that, as many folks that were there, (they) have not been able to give us a better description of this shooter,” the sheriff said. “Due to the many different descriptions being provided by those in attendance at that party, we unfortunately do not have any solid suspect information to provide at this time.”

The party was organized by a group called Good Fellows, some of whose members are students at Texas A&M University-Commerce, though the event was not sanctioned by the school, Meeks said.

Of those injured, 12 were shot, he said. Other victims suffered cuts and other injuries from escaping through windows. Five of the victims are being treated at Medical City Healthcare facilities, said hospital spokesperson Melissa Sauvage. They are between 19 and 21 years old.

“When the shots were fired it was complete chaos as people fled for safety and deputies attempted to locate the shooter,” Meeks said.

Investigators have yet to identify a suspect or motive, but evidence and witness accounts lead police to believe the gunman walked in the back door of the party, Meeks said. The initial investigation suggests the shooter was not a partygoer but that he likely got to the party before deputies arrived in response to an unrelated complaint, the sheriff said.

It also appears, from one witness account, that the shooter targeted his first victim before randomly opening fire with his handgun, the sheriff said.

There were bullets on the floor of the venue, but most of them were part of a Halloween costume, he said.

Police have interviewed about 20 witnesses, and “none of them (has) given us a good description of the shooter or who they think he may be,” Meeks said. There are no surveillance cameras at the venue, either, he said.

The FBI and Texas Rangers are assisting in the investigation, he said. A man wearing a Bureau of Alcohol, Tobacco, Firearms and Explosives jacket was also at the scene.

There was an off-duty policeman from nearby Farmersville at the event, but the officer was at the front of the venue when the shooting broke out and did not see the gunman, the sheriff said.

“It was packed,” Meeks said. “It gave the opportunity for this shooter to be able to accomplish whatever he wanted to accomplish. When you have this many people in one place, it’s an easy target for somebody and then we just had one security guard there. There’s no way he could control everything that went on.”

There were about 750 people at the party, about 90% of whom were in their teens or early 20s, said Meeks, imploring the parents of the young people to urge their children to come forward if they know anything.

Authorities first responded to complaints of vehicles parked along the highway, Chief Deputy Buddy Oxford said, and the shooting began about 15 minutes after they arrived.

“Our thoughts and prayers are with the victims, families, and friends of those affected by this morning’s shooting in Greenville,” Texas A&M University-Commerce said in a statement.

Earlier, the school’s police department tweeted there was an event outside Greenville that “may or not have involved students,” and there was no active shooter in Commerce, which is about a 20-minute drive from Greenville.

The university concluded its weeklong homecoming celebration Saturday with a 62-21 football win over the Western New Mexico Mustangs.

Video from CNN affiliate KTVT showed a large police presence near the event rental space. The owner of the venue told CNN that a Texas A&M University-Commerce fraternity had rented the space.

The owner declined to provide details about the shooting.

The Party Venue resembles a warehouse, and its Facebook page says it’s available for weddings, quinceañeras, high school reunions and other private parties. In a March post, it boasts a capacity of 500 people.

Hunt Regional Medical Center confirmed it received patients, but would not provide a number or any information on the nature of their injuries. Medical City Plano said it was treating three patients.

Meeks lauded two of his employees for their response: a patrol sergeant who rushed a victim with life-threatening injuries to the hospital and a deputy who triaged victims on the scene until ambulances arrived.