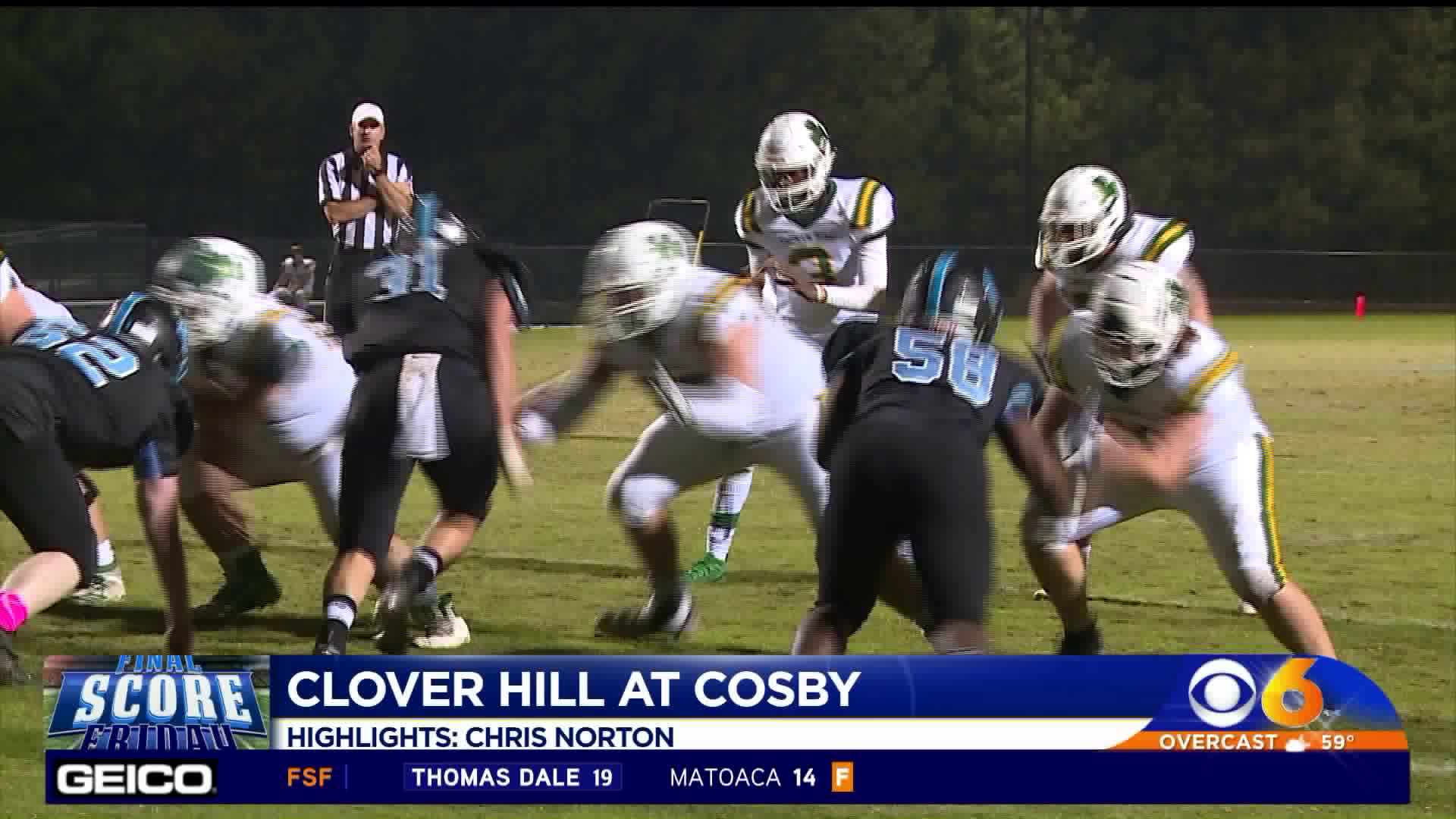 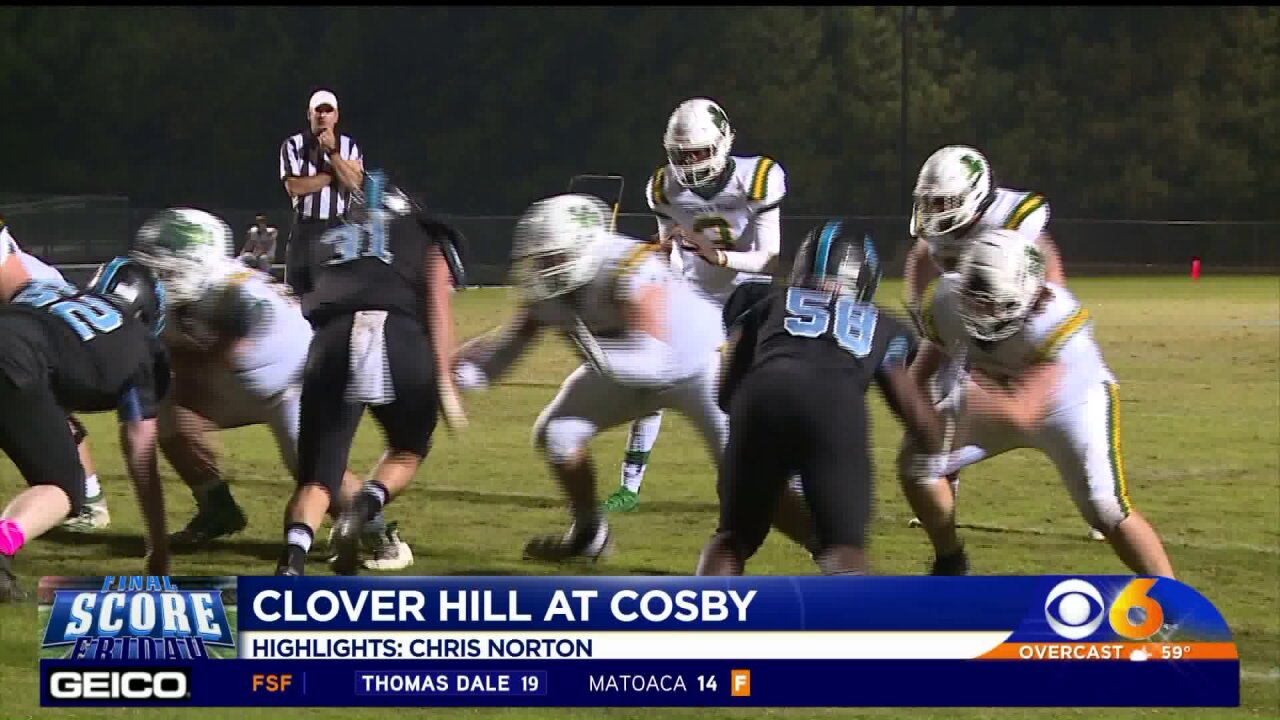 Chesterfield, VA - In this Chestfield County rivalry, Cosby has had the upper hand in recent years winning seven of eight.  This night, it was the Cavaliers who would get the last word behind a dominant defensive effort in a 31-14 win.

The Cavaliers would hold the Titans to just 20 rushing yards and 177 yards of total offense as they won at Cosby for the second straight time.

Clover Hill jumped out to a 28-0 lead in the first half behind quarterback K.J. Patterson.  He accounted for all four first half td's, two rushing and two passing.  Patterson had over 200 yards of total offense in the game.

Cosby would get two second half passing touchdowns from Josh Powell to Cole Magnusen but he would also tossed two interceptions as the Titans have lost two straight after five wins in a row.

Clover Hill has won six games for the first time since 2011.