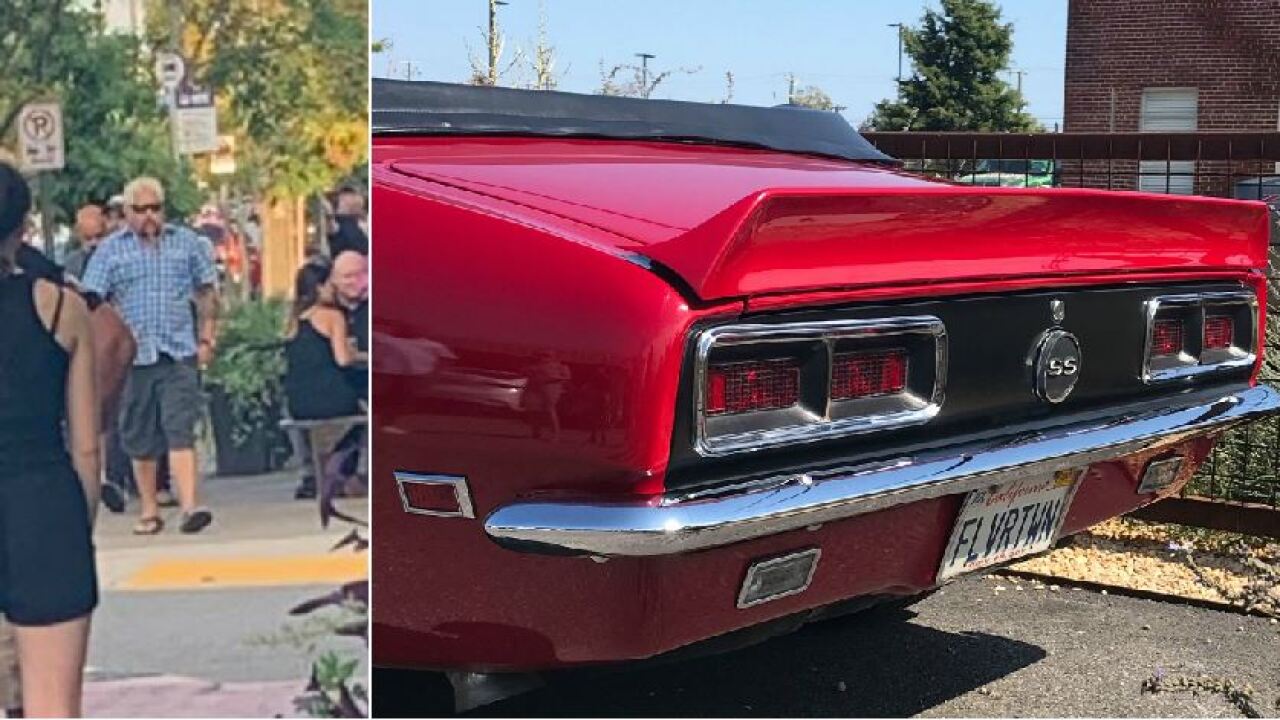 RICHMOND, Va. – Celebrity chef Guy Fieri made a pit stop in Richmond last month and now we know why. A Richmond restaurant will be featured on the newest season of ‘Diners, Drive-Ins and Dives.’

The Food Network superstar was spotted on Cary Street in the Fan and in Scott’s Addition. He visited the Fancy Biscuit, ZZQ, and Pop's Market on Grace.

The Richmond Times-Dispatch also reported Perly’s restaurant was on Fieri’s list of places to visit.

According to a listing on the ‘Diners, Drive-Ins and Dives’ website, Richmond will be featured on November 22 episode titled "Cruisin Capital Cities."

It isn't clear what restaurants will be profiled but the episode description mentions "a classic deli cookin' modern tastes like duck pierogis and Jewish egg rolls."

The episode is scheduled to air on the Food Network on November 22 at 9 p.m.