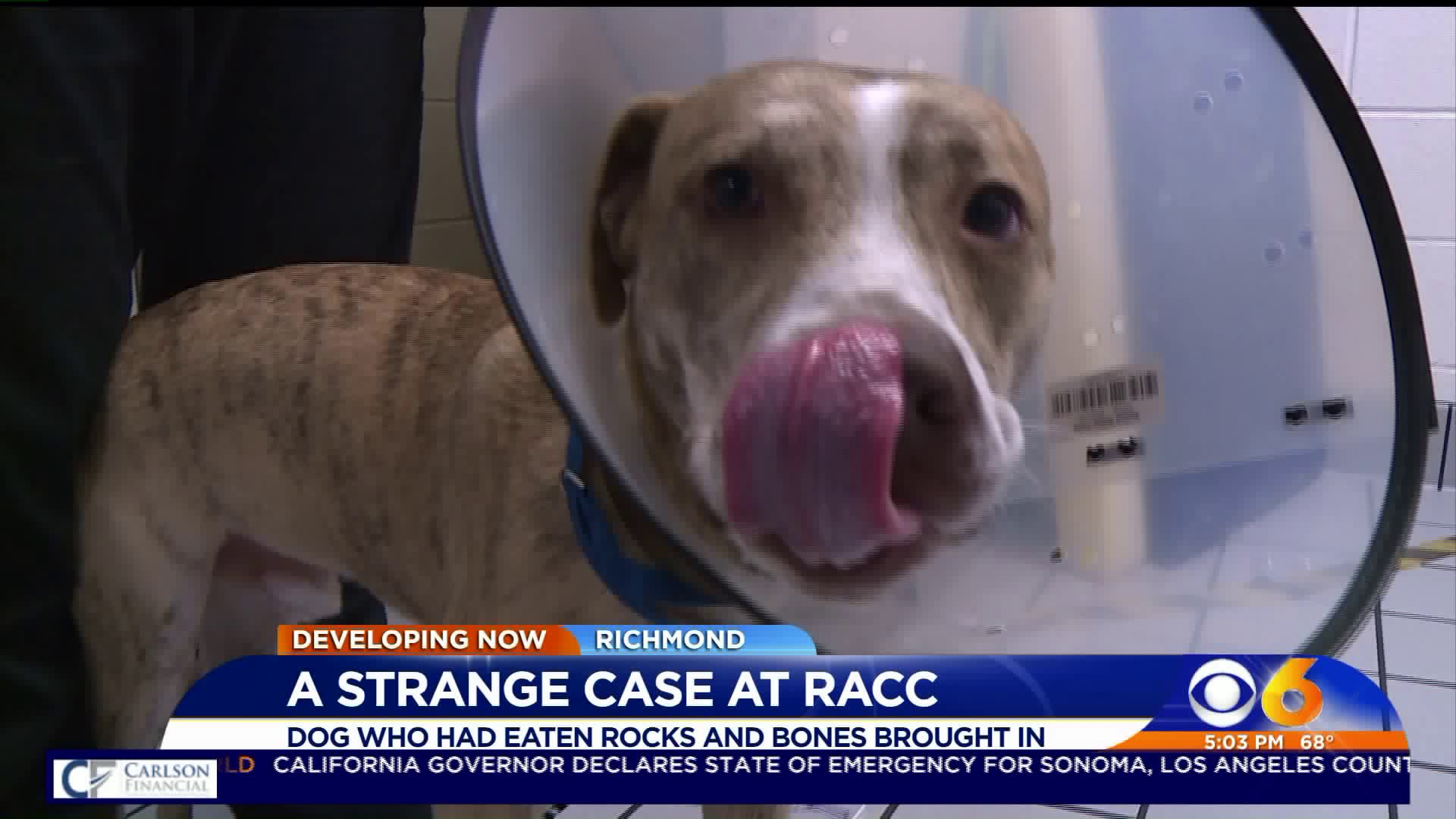 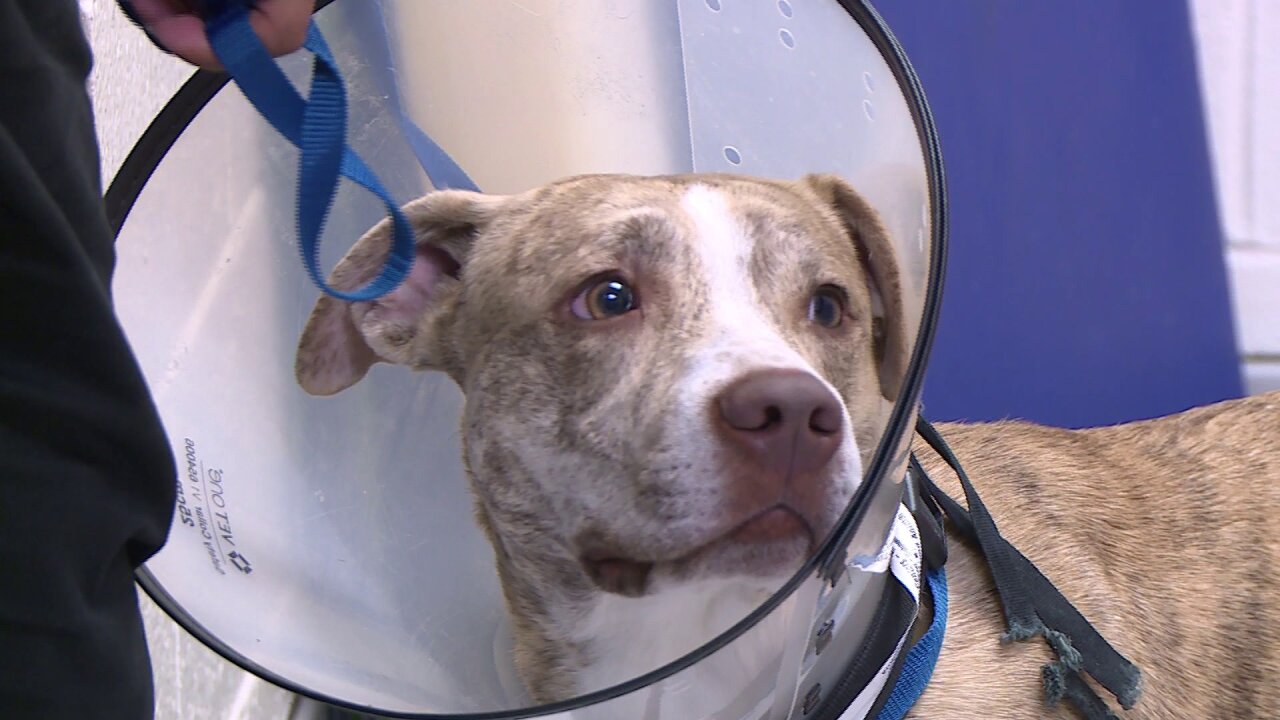 RICHMOND, Va. -- A stray dog picked up in the City of Richmond had surgery Friday to remove a large amount of bones from its stomach.

Richmond Animal Care and Control (RACC) found the stray pitbull-mix and admitted it to the Chamberlayne Avenue shelter on Wednesday.

"He arrived at RACC 2 days ago and started vomiting giant pieces of bone," according to a shelter post on Facebook.

X-rays then showed "what looks to be a belly full of large bones or rocks" sitting in the dog's stomach and intestines.

The partnership that VVC shares with the shelter nonprofit RACC Foundation has allowed dogs like Mr. Flintstones a second chance.

"It’s surgery or euthanasia. There’s no other option," Peters stated. "We are grateful in that fact that he’s here because he’d die if he didn’t get emergency vet care."

68 bones, but no rocks, were found in Mr. Flinstone's stomach, Peters said.

In recent months, dogs with stomachs full of string and carpet have also required emergency surgery.

The dog will be up for adoption in a few weeks if its previous owner doesn't come forward.