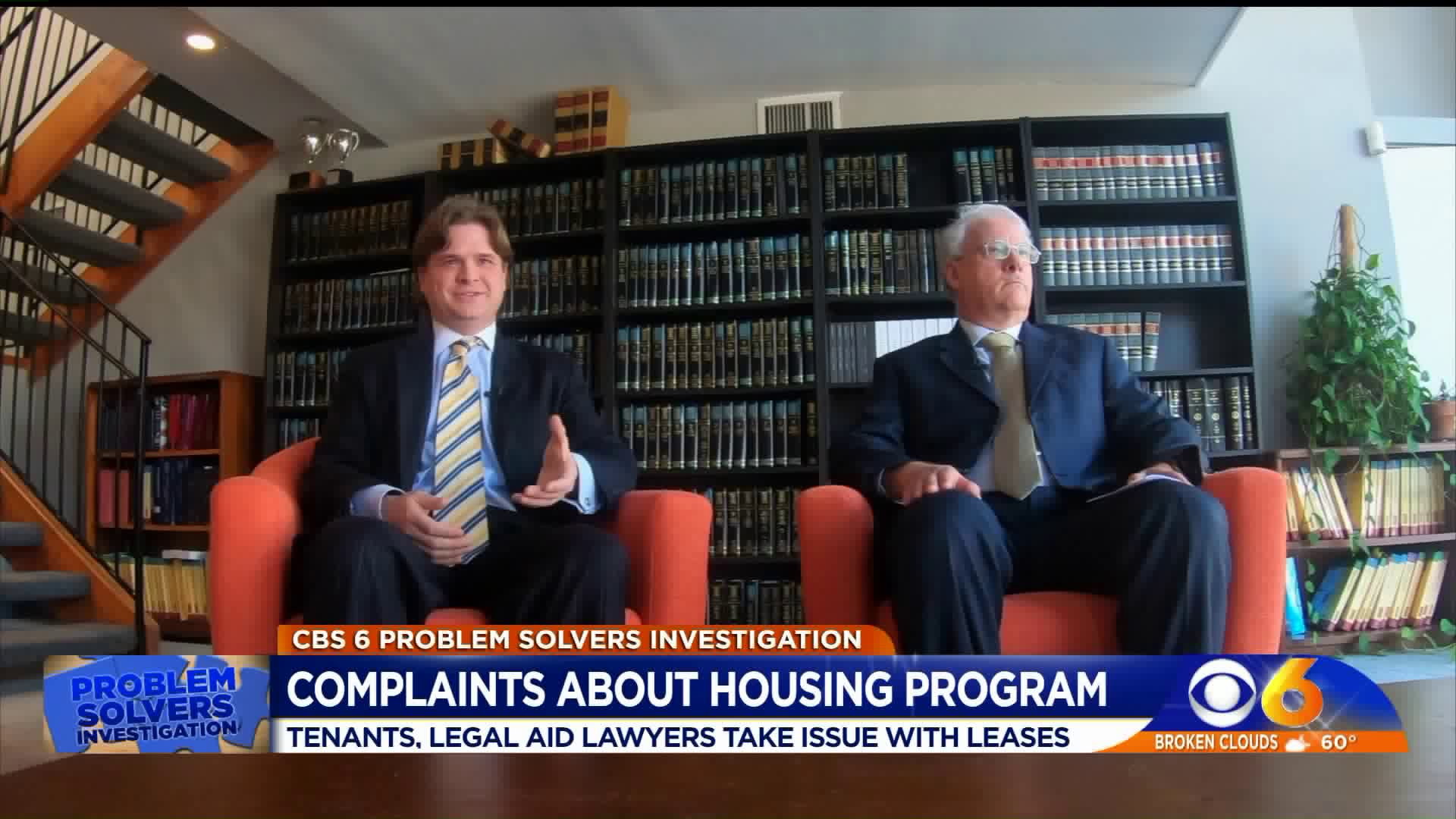 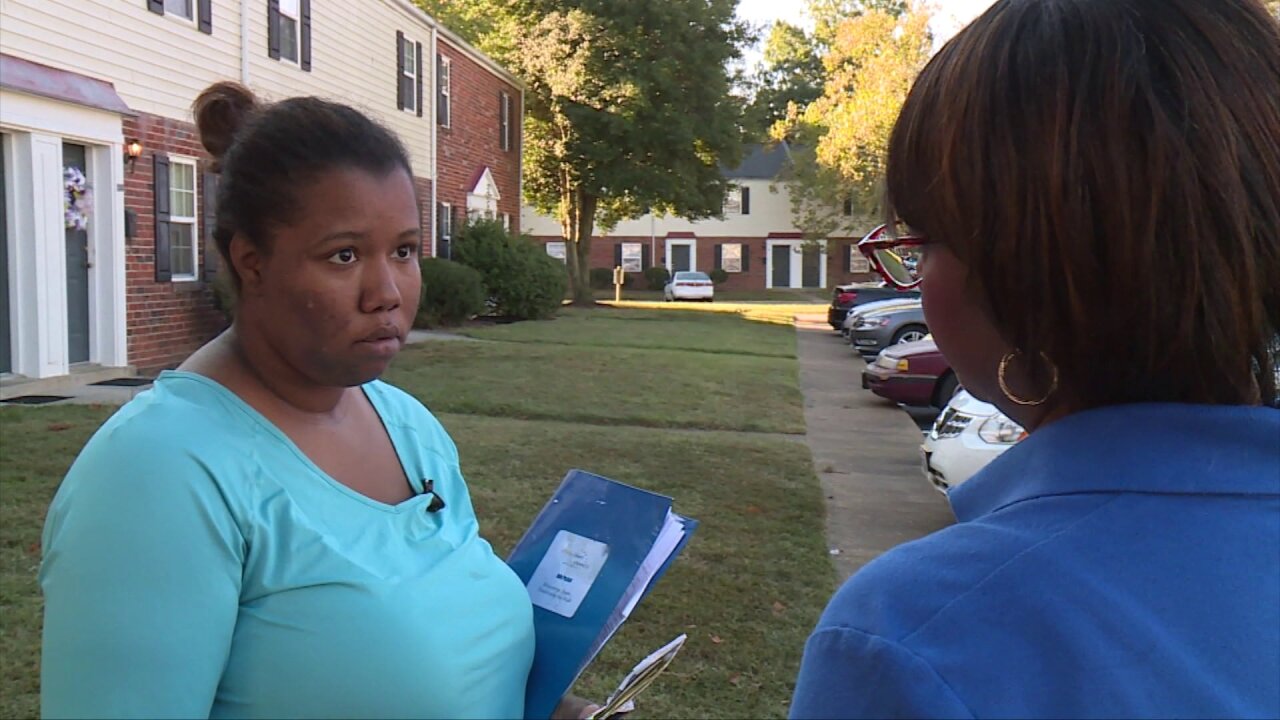 RICHMOND, Va. -- JumpStart University advertises itself as an organization designed to lend a helping hand and find those with bad credit a decent place to live. But several renters and legal aid lawyers are speaking out about the non-profit group, which they claim is violating the state’s landlord-tenant laws.

The organization’s Facebook page states that it accepts clients with bad credit, evictions, bankruptcies, and those who receive benefit checks.

Latanya Patillo, Marlene Henley, and Kiana Jones tell CBS 6 that is what first attracted them to the group and its founder, Carl S. Vaughan.

With his help, the women moved into various apartments complexes in Henrico County, after paying JumpStart University initial deposits between $1,000 and $2,000.

It was money the women say they were told was not refundable. But that’s different information than what was on the leases they showed to the CBS 6 Problem Solvers.

The women say they were also under the impression that Vaughan was their landlord.

Jones says when she moved into her apartment in Sandston, Vaughan told her that JumpStart owned the units in the front of the complex – where she lived – while Gerwyn Manor owned those at the back. But her lease says otherwise. It shows that her apartment is managed or owned by Gerwyn Manor.

That wasn’t the only confusion.

The three tenants all say they were required to pay additional fees to JumpStart, though they weren’t sure what that money was for.

“Originally our rent is $952, and we pay like $125 dollars to Mr. Vaughan,” Jones said. “He says it is money that goes towards his company for getting us this apartment.”

Henley said she also had to pay a fee in addition to the rent.

Patillo says she was charged several hundred dollars for a pet fee, when she never even owned a pet.

All three women say it was not long before they started questioning some of the stipulations in their leases. For instance, they were told to not report maintenance issues to their rental offices. Instead, they say they were required to contact Vaughan, who acted as their landlord, despite him not owning the properties.

Then, just a few months after moving into their apartments, each woman says they received a five-day eviction notice from Vaughan, claiming they owed him money.

But the women claim Vaughan was wrong, and say they had receipts to prove it.

Patillo says she would receive several eviction notices from Vaughan, and contends that every time it was incorrect.

“We also received a text stating the accounts weren’t accurate, so I had questions on that,” Patillo said. “If they’re not accurate, how are you saying I owe all this money?”

“I paid for February and then he stated on the paperwork that I was late for February 8th because he said I owed for February’s rent,” Henley said. “I said, ‘Wait a minute. I paid you first month’s rent and a security deposit. Why do I owe you for February?’“

The women say JumpStart University and Vaughan took them to court several times, trying to evict them over past due rent. Even though Patillo, Henley, and Jones say they did not believe they owed Vaughan anything, they say they ultimately paid the money, because they didn’t want to risk losing their homes. Afterwards, Vaughan would have the cases dismissed.

“I have three little kids. You’re wondering to yourself, ‘Should I, or shouldn’t I?’ I was in that predicament,” Patillo said.

“You just don’t want to argue,” said Henley. “You’re like, okay, let me pay this. Then it began to be a repeated pattern.”

The three women say they grew tired of constantly living with the threat of eviction hanging over their heads, in addition to changing requirements.

One of those regarded the way they paid their rent.

Initially, they say that money orders had to be made out to JumpStart University. But the women say they were later instructed to send their rent money a company with a different name: Vasilios Education Center, or VEC.

A check of Virginia SCC records shows that JumpStart University is the registered agent for Vasilios Education Center, a corporation that was formed in August 2018.

“They changed their name to VEC. They sent the information through a text message,” said Jones. “It was basically telling us that JumpStart University is no longer to be put on our money orders. Put VEC because we just changed our company’s name.”

Brenda Coles, a civil rights activist with the Richmond chapter of the National Action Network, also got involved. She says that renters that find themselves in similar situations should seek help.

"Certainly we want others to come forward, we do need to stop this,” Coles said.

Martin Wegbreit and Palmer Heenan with the Central Virginia Legal Aid Society say their agency has represented more than two dozen JumpStart University tenants in the past year and a half. They represent Patillo and Jones, and they say the stories shared with them from other tenants mirror the issues these three women have encountered with JumpStart University.

“There has been, in my experience, a churning of unlawful detainers or evictions,” said Heenan. “When a person reaches out and obtains legal counsel, the cases are dismissed by JumpStart. I think that’s interesting to note.”

Both say when they reviewed each JumpStart University lease, they spotted glaring civil violations.

“You have to tell the tenant it’s a sublease and you are not the owner and JumpStart doesn’t do that,” Wegbreit said. “They authorize in the lease people moving in and out of the unit without going to court. That’s absolutely illegal. Their lease says they have no duty to repair, that’s against the Landlord Tenant Act. The lease says they cannot refund security deposits. That’s absolutely a violation of Virginia landlord-tenant laws. It goes on and on.”

“You can imagine being in the position, like, well, either it’s pay the extra amount that I’m told to pay, or I’m homeless. What choice do I really have?” Heenan said.

The CBS 6 Problem Solvers contacted Carl Vaughan multiple times in an attempt to hear his side. He initially agreed to an on-camera interview, then canceled, saying he needed to speak to an attorney. Vaughan ultimately declined to go on camera, and at his attorney’s direction pointed us to the JumpStart University website for information on the programs they offer.

Via phone, without giving specifics about each case and citing privacy reasons, Vaughan said many tenants were behind on rent. He said that under the Virginia Landlord Tenant Act, he was within his rights to file unlawful detainers.

CBS 6 later spoke with Vaughan’s attorney, Jerrell Williams, who told us that Vaughan disputed the claims of the three tenants and the attorneys with the Legal Aid Society.

He added that Vaughan is within his rights to evict the tenants if they are not paying rent, and because JumpStart University is subleasing the properties, Vaughan owns the rights to the apartments as a sublandlord.

Williams also said JumpStart University rented the apartments from various complexes around town, and the nonprofit would pay the rent up front and then be reimbursed by the tenants they were subleasing to.

He explained to the Problem Solvers that JumpStart University has worked with tenants in the past if tenants reported to Vaughan that they believed there was a discrepancy in their charges.

He also pointed out that when tenants who were behind in their rent paid their balances, Vaughan would dismiss the cases.

For the time being, the three women are still staying in the apartments that they rented through JumpStart University. A Henrico General District Court judge has scheduled a contested hearing for December 18th, at which time Patillo, Henley, and Carl Vaughan will make their cases before the bench. The women say that, until that time, the judge has instructed them to put their monthly rent into an escrow account held by the courts.

The CBS 6 Problem Solvers will continue to follow this story.