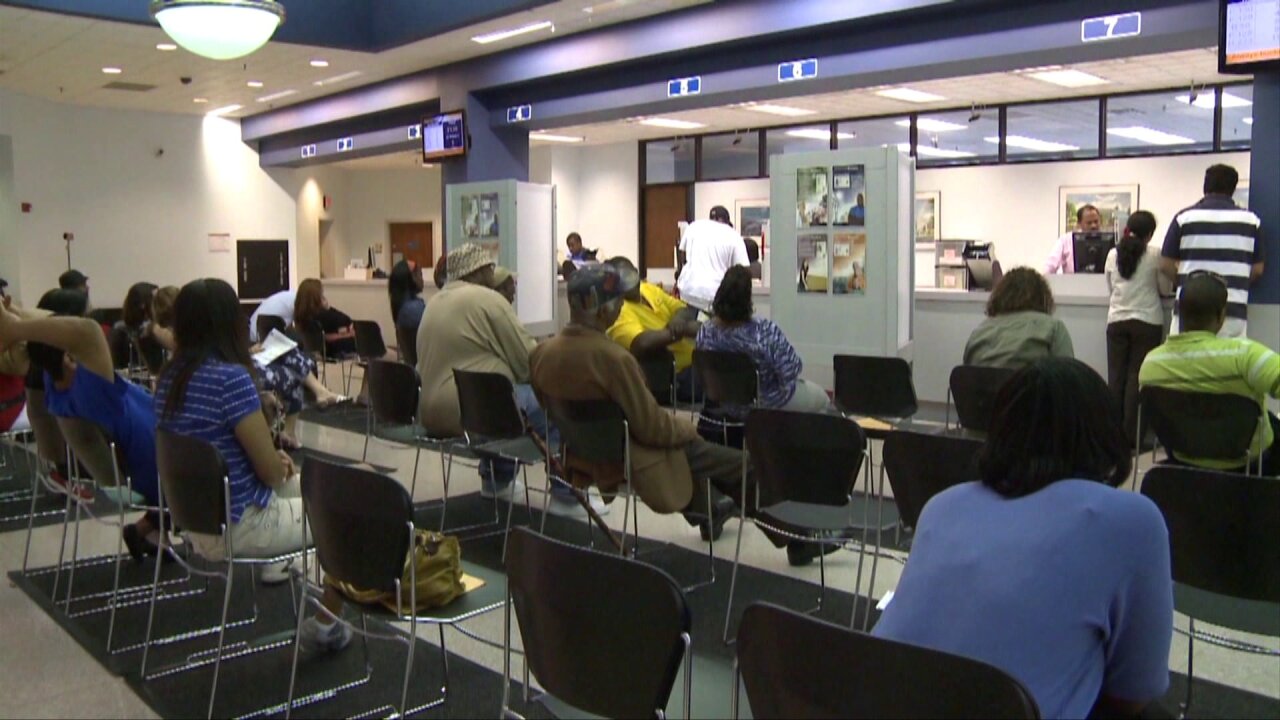 RICHMOND, Va. — After noticing his driver’s license was set to expire, Loudoun County resident John Akins paid a visit to the Virginia Department of Motor Vehicles Friday. This time he’ll obtain a Real ID-compliant driver’s license — a new requirement for many Americans.

Virginians have until Oct. 1, 2020 to acquire a Real ID-compliant driver’s license or ID if they would like to travel by plane or access certain federal facilities. As the deadline approaches, the Virginia DMV has increased staffing at customer service centers.

“We’ve had more than 700,000 Virginians already receive a Real ID,” Matthew Butner, a spokesman for the Virginia DMV, said. “The main driver I think is the air travel piece.”

It is optional to acquire a Real ID, but federal agencies will not be able to accept non-Real ID licenses or IDs after next year’s deadline. Access to Transportation Security Administration security checkpoints will require either a Real ID or a passport for domestic and international flights.

Some military bases already require a Real ID for access.

The Real ID Act, which was passed by Congress in 2005 at the recommendation of the 9/11 Commission, establishes minimum security standards for state-issued IDs, such as driver’s licenses. According to the Department of Homeland Security, the security standards required for the Real ID itself and the process of obtaining it include:

“Information and security features that must be incorporated into each card; application information to establish the identity and immigration status of an applicant before a card can be issued; and physical security standards for facilities where driver’s licenses and applicable identification cards are produced.”

Akins, a computer engineer, said he knew Real ID is intended to provide an increased level of security when traveling, but he noted that the look of his new driver’s license and the process for obtaining it wasn’t drastically different than the previous procedure.

“This process wasn’t unlike any other time I’ve renewed my license, although obtaining a Real ID-compliant license required an in-person visit to the DMV,” Akins said. “I was surprised to see that the only discernible difference between my original driver’s license and the Real ID license was a small solid black circle with a star in the center, in the upper right corner of the license.”

To meet demand for the new IDs, DMV has increased staffing at service centers. The organization also has expanded its mobile outreach program, which travels throughout the state providing Real IDs.

“We also have added DMV Connect teams, which are doing a ton of work for us,” Butner said. “These are two-to-three person teams, they have a laptop, a camera, and a signature pad and they can go out and do any DMV transaction other than testing and vital records.”

Earlier this month, Gov. Ralph Northam announced that the state has been issuing Real IDs at all Virginia Department of Corrections facilities to formerly incarcerated people.

“We are fully committed to ensuring returning citizens have access to the support they need to successfully reintegrate into society,” Northam said in a press release. “Having identification that is Real ID-compliant will be a valuable tool in reducing recidivism and helping them start out on a positive path upon release.”

Butner encourages Virginians who still need to obtain a Real ID to do it sooner than later.

“We are seeing increased wait times, and that’s just simply due to the volume of customers that are taking advantage of Real ID,” he said. “It’s only going to get more crowded as we head towards Oct. 1, 2020 … don’t wait until the last minute.”

One proof of identity and legal presence

One proof of social security number

If proof documents contain different names (for example, if the last name on a birth certificate is different than the name on a payroll check stub), it’s necessary to supply documents showing proof of the name change, such as a marriage certificate, divorce decree, or a court order.