Swarms of flies may be tied to ‘industrial sludge’ in New Kent: ‘I can’t live like this’ 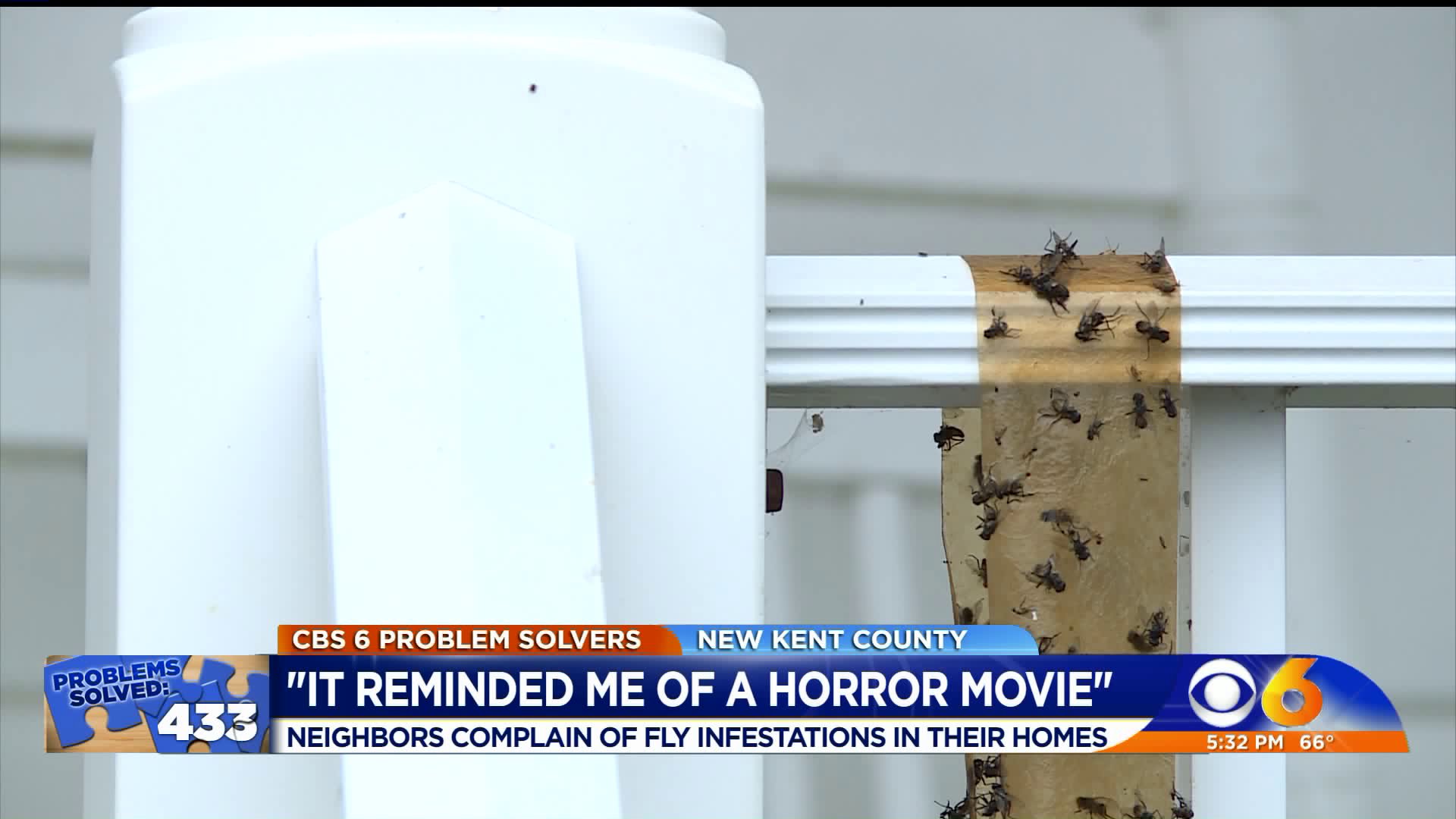 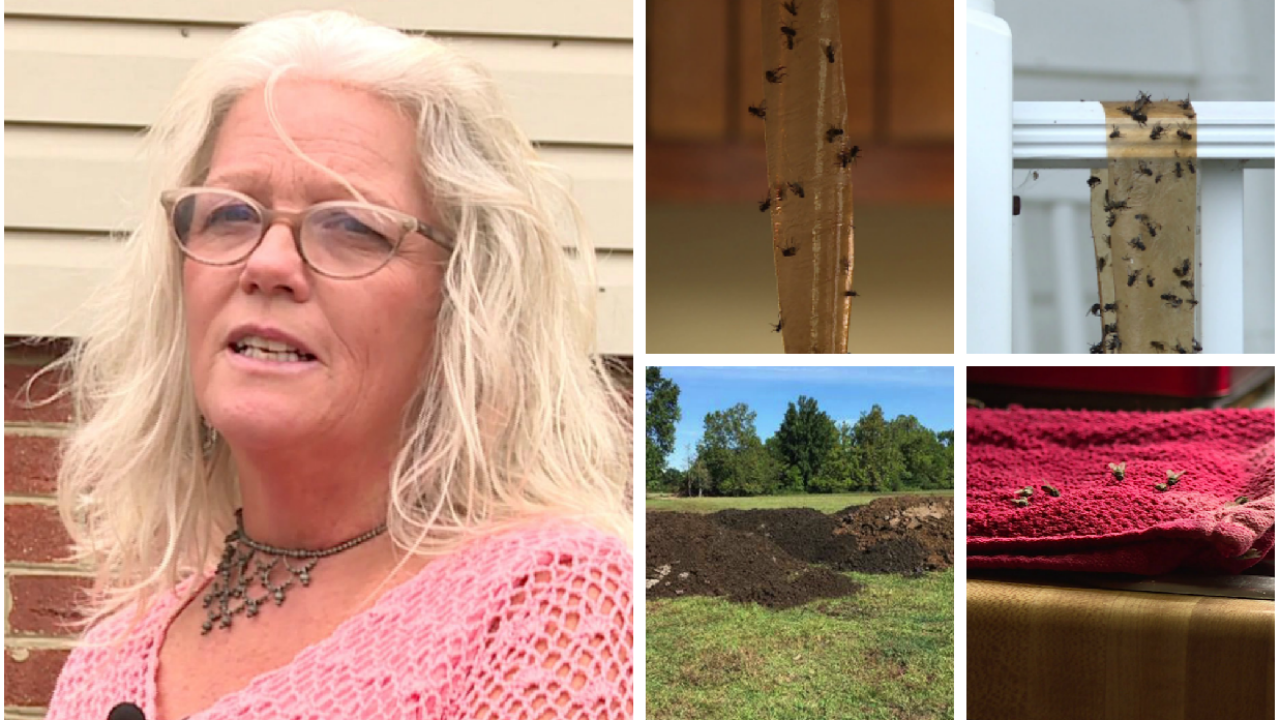 NEW KENT COUNTY, Va. -- Families are living among swarms of flies that have infested their New Kent homes and "industrial sludge" may be to blame, according to county officials.

Donna Foster said she noticed a change in her Tunstall Road neighborhood in mid-September.

"It started off with that bad odor," she described. "You couldn’t breathe and you couldn’t go to your mailbox."

Then, flies began covering the siding of her home and garage of 14 years. The bugs eventually made their way into her kitchen and basement crawling on nearly every surface.

"It reminded me of a horror movie, especially on Sunday when they were so so bad. They were in piles," Foster recalled. "Children cannot play. People can’t feed their babies because the flies want to come around their milk when they’re eating."

Gwen Debose and her family live next door with a similar fly invasion.

"You can’t even go walk outside to check your mailbox without being bombarded by the stench and the flies," Debose stated. "We don’t go outside. We don’t grill out or cook food."

Both women said they have tried everything to curb the issue by using fly traps and spraying repellents to no success.

New Kent Board of Supervisor Thomas Evelyn described the situation as "nasty."

"The flies really came to my attention this weekend," Evelyn said. "It’s a quality of life issue."

In a statement, the Board and County Administration said they "are aware of the situation concerning the agricultural land application of industrial sludge along Tunstall Rd., and have been actively seeking resolution of citizen concerns."

Evelyn said he spoke to a farmer on Tunstall Road who recently spread fertilizer on his property.

The product is more commonly referred to as an industrial residual, which is labeled and registered as "MGro," according to Virginia Department of Agriculture and Consumer Services (VDACS) Director of Communications Elaine Lidholm.

The fertilizer has been approved statewide as a soil amendment -- essentially the co-product from the manufacturing process at the WestRock Paper Mill in West Point.

"We do require licensing of firms and registration of industrial co-products for use as a fertilizer, soil amendment or horticultural growing media if they meet our requirements. Sludge is considered a soil amendment. We do not regulate the application of these products," Lidholm said in an email.

Virginia Department of Environmental Quality (VDEQ) was first approached with permitting the material prior to 2013, according to Neil Zahradka, a manager from the department's Quality's Office of Land Application Programs.

Once the residual was registered as a soil amendment with VDACS in 2017, it was no longer required to be monitored by the DEQ.

Evelyn said farmers are not required to notify the county when they apply "MGro." He wants to call on lawmakers to change the laws regarding these soil amendments.

Evelyn asked for VDACS to investigate whether the flies are tied to the sludge.

Families impacted by the problems hoped the issue is solved before they have to think about moving.

"We’ve got to do something because we can’t live in a house like this," Foster said.

New Kent County officials said they are currently working to schedule a community meeting "for the public to learn about land applications of industrial sludge, and biosolids within the County, as well as the separate state agencies who provide program and implementation oversite, as well as permitting."