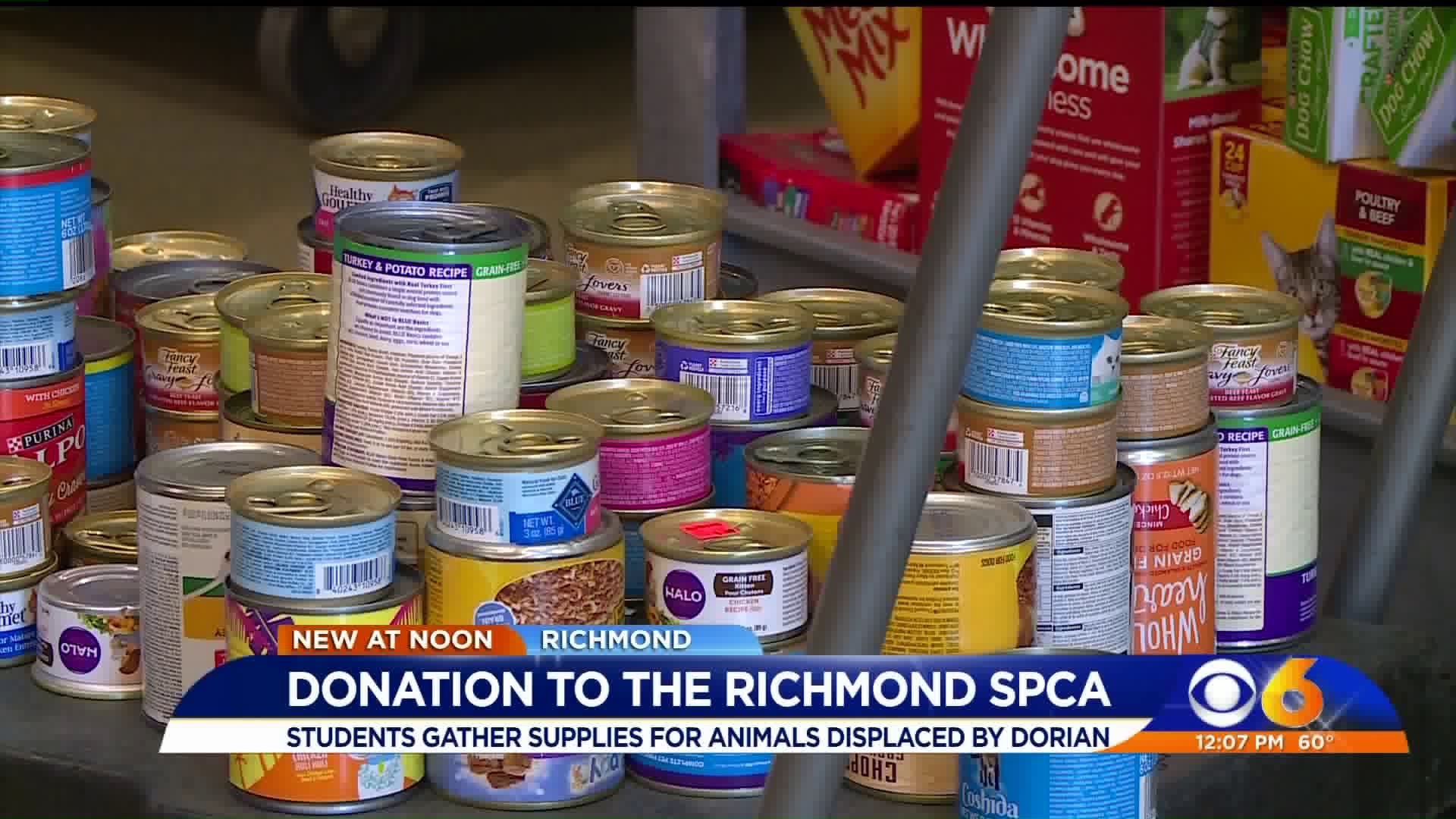 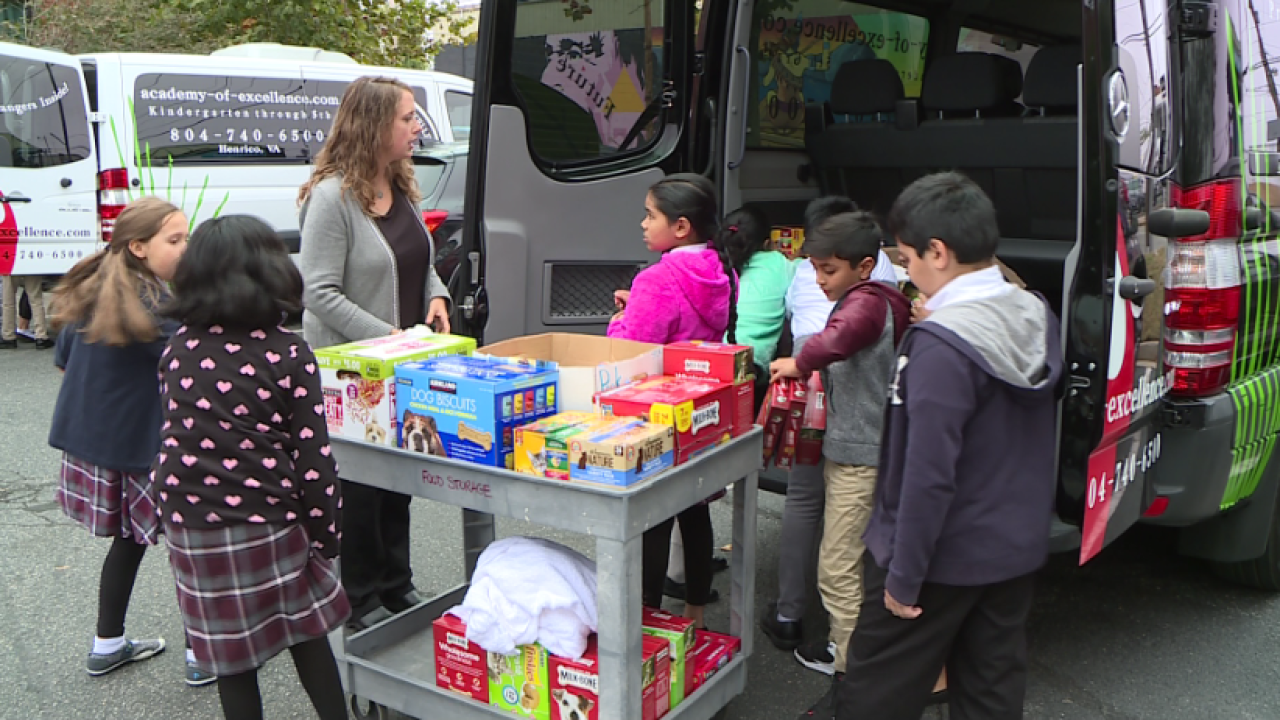 RICHMOND, Va. – Dozens of cats and dogs displaced by Hurricane Dorian have received a helping hand thanks to donations from a group of Henrico private school students.

Third, fourth and fifth graders at the Academy of Academic Excellence donated approximately 1,000 items to the Richmond SPCA. The students arraigned a collection drive after hearing about animals affected by Hurricane Dorian's devastation.

The fifth graders said once they saw the devastation on TV, they knew they wanted to do something to help the animals.

“We have made a difference in the world and we have donated to help and the whole school has collaborated to get so many things,” said fifth-grader Palak Kundalia.

The Richmond SPCA welcomed more than 30 dogs and cats from shelters in Nassau and Cook counties in Florida as Dorian approached the areas. The shelter also brought in four dogs from the Bahamas after the storm ravaged the island.

“It’s amazing when students are inspired by their compassion for animals to give back to animals who are in need of homes and to support a charity like the Richmond SPCA by collecting these items,” said Richmond SPCA Communications Director Tabitha Treloar. It’s so heartwarming to see children have such a deep love of animals.”

The students had the opportunity to take a field trip to Richmond SPCA and spend some time with some of the animals and drop off the donations they collected.