Man who was wrongly accused of rape, spent 7 years in prison speaks at VCU 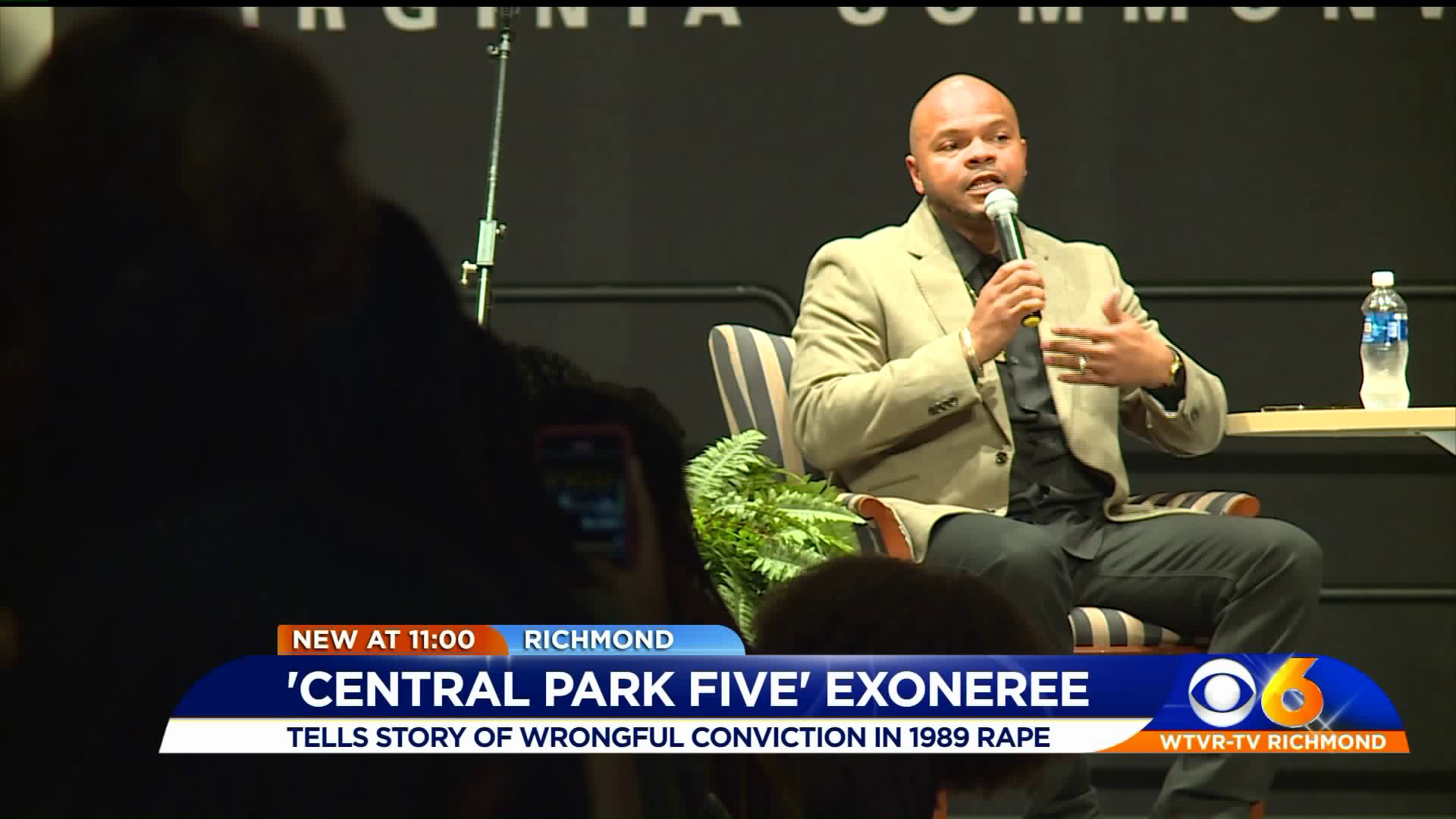 RICHMOND, Va. -- Inside a packed VCU ballroom Tuesday, dozens of students listened to Kevin Richardson share the story of how he spent seven years in prison for a crime he did not commit.

Richardson was one of five black teenagers known as the "Central Park Five" who were wrongfully accused of raping and beating a woman, Trisha Meili, who was jogging through Central Park in New York in 1989.

Richardson said he was in the park that night just trying to get home.

"And being guilty by the color of your skin, I ran because everybody else did and I don't want to be behind and that's when I hopped back into the park and how I got arrested in the park," said Richardson.

Now 45, Richardson said the night scarred him for the rest of his life.

"I always tell people there were six victims in this," said Richardson. "The lady, because she did get raped, but they had the wrong people."

Richardson was 14 at the time of his arrest. He ended up spending seven years behind bars.

In 2002, a man named Matias Reyes confessed that he was the rapist of Meili back in 1989. His DNA was a match.

Richardson and the other four men`s convictions were vacated. Now, the group known as the "Exonerated Five " are telling their stories in person and through Netflix.

Richardson and the "Exonerated Five" collaborate with the non-profit called the "Innocence Project" that aims to help those wrongfully convicted.

You can watch their story on Netflix through the series, 'When They See Us.'