There are more wealthy Chinese than Americans for the first time 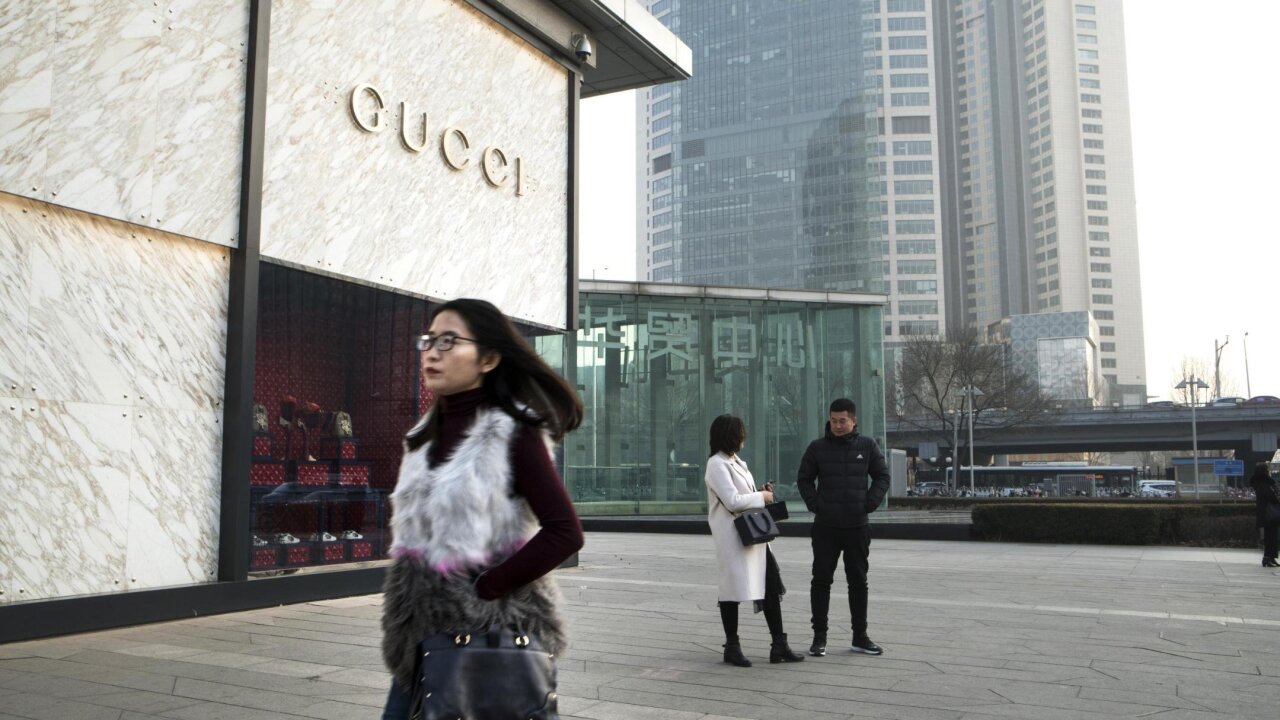 Pedestrians stand outside a Guccio Gucci SpA store in the Wangfujing shopping area of Beijing, China, on Saturday, Jan. 12, 2019.

For the first time, there are more rich Chinese than Americans in the top 10%.

A new report from Credit Suisse shows that wealth in China is ticking up, and the country now accounts for 100 million of the richest 10% of people in the world. There are 99 million Americans in the same category.

The United States still has many more millionaires — 18.6 million, or 40% of the world’s total, versus 4.4 million in China. It’s also adding to the millionaire count at a faster clip. The report credits low interest rates and Republican tax cuts for the country’s 11th consecutive year of rising wealth.

The average American is also still much richer than their Chinese counterparts, with US wealth per adult at $432,365 compared with $58,544 in China.

But China holds claim to a growing piece of the pie, replacing Europe as the principal engine of global wealth growth. That’s in spite of the trade war that’s weighing on the nation’s economy.

The report highlights the extent to which global wealth is concentrated at the very top. The bottom 50% of adults account for less than 1% of total wealth, while the top 10% own 82%. The top 1% alone owns almost half of all global assets, according to Credit Suisse.

Still, the picture of wealth inequality since the 2008 financial crisis is complicated. While artificially low interest rates and bond-buying programs from central banks led to a boom in asset prices, raising the share of the top 1% of wealth holders, inequality “continued to decline for those below” that segment, Credit Suisse notes.

“While it is too early to say that wealth inequality is now in a downward phase, the prevailing evidence suggests that 2016 may have been the peak for the foreseeable future,” the report’s authors write.