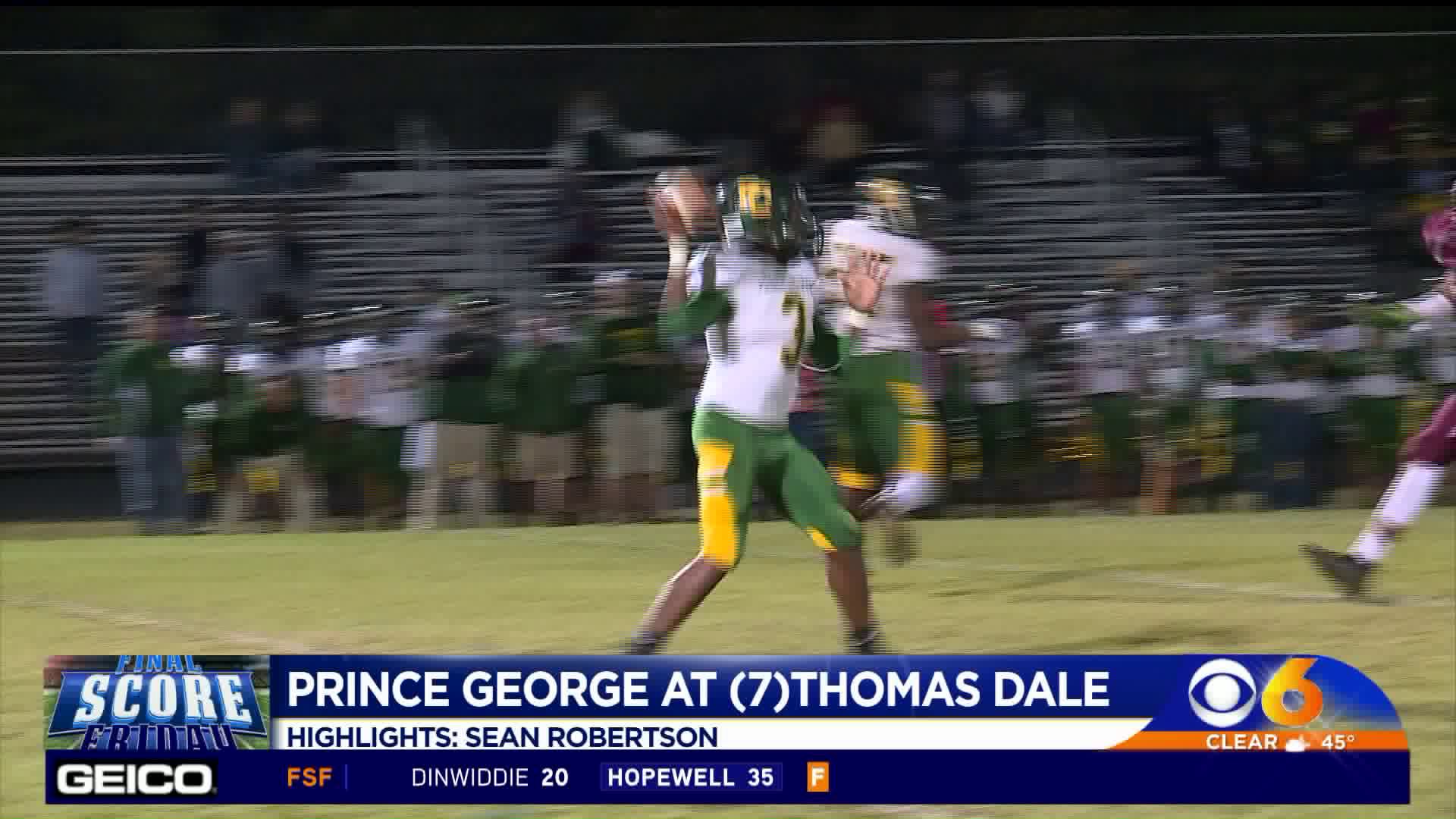 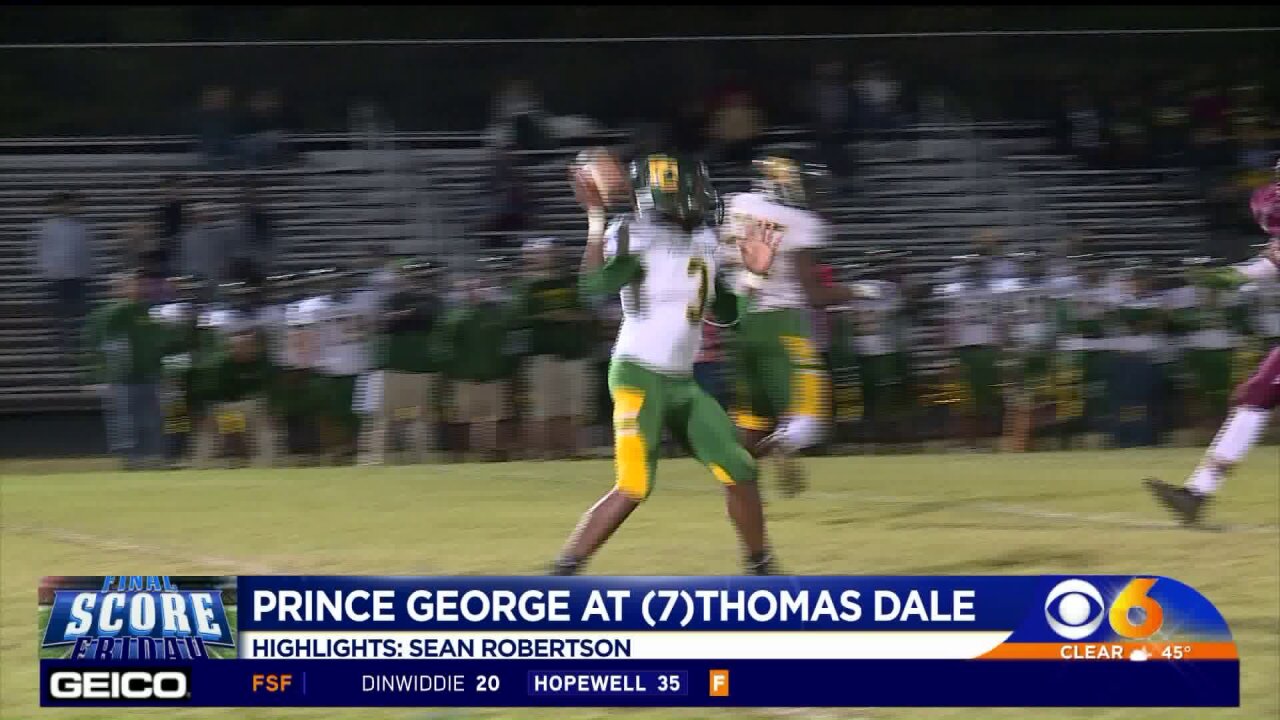 Chester, VA - 18 years, 18 games and the same outcome with Thomas Dale on top of Prince George.  However, this year's Royals team didn't make it 19 straight seasons.  Tahir Johnson rushed for 130 yards and a touchdown as Prince George beat Thomas Dale 23-20 for the first time since 2000.

Knights running back Chris Tyree scored the game's first touchdown from 19 yards out to give them a 7-0 lead after a quarter.  Tyree was held to 65 yards on 17 carries.

Johnson's first touchdown of the game, from three yards away, trimmed Thomas Dale's lead to 14-12 at the break.