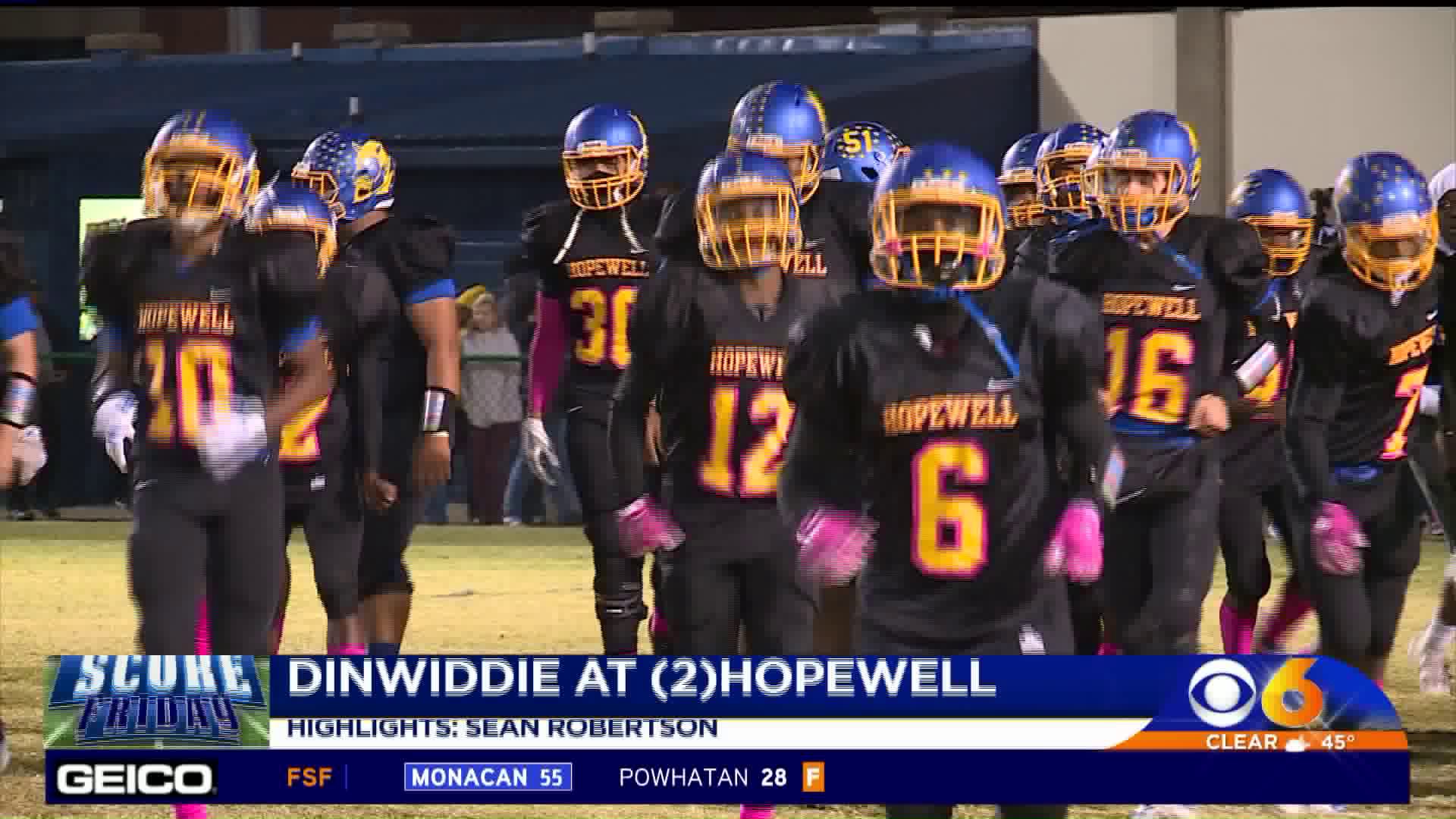 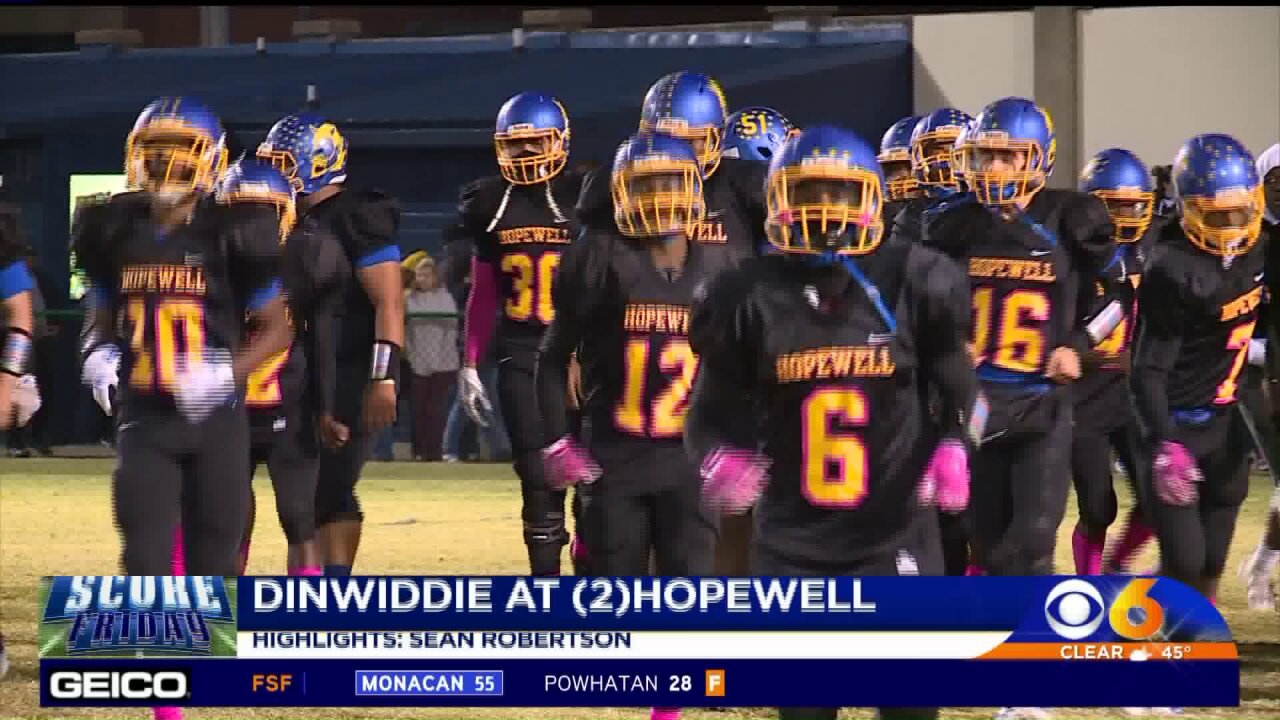 Hopewell, VA - After trailing 13-0 in the first half, the Hopewell Blue Devils would get another stellar performance from TreVeyon Henderson.  Henderson scored four touchdowns and rushed for over 200 yards as Hopewell came back to beat Dinwiddie 35-20.

Generals quarterback Brenton Hilton, who rushed for a team high 119 yards, started the scoring with a 49 yard touchdown run.  Dinwiddie would add to their lead after two Justin Davis field goals.

Henderson would score his first touchdown of the game late in the second quarter as the Blue Devils trailed 13-6 at the half.

Hopewell would outscore Dinwiddie 24-7 in the second half behind three Henderson touchdowns and a Kaiveon Cox four yard touchdown run.

The Blue Devils won two straight in the series for the first time since they won five in a row from 2001-05.