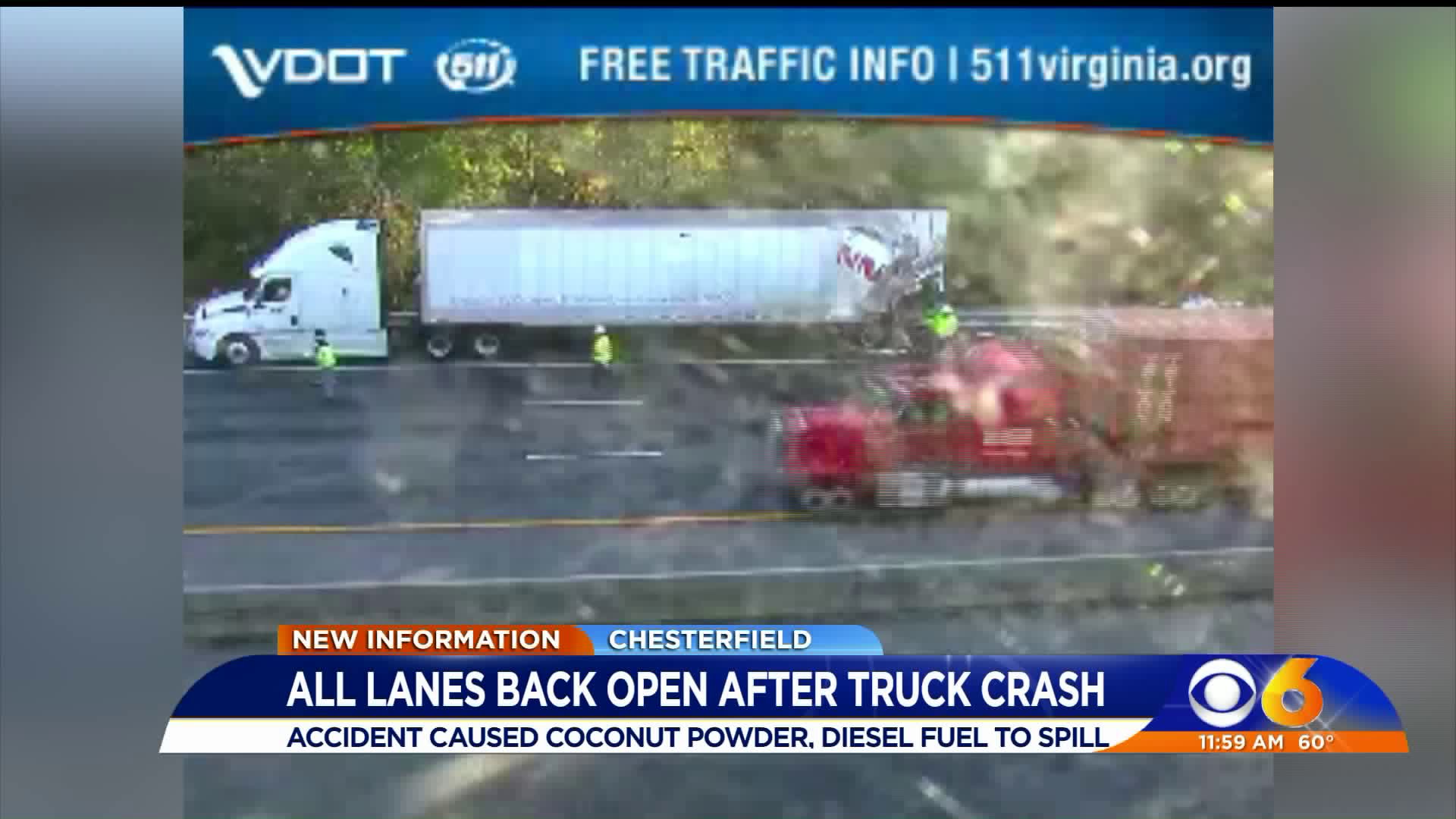 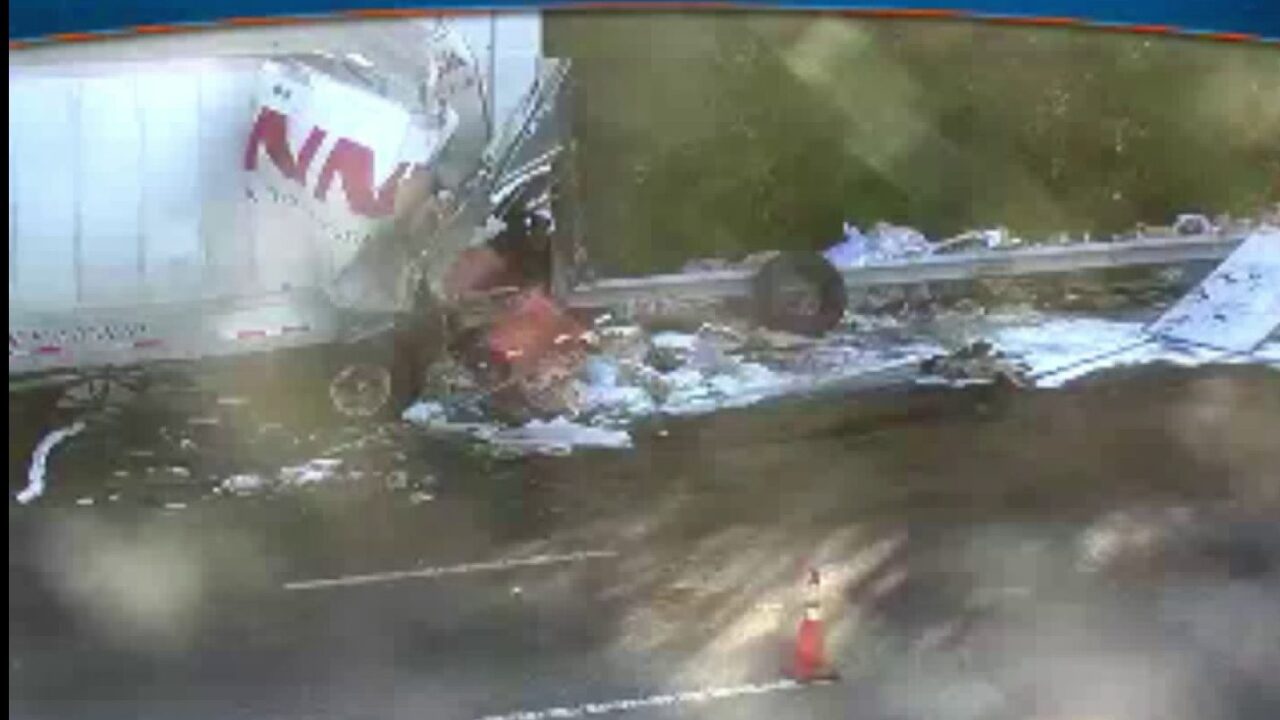 CHESTERFIELD COUNTY. Va. -- All lanes of northbound Interstate 95 have reopened after two tractor-trailers crashed near the Woods Edge Road exit in Chesterfield. One of the trucks was hauling coconut powder, which spilled as a result of the crash.

Multiple lanes of I-95 northbound were closed for several hours.

The crash remains under investigation. This is a developing story. Witnesses can send news tips, photos, and video here.