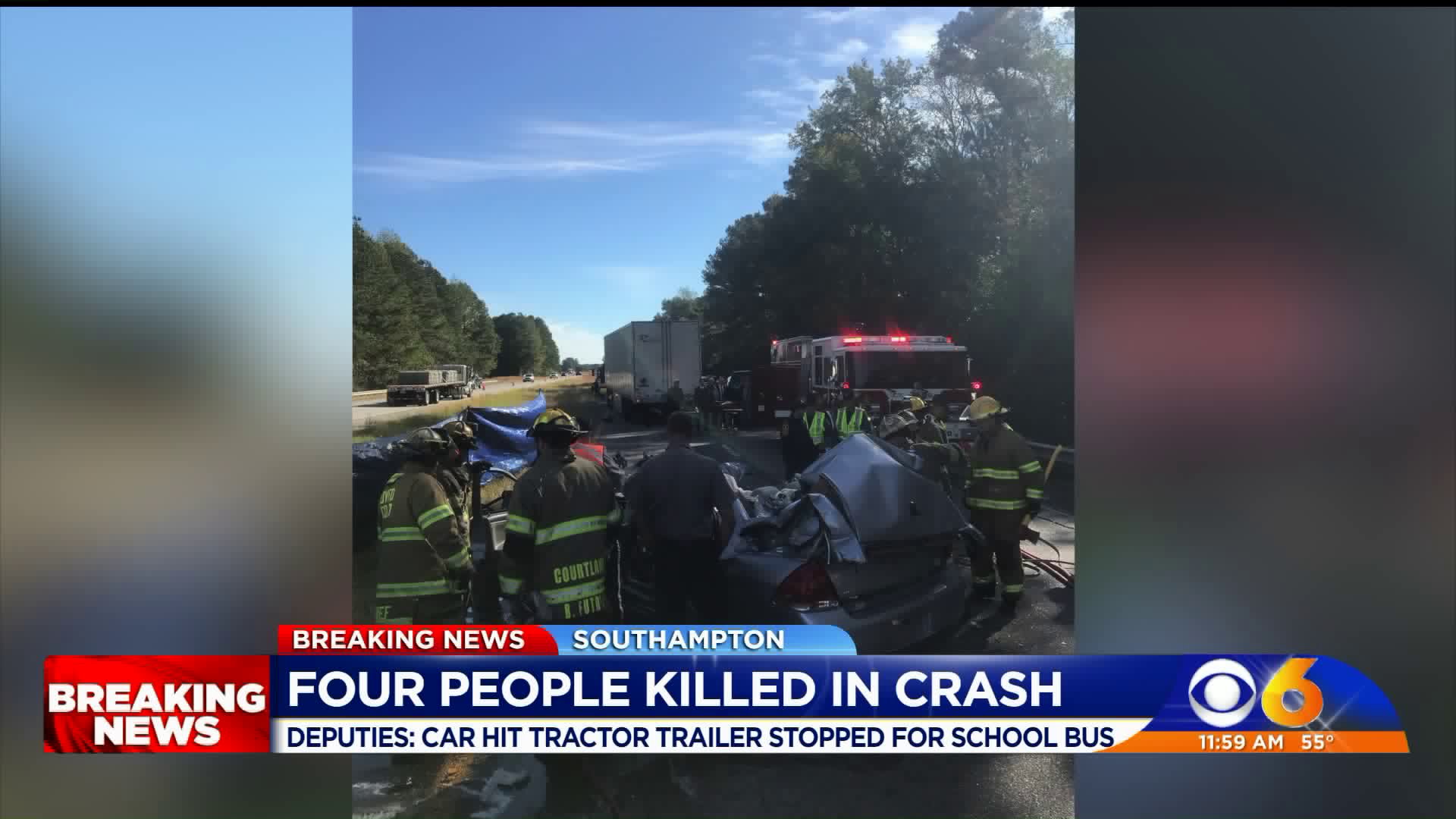 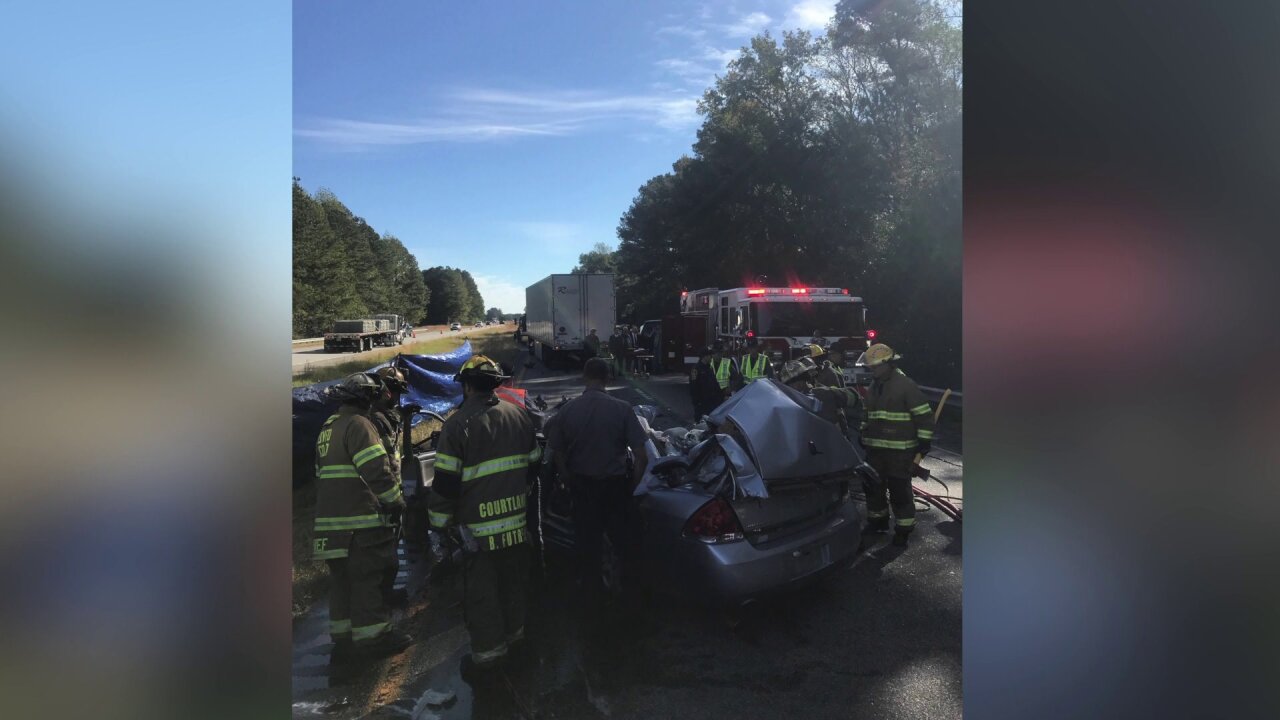 Deputies say a passenger vehicle rear-ended a stopped tractor-trailer that was stopped for a school bus. The driver and three passengers inside that car were killed.

Investigators say the school bus was not involved in the crash and no one onboard was hurt.

The identity of the victims has not been released pending notification of next of kin.