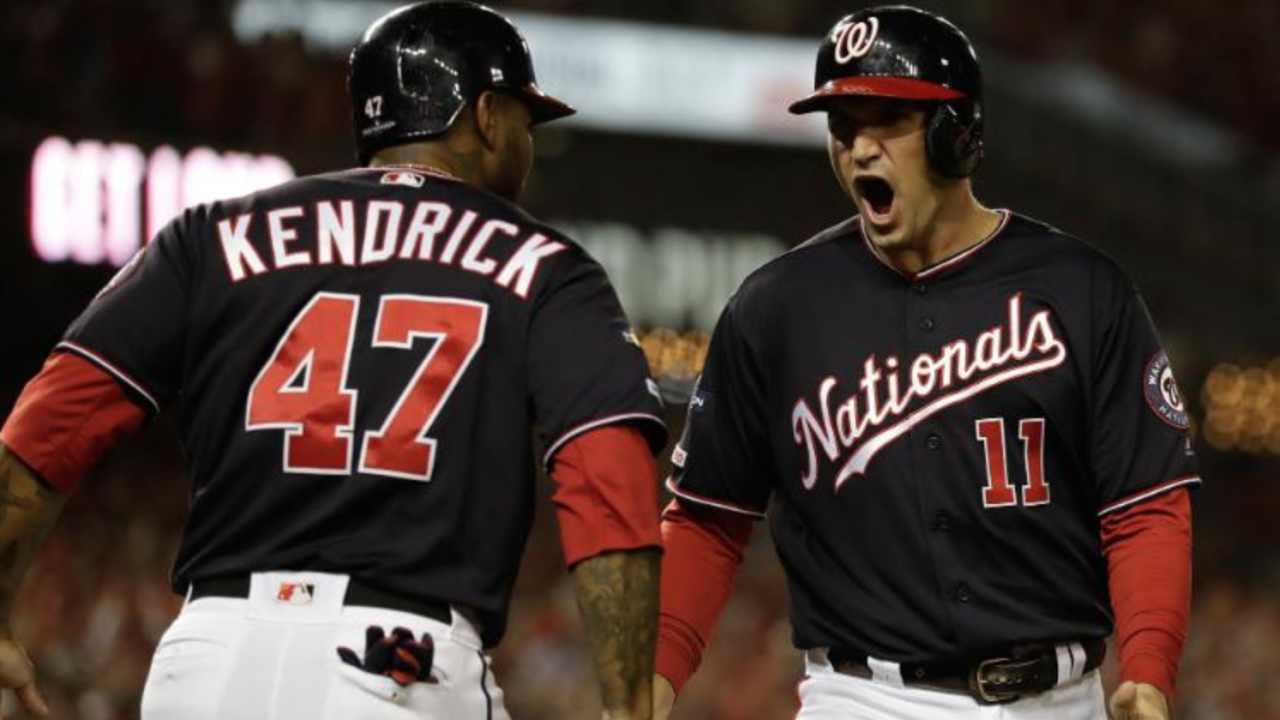 Finally, after 15 frustrating seasons, the Washington Nationals are going to the baseball mountaintop — the World Series — for the very first time.

The Nats beat the St. Louis Cardinals 7 to 4 on Tuesday night to wrap up a resounding four-game sweep and claim the title as National League champs.

Now the team will sit back and wait to see which American League team they’ll face. The Astros beat the Yankees 4-1 in Game 3 at Yankee Stadium in New York Tuesday and lead the best-of-seven American League Championship Series two games to one. Game 4 is scheduled for Wednesday, weather permitting.

The Nationals started playing in the nation’s capital in 2005 when the Montreal Expos moved there. The Nats enjoyed success — and great disappointment.

The team won four NL East titles, only to lose every time in the first round of the playoffs. Sometimes the team was blown out.

That changed this year. The team finished strong to finish second in the NL East and beat the Milwaukee Brewers to claim wild-card status.

The Nationals beat the Los Angeles Dodgers in the National League Division Series and then steamrolled the Cardinals.

The Nationals are the first team from the nation’s capital to advance to the World Series since the 1933 Washington Senators lost to the New York Yankees in five games.

The only other baseball franchise to never appear in the World Series: the Seattle Mariners.

The Boston Red Sox are currently the reigning champions. They won the World Series last year, defeating the Dodgers 5-1 in Game 5 at Dodger Stadium in Los Angeles.

The Astros and Yankees face off again on Wednesday night.