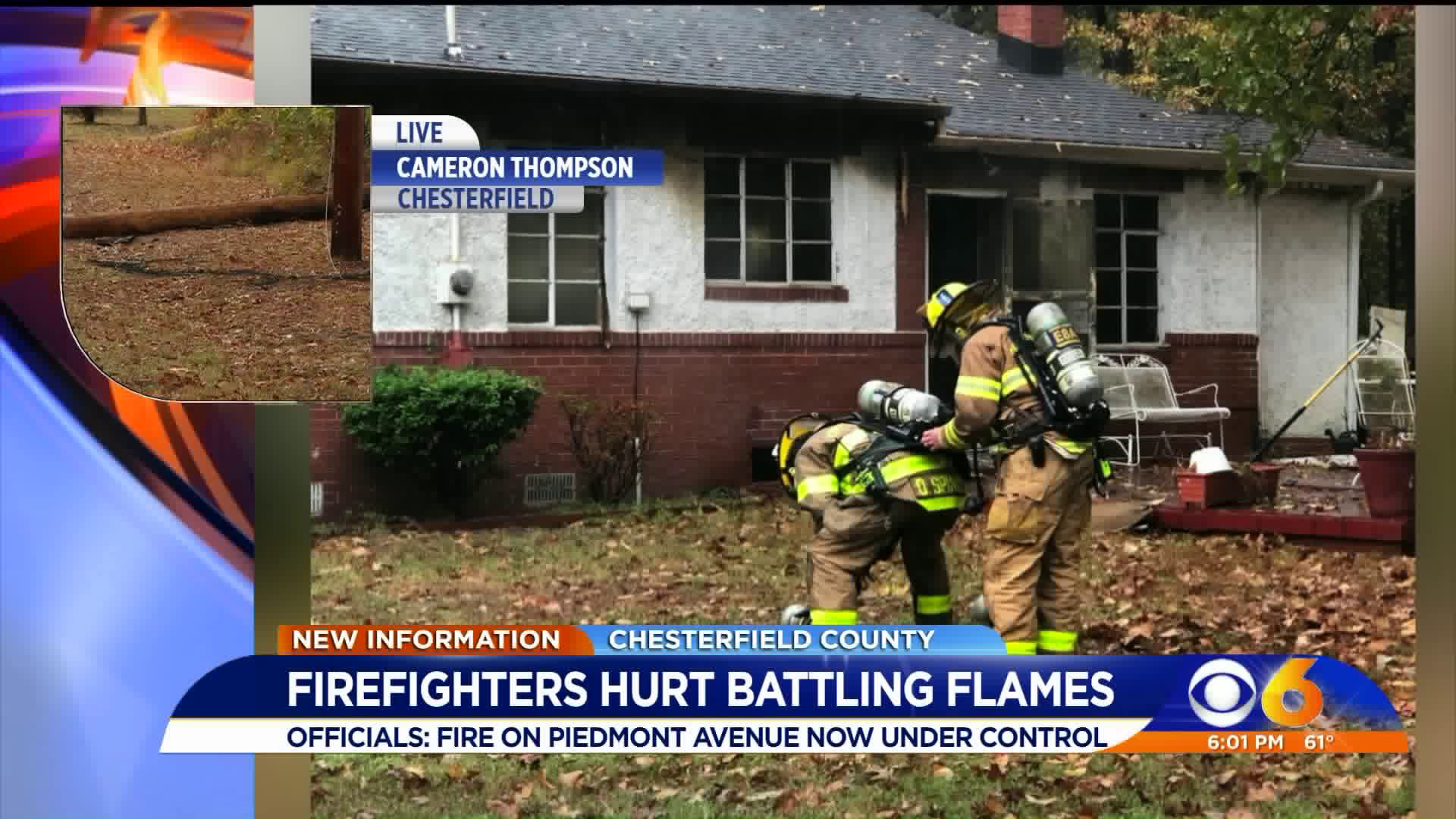 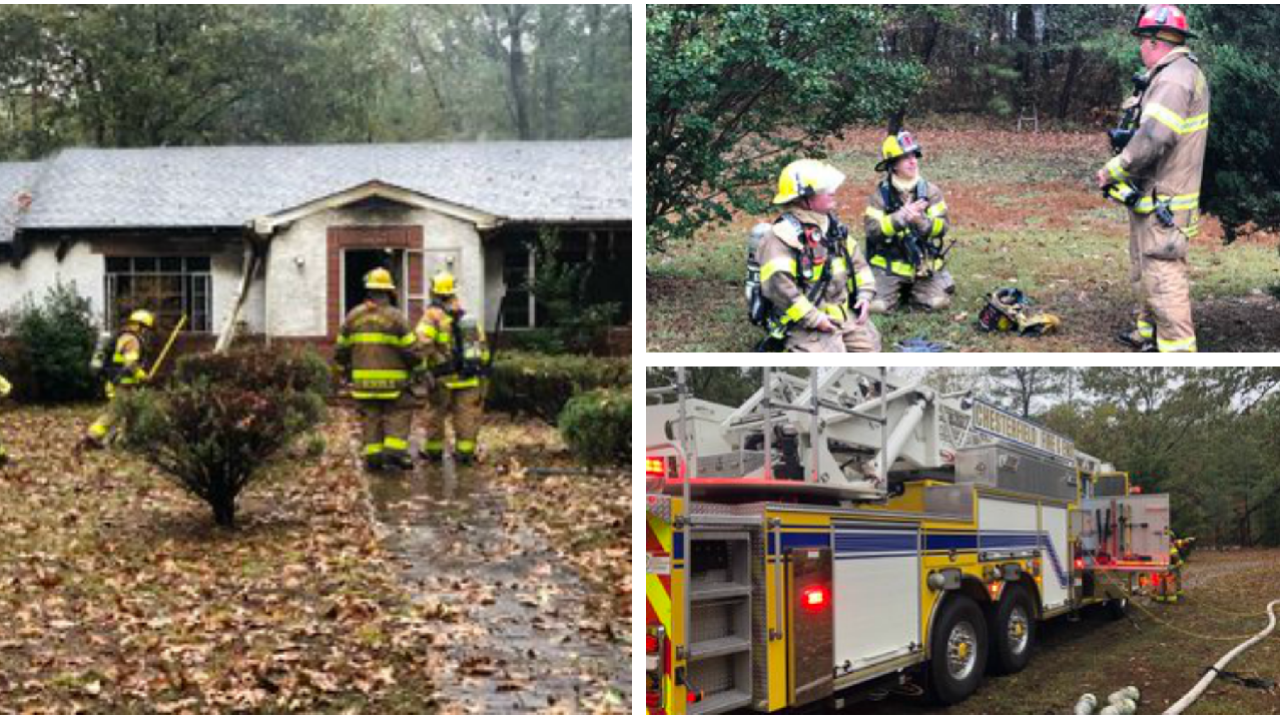 Fire crews responded to a house fire at 19820 Piedmont Avenue shortly before 2 p.m. Firefighters were able to bring the fire under control in about 50 minutes.

Two firefighters suffered minor injuries battling the house fire. They were treated at the scene and returned to duty.

Fire officials say firefighters encountered downed power lines but Dominion Energy was able to turn the power off and it didn't affect the firefighter's ability to tackle the fire and was not the cause of the injuries. 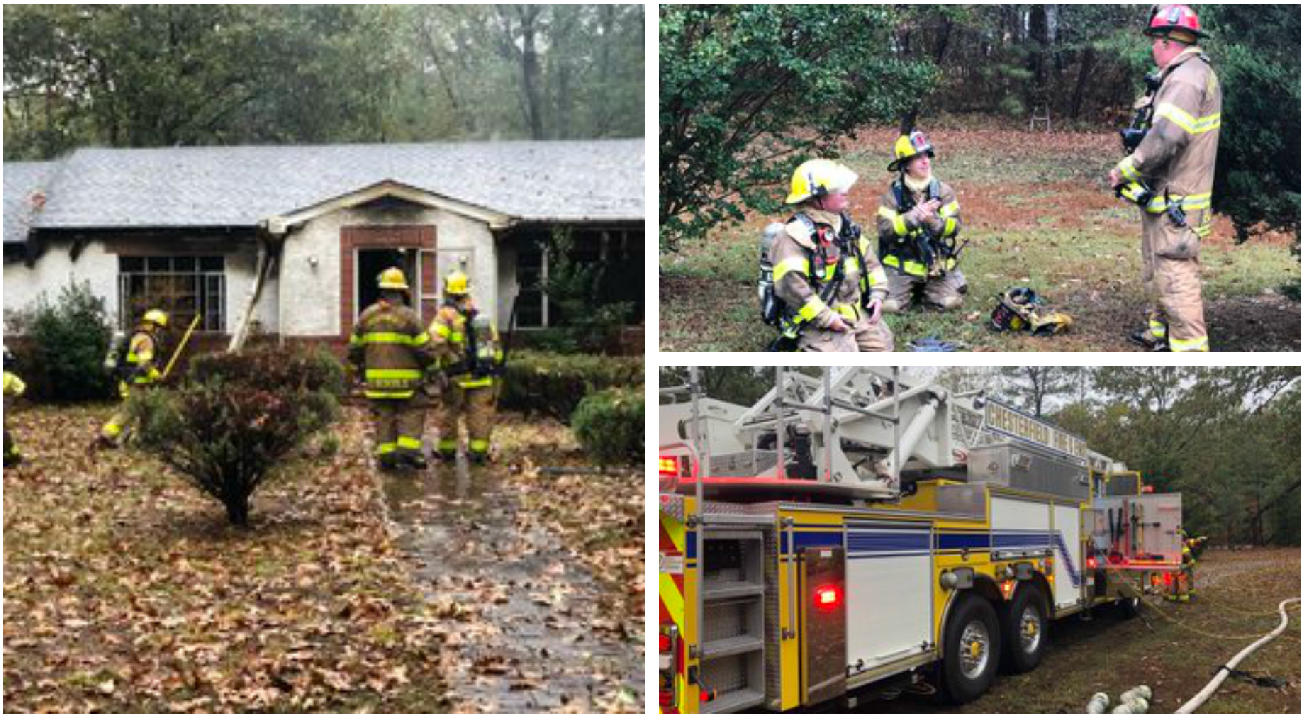 There is no word on the cause of the fire, which remains under investigation. Officials say they are looking into the possibility that the power lines caused the blaze.

Dominion Energy confirms a conductor fire on Piedmont Avenue. They said a branch or a tree fell down and hit the wire, causing a fire.

There is no direct link between the conductor fire and the house fire at this time.