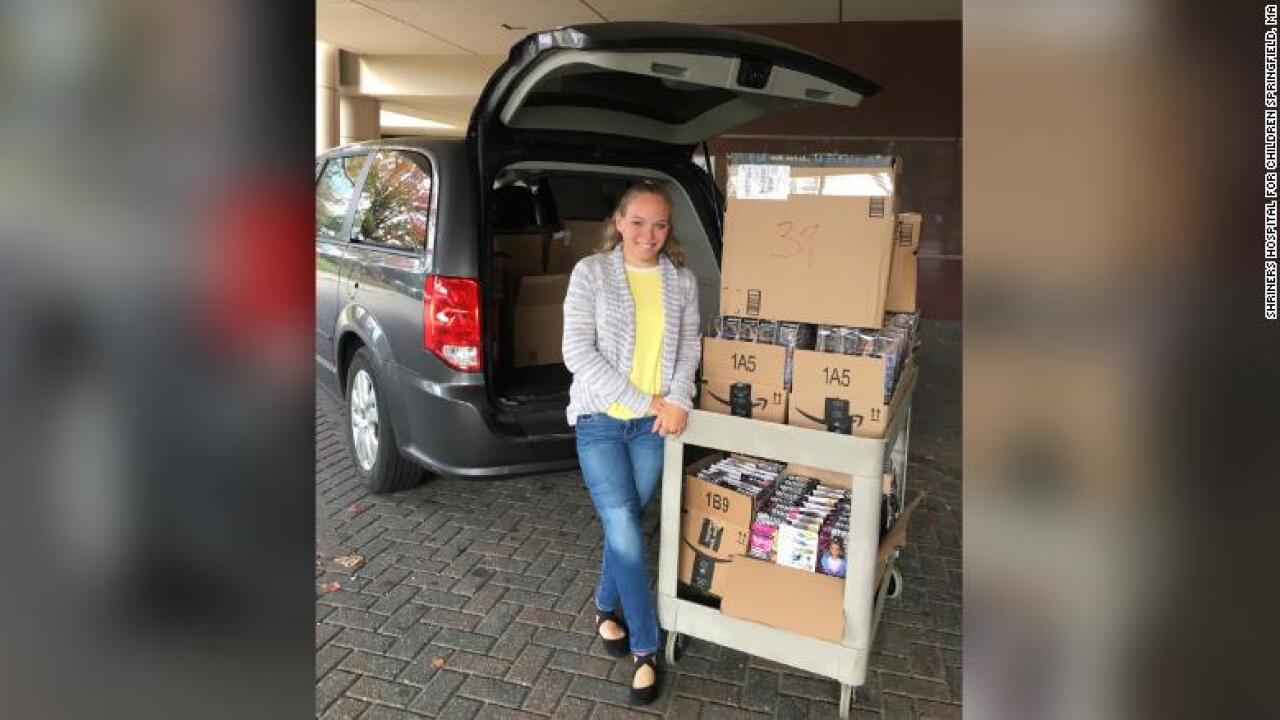 Chloe Newman lost her right leg when she was a baby, so when Mattel introduced the Barbie Fashionista #121 — a stylish doll with a prosthetic leg — she wanted to give them to kids just like her.

The 18-year-old and her family donated about 430 of the Barbies on Monday to Shriners Hospital for Children in Springfield, Massachusetts.

Chloe has been going to the hospital several times a year for prosthetic treatment since her parents adopted her from Kazakhstan when she was a year old, her mom Cindy Newman told CNN.

Chloe originally wanted to buy 100 Barbies, so her doctor could give them to kids when he made them a new leg.

“I think that they would feel better about themselves maybe, or at least that’s what I’m hoping that they would say. ‘Oh that’s really cool, they’re making a Barbie like me, so why should I be ashamed of myself if there’s now toys like me,'” Chloe told CNN affiliate WWLP.

Her mom said the dolls were kind of hard to find.

Newman bought the only four they had at her local Walmart, got some from Amazon and even tried to contact Mattel, to see if they could buy them in bulk. “We’ve got to find a way to accumulate the 100 dolls to bring them out there,” Newman told CNN. “I didn’t want to bring them out in dribs and drabs.”

She asked her family and friends on Facebook to keep an eye out for the Barbies, and promised to pay them back if they bought them for her.

The request worked, and for about three weeks, the dolls kept arriving at her home in Mechanicville, New York. “Not one person wanted reimbursement, and I received 15-20 dolls at a time,” Newman said.

She said Mattel Donated another 200 dolls to Shriners, on top of what they collected. “The whole point was to give back to Shriners because we’ve received so much,” Newman said.

Chloe’s donation is doing more than she expected.

Since they’ve gotten so many dolls, the hospital is giving them to orthotic and prosthetic patients in Springfield and also plans to share them with patients at other Shriners’ facilities, a spokeswoman told CNN.

Newman said Chloe has gotten a state-of-the-art new leg every year as she grows, at no cost to the family.

Her leg has a moveable ankle, so she can wear sneakers or high heels like any other high school senior.

“She does everything a typically developing person can do,” her mom said — including cheerleading, bowling, skiing and ice skating.