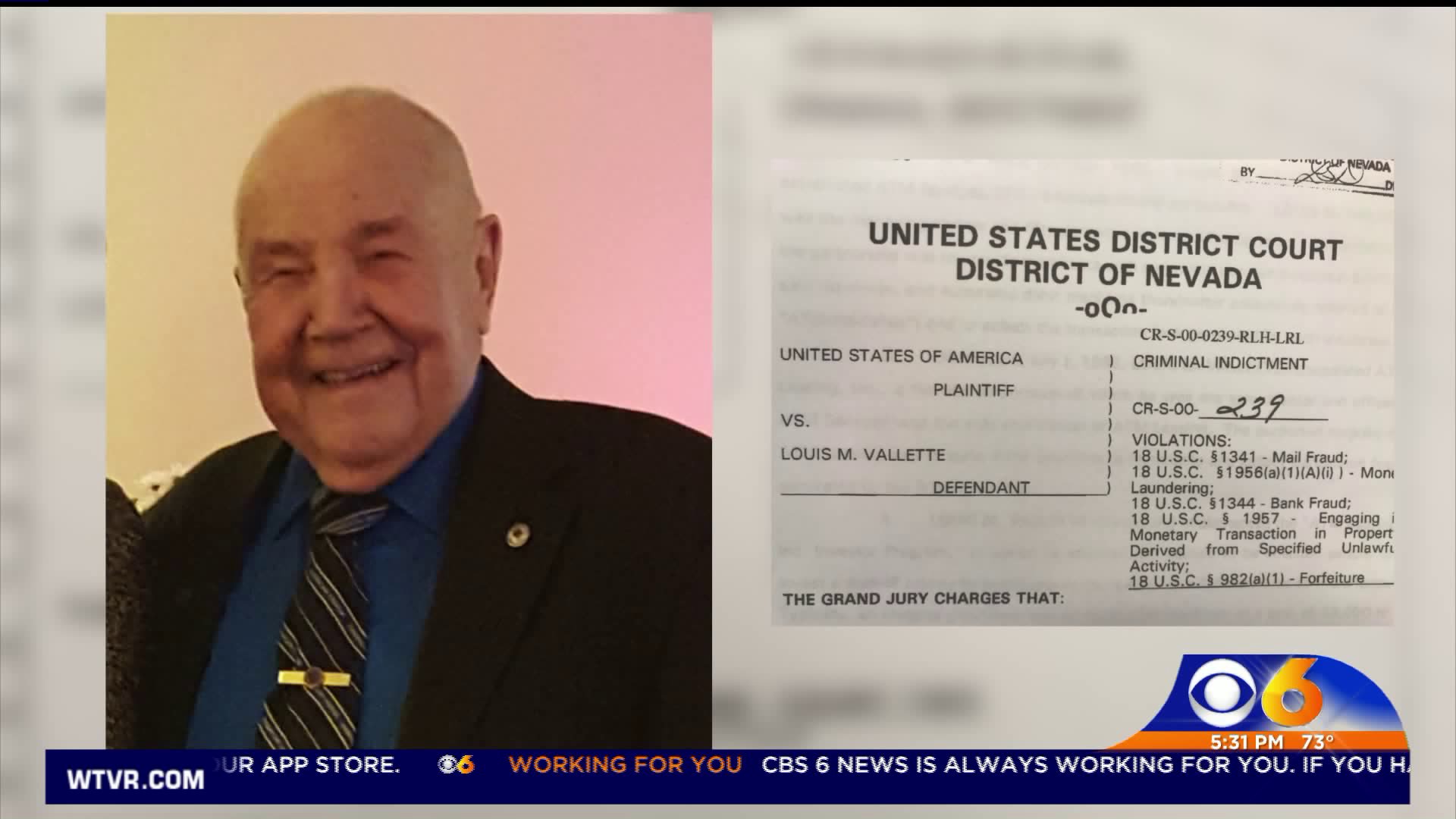 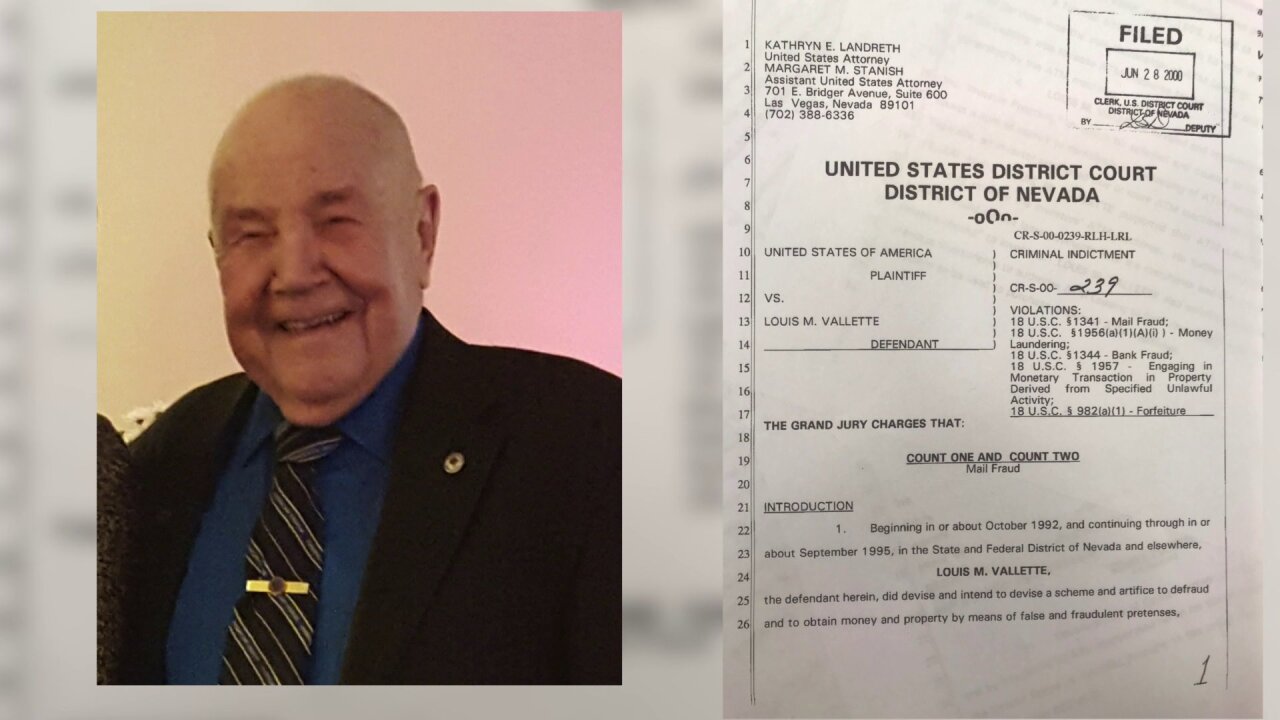 COLONIAL HEIGHTS, Va. -- Tens of thousands of dollars are allegedly missing from an 88-year-old Vietnam Veteran's bank account. The suspect in the case is an 80-year-old friend, who it turns out, served time in Federal Prison.

"He was the executor of the estate," said the alleged victim, whom CBS 6 is not identifying to protect him.

Months later, the alleged victim's bank became concerned, showing the victim where there "was $5,000, where he had paid bills, his bills, out of my account."

A short time later the alleged victim says there was a bill of $28,000 to the IRS.

"It had my signature on it, it wasn't my signature," he said. "I thought he was looking out for me, but he wasn't."

"There were four charges presented to the grand jury at that time, all felony embezzlement," said Senior Assistant Commonwealth's Attorney Meghan Campbell.

During the investigation, Campbell said, it was uncovered that Vallette had a 2004 conviction in federal court involving a $3 million dollar Ponzi scheme.

"It's actually 10 counts he pleaded guilty to of money laundering," said Campbell.

The Commonwealth's Attorney Office is concerned there could be other victims.

CBS 6 reached out to the American Legion Post 284 and Post Commander Adrian Klaas said of Valette: "He was the 1st vice president and he was also the veteran's service officer and he has resigned from those two posts."

CBS 6 also reached out to Vallette but he did not have a comment at this time.

If convicted, Vallette is facing a maximum of 20 years in prison, per charge.

He is currently out on bond.