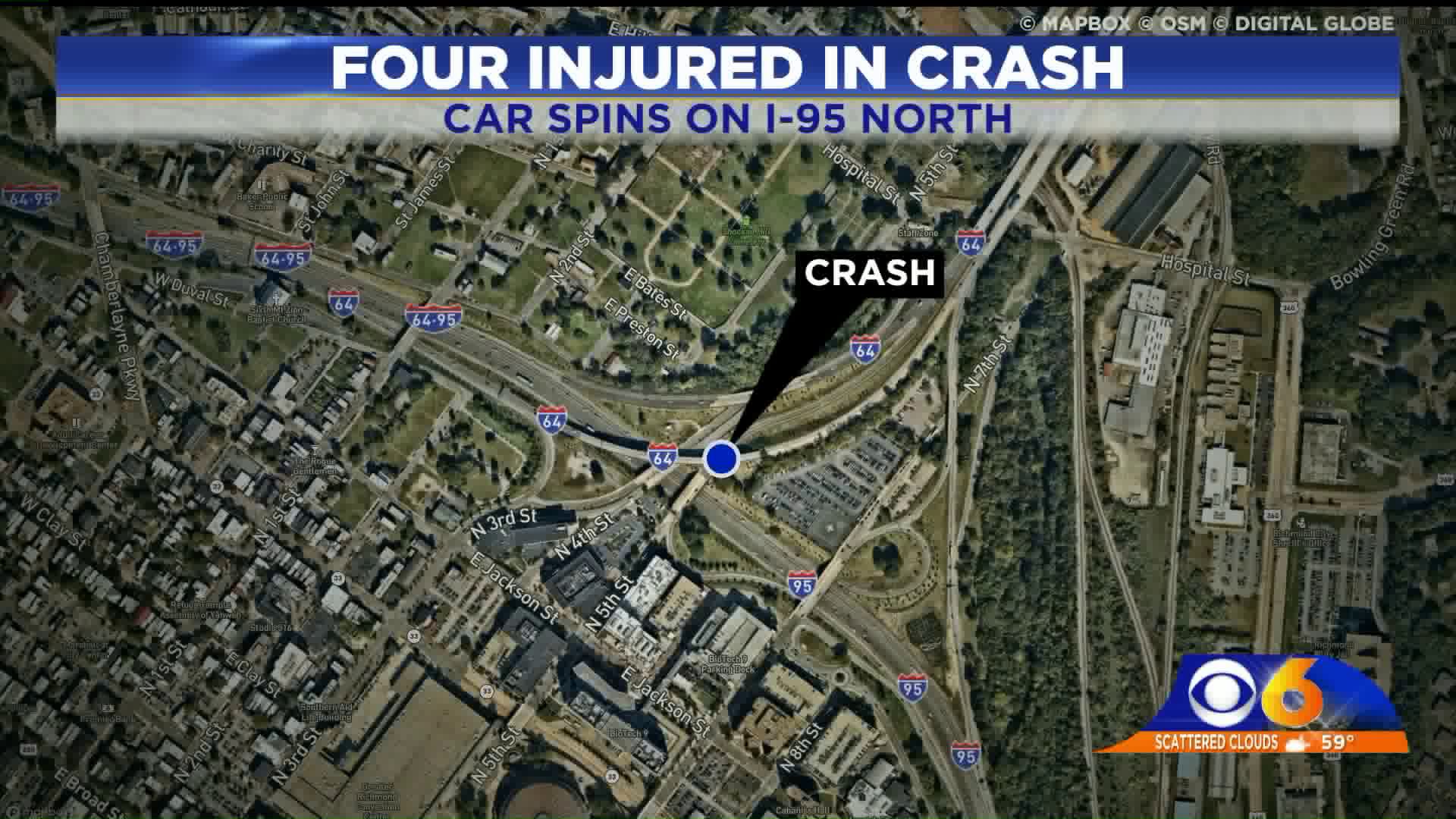 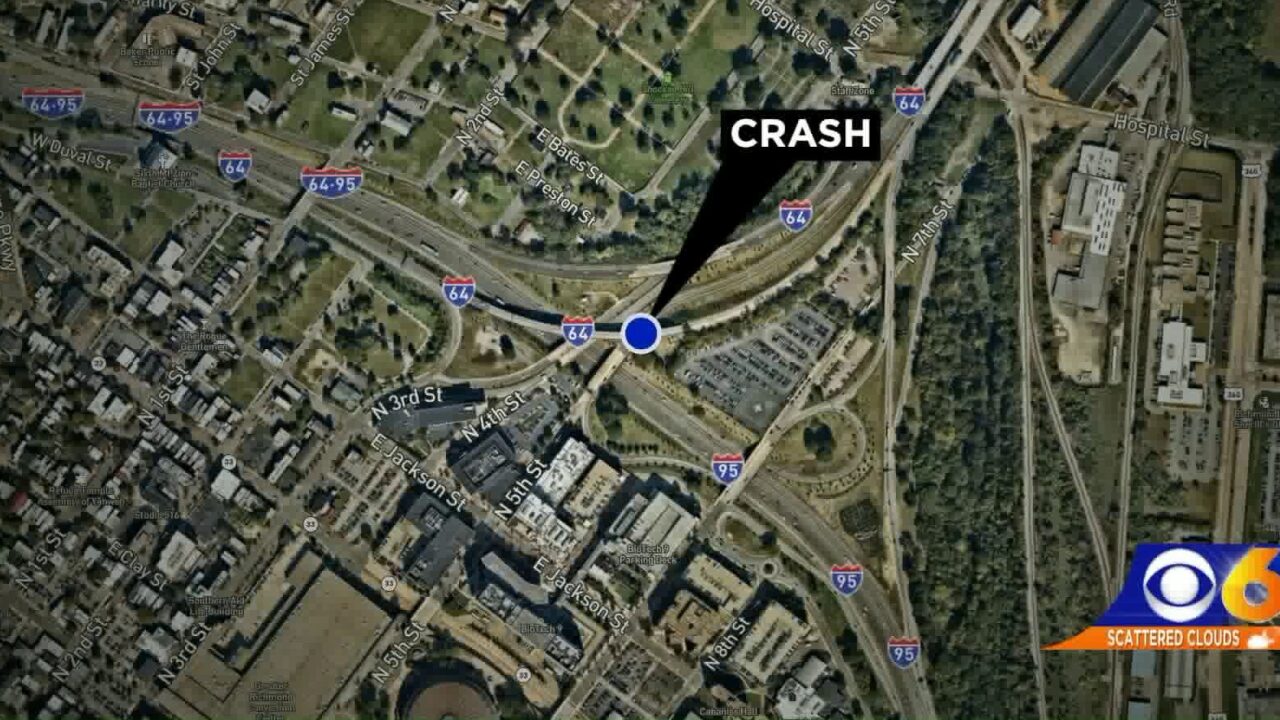 RICHMOND, Va. -- Four people including a juvenile were hospitalized following a five-vehicle crash on I-95 Tuesday evening.

Around 6:30 p.m., the Virginia State Police responded to a five-vehicle crash at northbound I-95 at the 5th Street overpass.

A preliminary investigation reveals that the first vehicle was traveling northbound and struck another in the rear, forcing the striking vehicle to spin around multiple times striking three additional vehicles.

Three of the five drivers and a juvenile passenger were transported to the hospital for treatment of minor injuries.

Charges are pending and the crash remains under investigation.