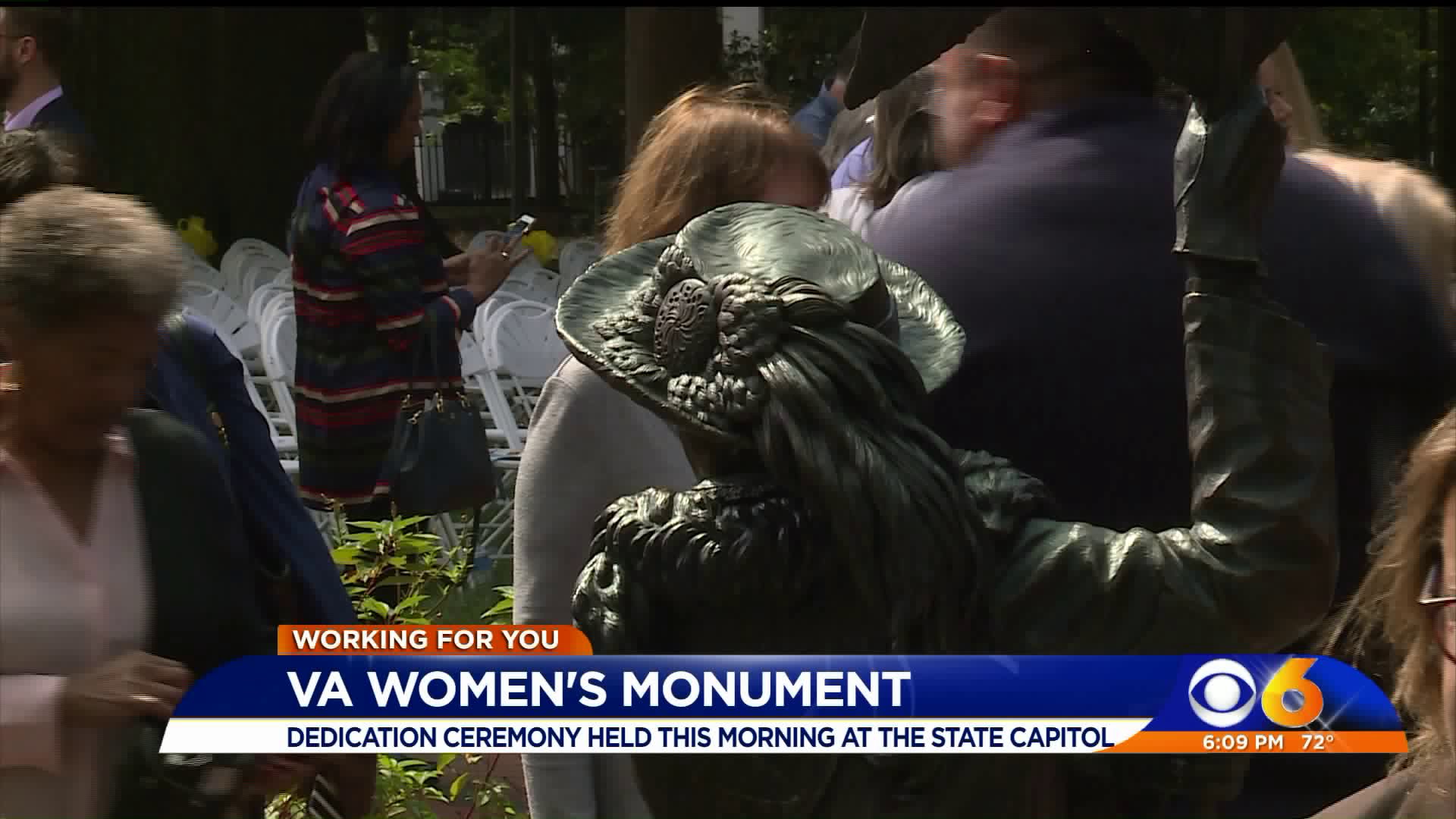 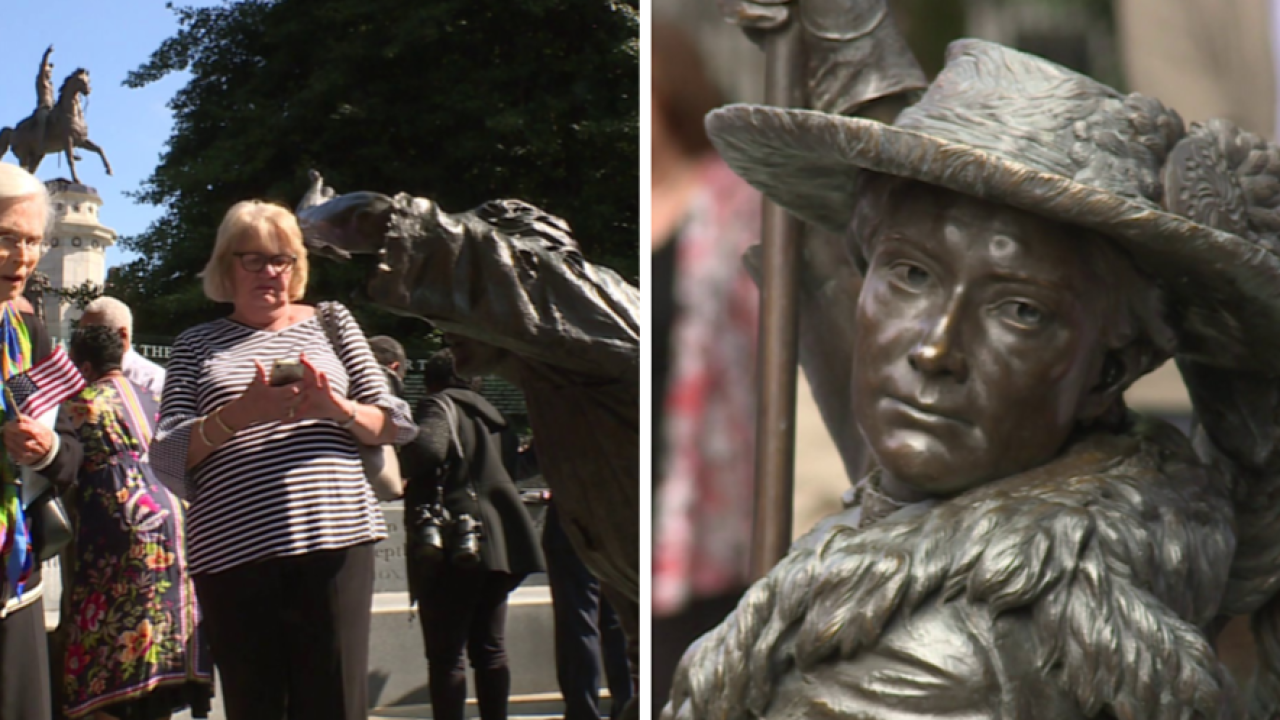 RICHMOND, Va. — After almost a decade of work, the Virginia Women’s Monument was officially unveiled at the State Capitol on Monday.

Hundreds were in attendance for the dedication ceremony for monument, officially titled “Voices from the Garden: The Virginia Women’s Monument”, which honors women who achieved great heights in government relations, suffrage, civil rights, and education.

“Today, we come together to honor the vital role that women have played in Virginia’s history,” said Virginia Gov. Ralph Northam. “This monument is unique. ‘Voices from the Garden’ is the first monument in nation to celebrate both the individual and collective accomplishments of women over four centuries.”

“These women rose to the occasion and made significant achievements,” said Hon. Mary Margaret Whipple, former Virginia State Senator & vice chair of the Virginia Women’s Monument Commission. “They were from all walks of life, from different times and places. They were famous and obscure. Real women, even imperfect women, who’ve shaped the history of this Commonwealth.

“With the addition of the Women’s Monument to Capitol Square, we’re finally telling a more inclusive story, a more complete story, about Virginia,” said Northam.

Along with statues, there is also a “Wall of Honor”, a glass wall with the names of 230 other notable Virginia women that has plenty of space for more to be added.

“Our hope is that they will inspire young women who see their names, who walk among the statues to say, ‘Oh, I think I can do that. I’d like to be on that glass wall some day.’ We’ve left space for them to be there,” added Whipple.

However, while the monument was officially dedicated on Monday, the work on it has not been completed. The plan is to eventually have a total of 12 statues on the grounds, but money is still being raised for them. Those unfinished statues will feature Martha Washington, the country’s first First Lady; Clementina Rind, the first woman printer in Virginia; Maggie L. Walker, “the first African American woman to establish and be president of a bank”; Sarah G. Jones, “the first African American woman to pass the Virginia Medical Examining Board's examination”; and Sally L. Tompkins, opened a private hospital to treat soldiers during the Civil War.