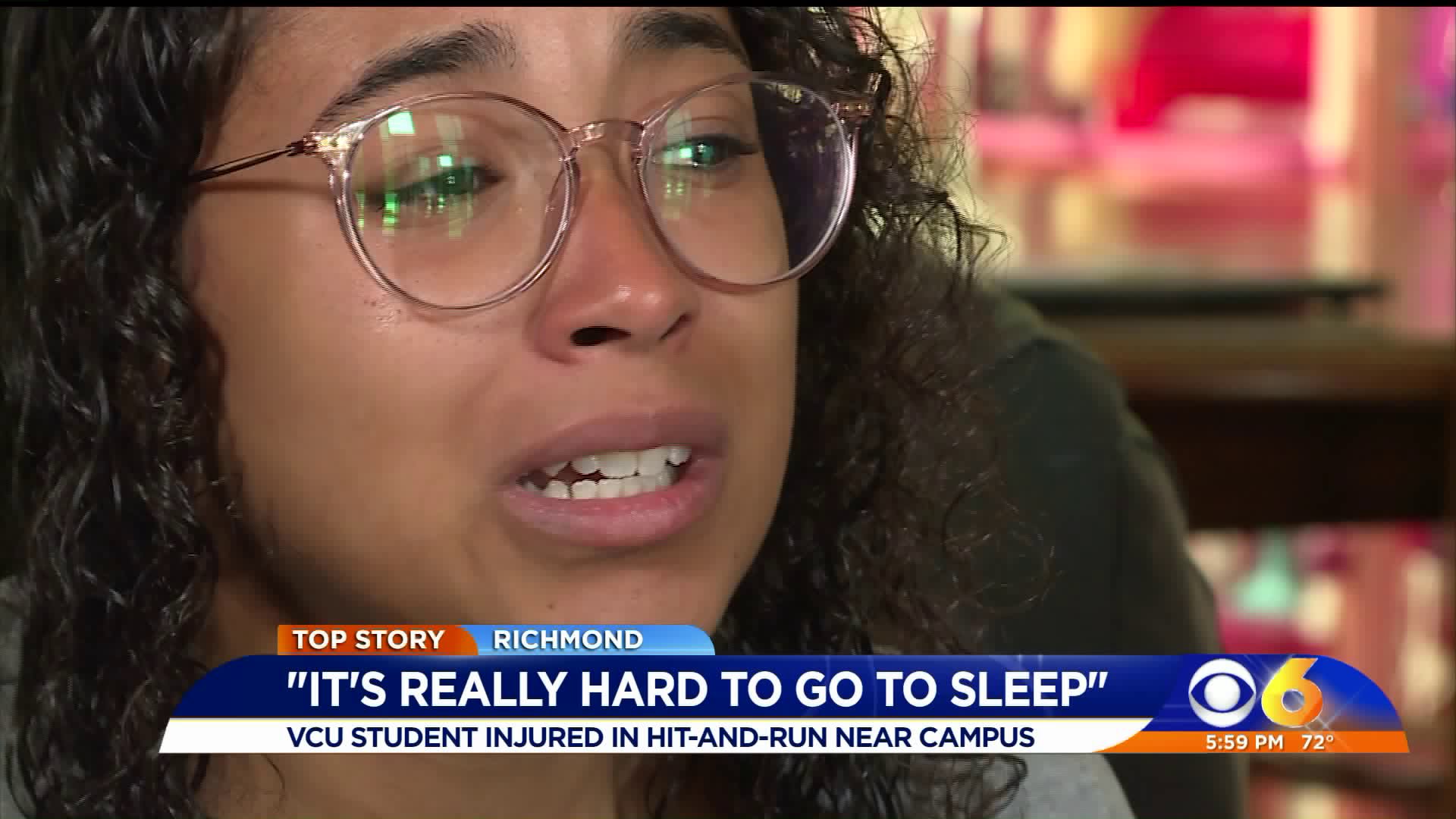 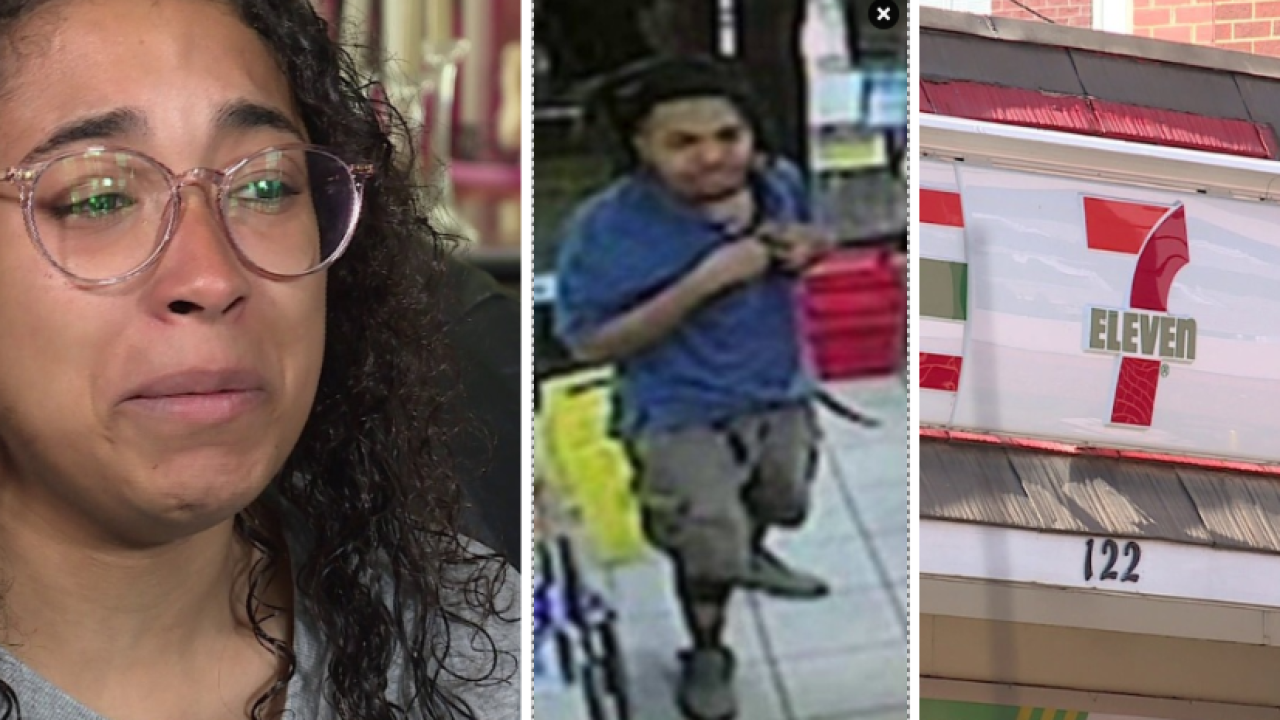 RICHMOND, Va., — A Virginia Commonwealth University freshman continues to recover after she was struck by a hit-and-run driver near campus on Friday.

Richmond Police responded to a hit-and-run in the alleyway behind 7-Eleven between Cary and South Pine Streets just after 11 p.m. Friday.

Katelyn Tilts said she was walking to the convenience store with a group of friends when she saw headlights.

“A car came around the corner really quickly and was swerving,” Tilts recalled. “The driver was swerving, but started going directly at me and hit me head on.”

The 18-year-old tried to run from the car’s path in the alleyway behind the 7-Eleven.

“I remember thinking that it hurt so bad that I didn’t know how I would be able to make it until the ambulance got there,” Tilts cried.

She remembered the impact forced her head to hit the car’s hood. Her leg was also badly injured.

“The victims told police that an argument took place and a suspect then got into his vehicle and drove down the alley, striking two people,” according to a police spokesperson.

A 7-Eleven employee and a witness said the argument involved the suspect and a couple of customers.

The other victim was checked and cleared by RAA on scene. Tilts was rushed to VCU Medical Center in an ambulance. She now walks with crutches.

The suspect was last seen driving away in a dark blue, four-door Honda Civic. The passenger side of the car is missing the sideview mirror that broke off during the impact, according to witnesses.

“He drove off and left me there not knowing if he had killed me or not,” Tilts explained. “I don’t know how he could live with himself. Be a man and admit to it, because I didn’t deserve this.”

Tilts feared the accident would halt her education at VCU where she’s studying political science. Her mother, Erin, said her daughter worked hard to attend college after surviving brain surgery several years ago.