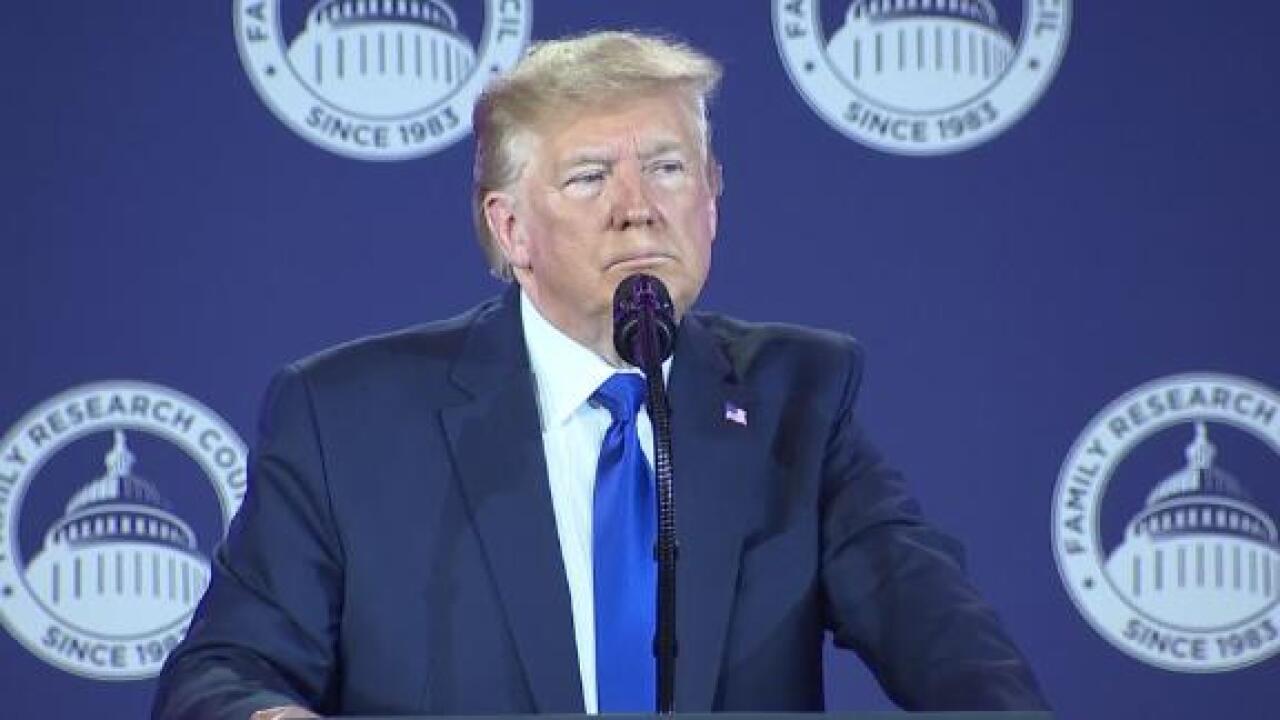 Trump, who has a long track record of calling for lawsuits against his critics and not following through, said, “We’re going to take a look at it. We’re going after these people. These are bad, bad people.” The President was speaking at the Values Voter Summit in Washington, DC.

Trump said he spoke to his lawyers about Schiff and told them, “Sue him anyway, even if we lose, the American public will understand.” Schiff, the chairman of the House Intelligence committee, is spearheading the impeachment inquiry.

“And sue Nancy Pelosi,” Trump continued. “Or maybe we should just impeach them, because they’re lying and what they’re doing is a terrible thing for our country.” Members of Congress cannot be impeached, according to the US Constitution.

Trump condemned Schiff’s characterization in a committee hearing of a White House transcript that shows Trump repeatedly pushed for Ukrainian President Volodymyr Zelensky to investigate Trump’s potential 2020 political rival, former Vice President Joe Biden, and his son, Hunter, during a July 25 phone call. There is no evidence of wrongdoing by either Joe or Hunter Biden in Ukraine.

The speech and debate clause in the US Constitution, which appears in Article 1, section 6, protects members of Congress from being sued over their statements made on the floor, which also would apply to committees.

CNN has reached out to Schiff and Pelosi’s offices for comment.

Trump’s comments come as impeachment proceedings into the President deepen in Washington. This week, the White House declared political war on the impeachment inquiry and blocked testimony by a key diplomat.

A released complaint also details various ways in which a whistleblower believes Trump sought to “solicit interference” from Ukraine ahead of the 2020 election, including by encouraging the Ukrainian president to dig into Hunter Biden’s past. It also laid out an alleged pattern of efforts by the White House to cover up those attempts. Trump has denied any wrongdoing.

Trump’s attorney Jay Sekulow told CNN the President’s legal team is “looking at all options” after Trump floated the possibility of a lawsuit against Schiff and Pelosi.

“Nothing off the table,” Sekulow wrote in a text to CNN. He wrote they are “in the research stages,” suggesting no legal action is imminent.