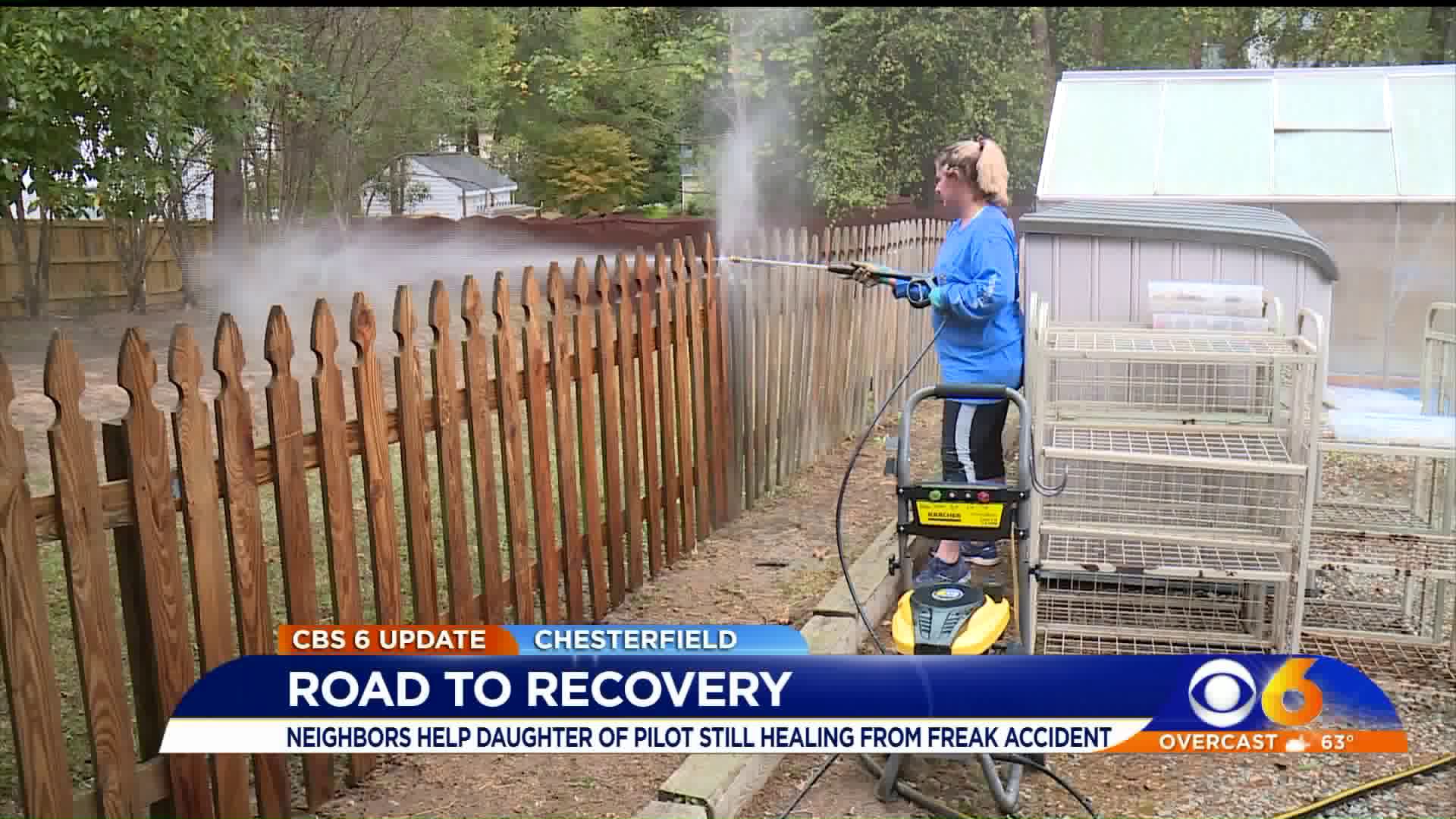 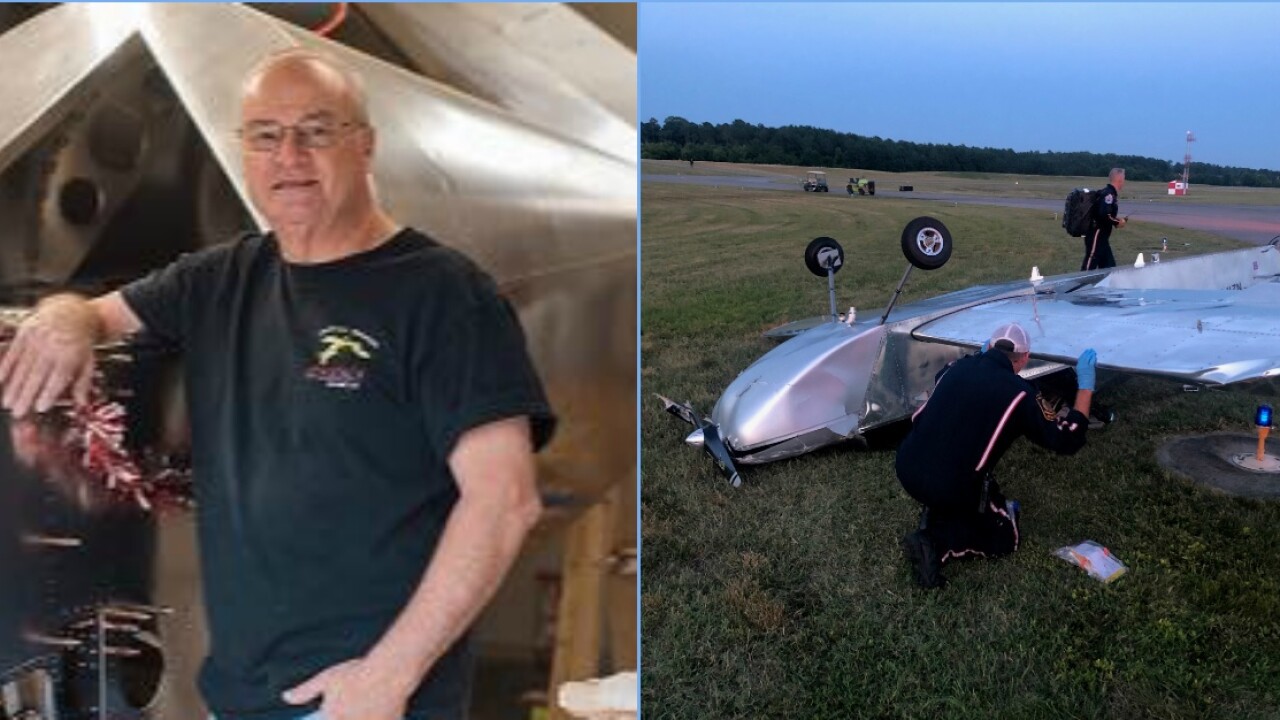 CHESTERFIELD COUNTY, Va. -- Neighbors are rallying around the Midlothian man critically injured after a freak accident involving his single-engine kit plane at the Chesterfield County Airport.

Sixty-nine-year-old Jake Labello was at the airport when his plane skidded off the runway in July.

"The preliminary investigation reveals that a small single engine homemade plane was taxiing on the runway when it inadvertently left the ground, came back down and skidded off runway. The plane then overturned entrapping the pilot," a Virginia State Police spokesperson said after the crash.

Teal Labello said her father, who had a five percent chance of surviving that crash, continues to recover.

However, his daughter said he still has a long way to go.

More than 20 neighbors and friends came out to the family home to help cut the cost of home repairs, so she can put more money toward her dad's treatments.

"Even some of the families that have moved out and moved back in, they offered to help,” Teal Labello said. “I never met them, but my dad was friendly with everyone, and always helped out if they needed something, so it's their way of giving back.”

Labello thanked her father's neighbors, who have helped with tasks such as driveway repairs, siding and porch repairs.

Labello said she plans to fly to Florida to be reunited with her father next week.