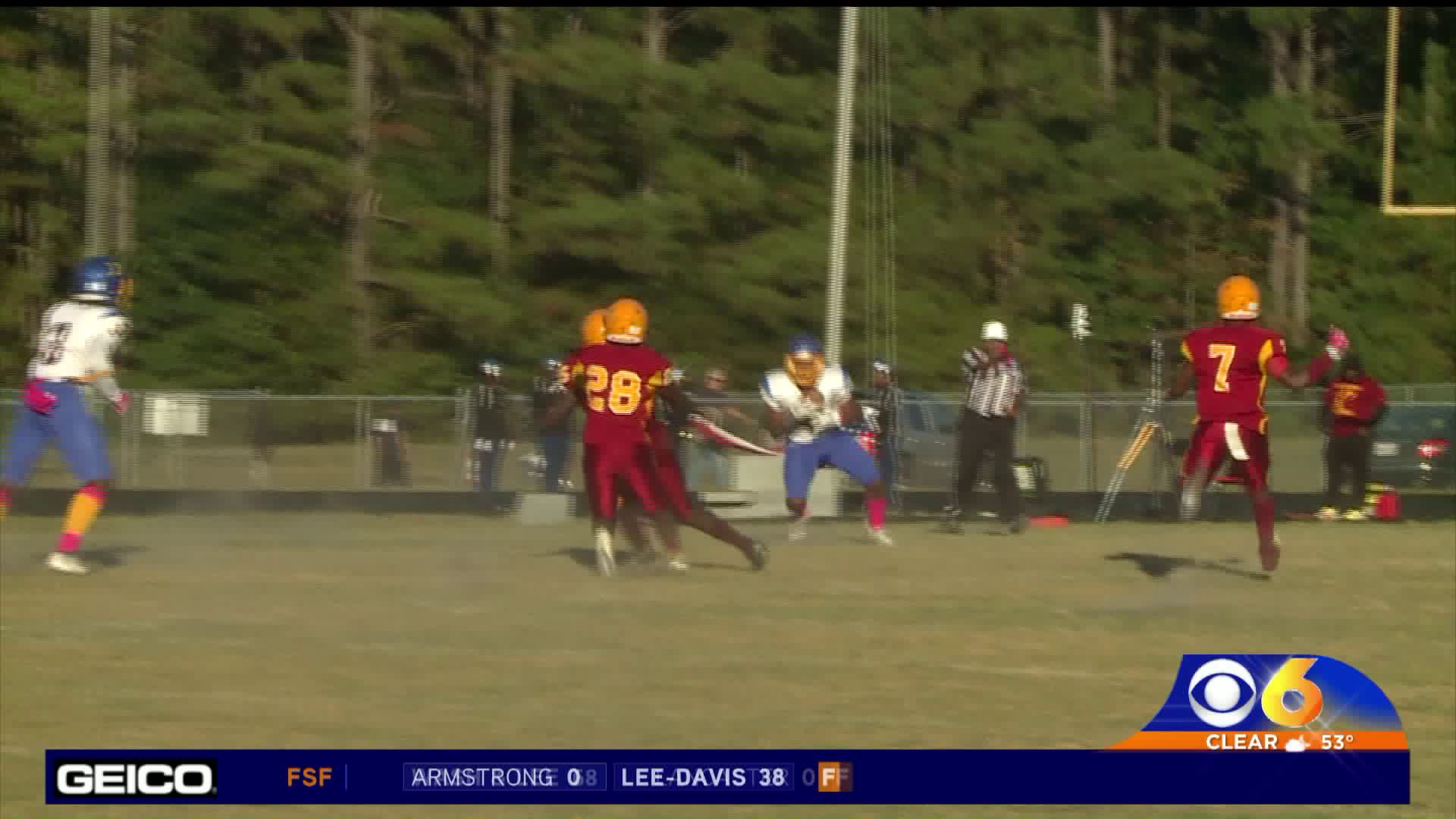 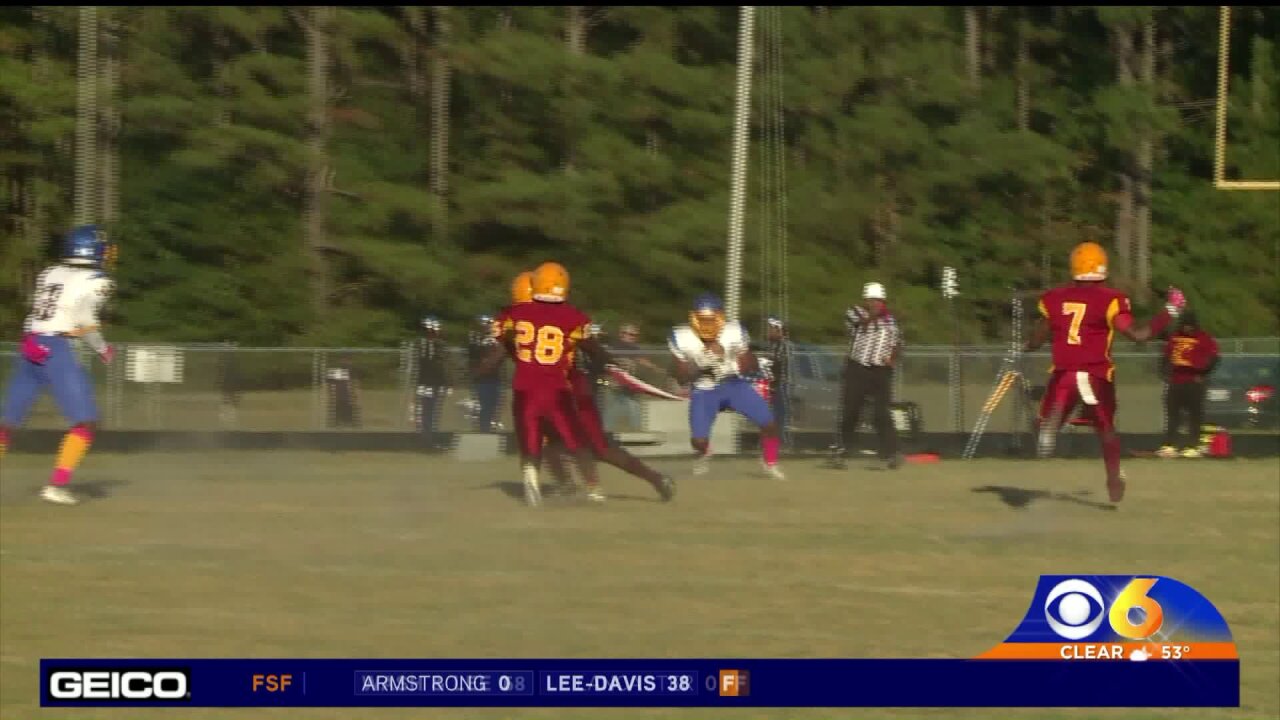 Petersburg, VA - Hours after receiving an scholarship offer from the University of Alabama, TreVeyon Henderson scored five touchdowns to increase his total to 24 as Hopewell improved to 6-0 with a 64-20 win over Petersburg.  The 64 points were a season high for the Blue Devils and the most points ever scored against the Crimson Wave in the series.

Henderson started the scoring on the opening kickoff as he returned it for his first touchdown as the Blue Devils scored the first 13 points in the opening two minutes of the game.

Kavieon Cox added two touchdowns for Hopewell, who are off to the second straight 6-0 start.  Petersburg has lost three in a row after they began the year 2-1.