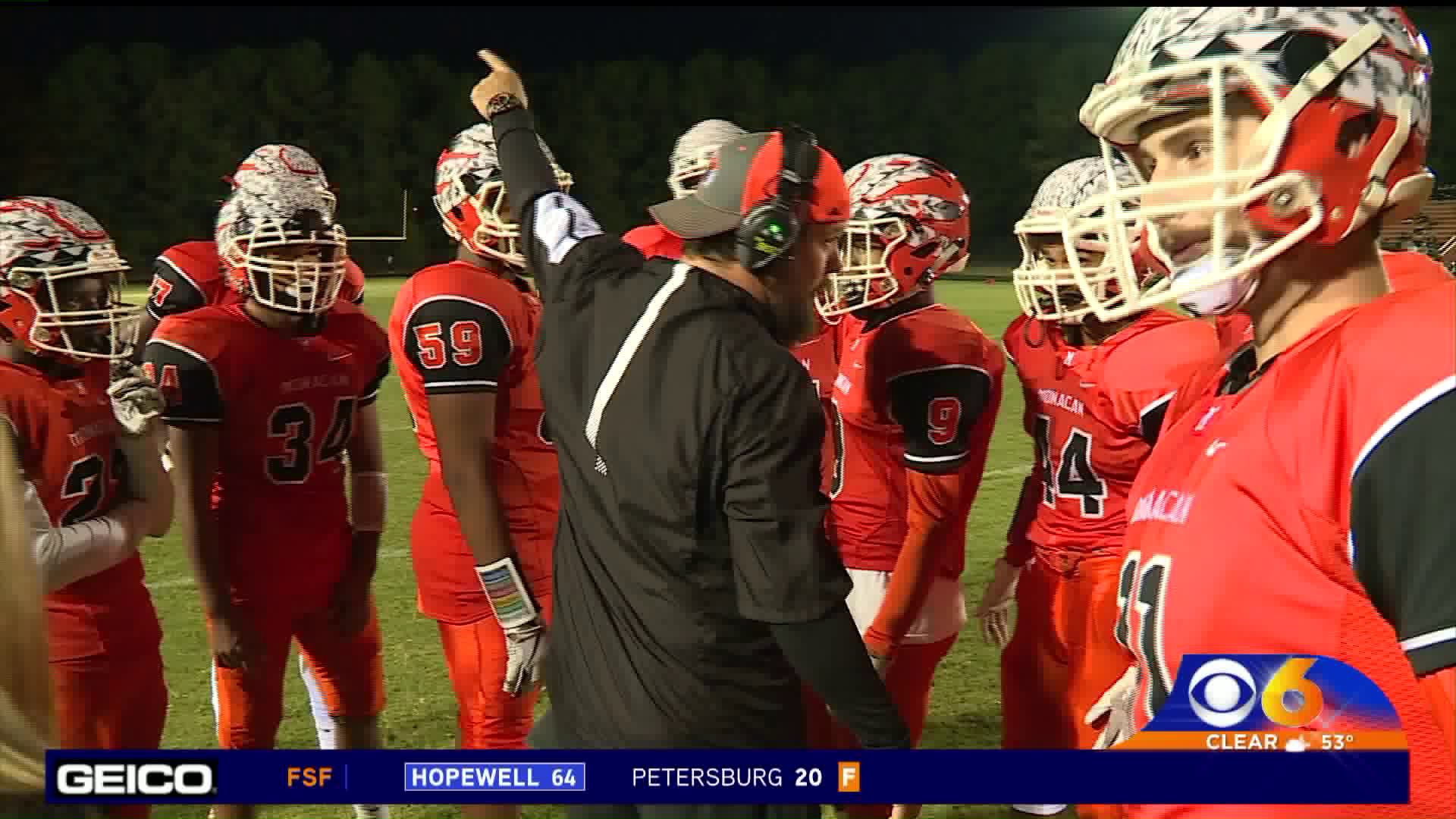 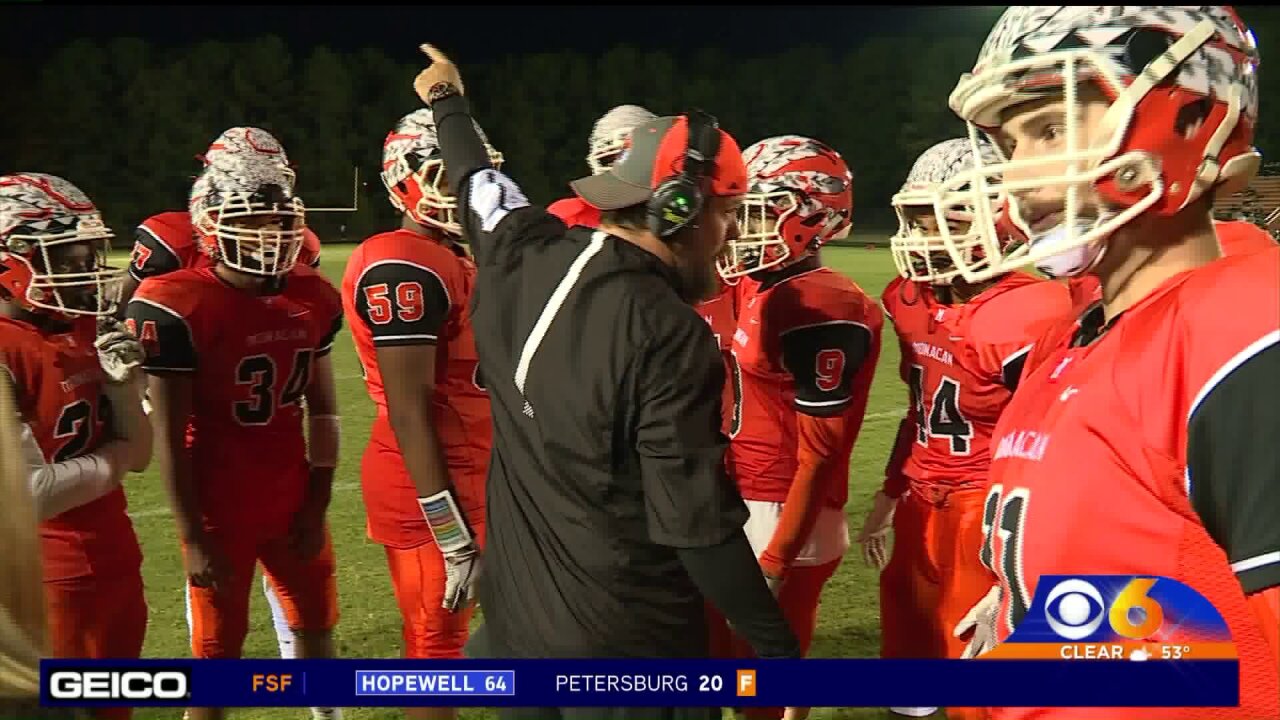 Trojans running back Jalen Rembert had a 27 touchdown run to pull Midlothian within 21-20 but the Chiefs would block the ensuing point after for a one point win.

Monacan won their third in a row to improve to 5-1 on the season.  Midlothian has lost five in a row since their season opening win.