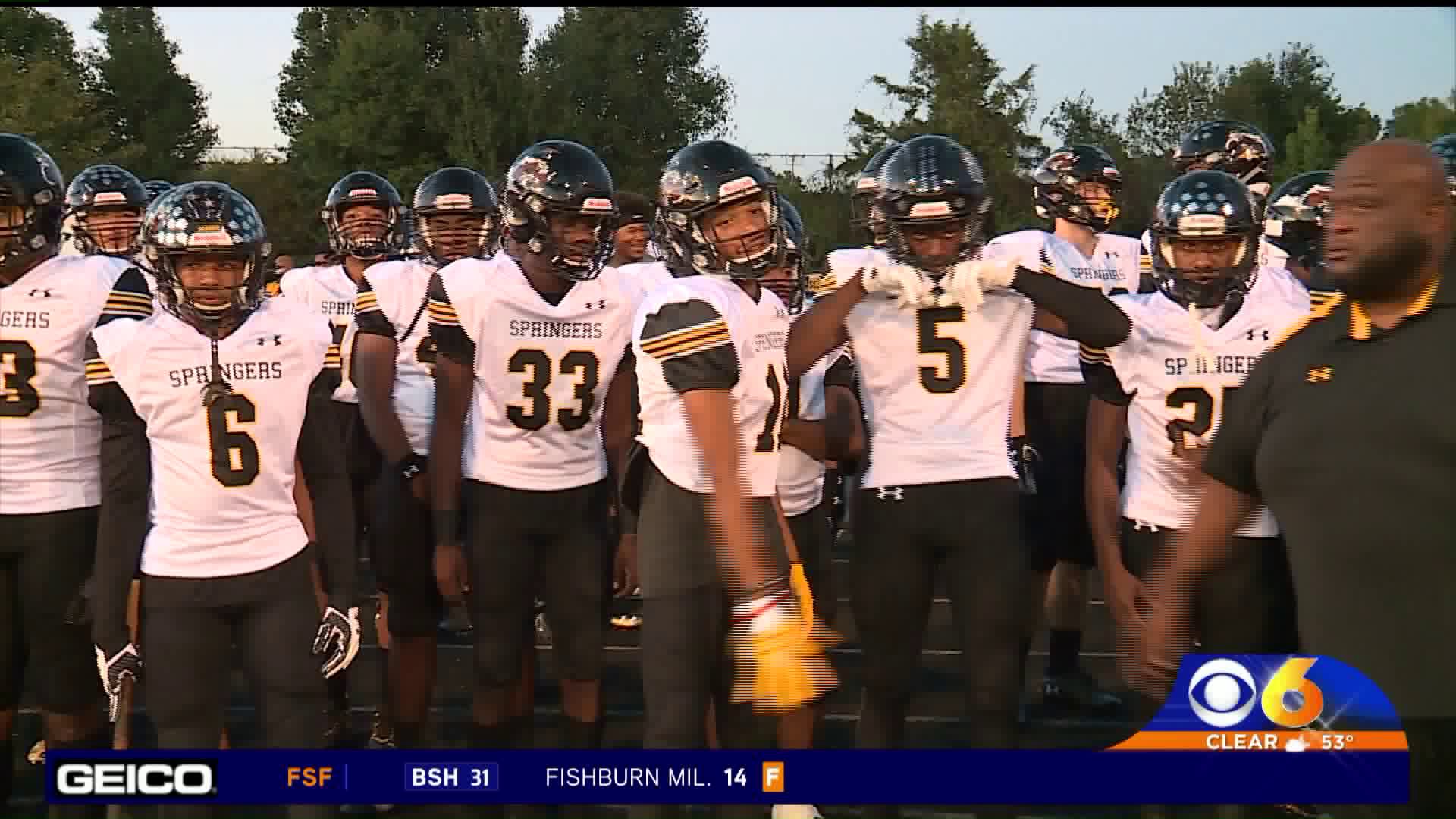 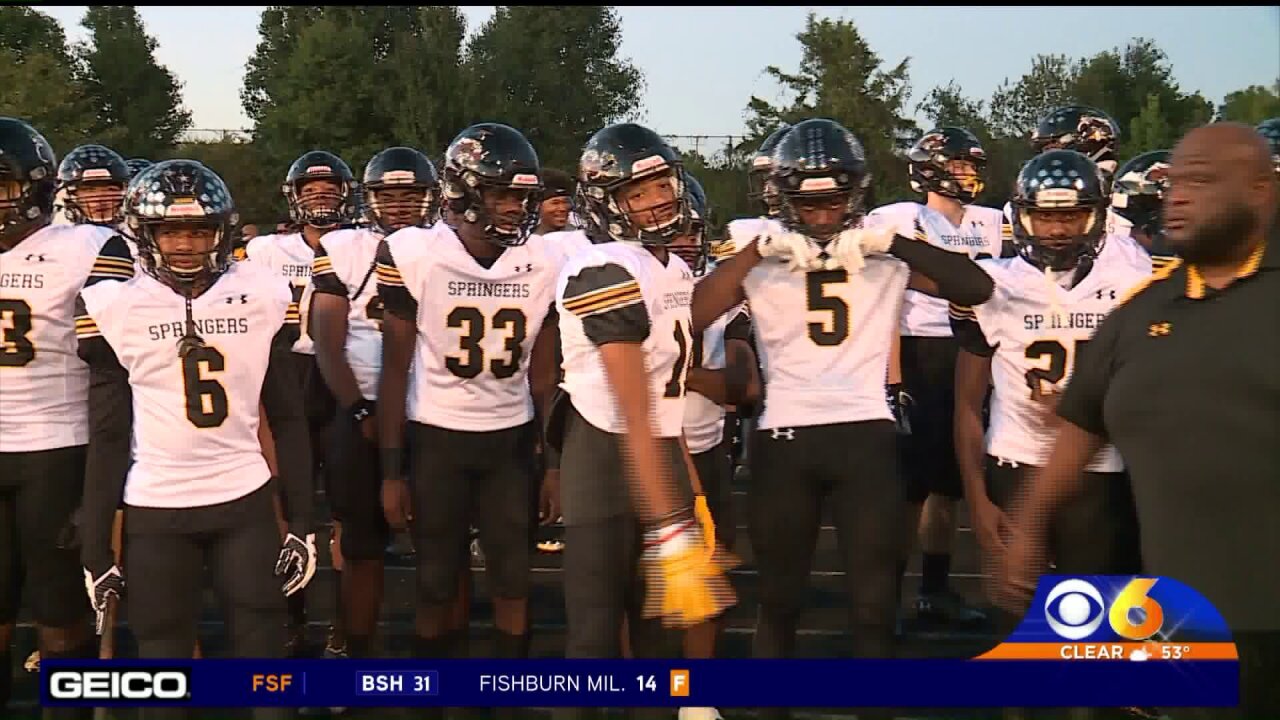 Chesterfield, VA - Highland Springs and Manchester have been number one and number two in just about every Central Virginia poll this season.  And both brought long winning streaks into their long awaited matchup, the first between the two since 1978.

Springers quarterback Jamareeh Jones scored two touchdowns and Highland Springs overcame three first half turnovers to outscore Manchester 26-0 in the second half for a 26-16 win to extend their winning streak to a Richmond region record 36 in a row.  The loss snapped the Lancers school record 20 game streak.

Isaiah Todd scored the game's first touchdown with a three yard run that was setup by a Springers fumble.  The Lancers would score 10 points off of Highland Springs three turnovers.

Jones scored the first of his two touchdowns in the third quarter after Highland Springs forced Manchester to punt on their opening drive of the second half that started the Springers 26-0 run in the second half.

Highland Springs improved to 7-0 on the season while the Lancers fell to 5-1 on the year.