Sen. Siobhan Dunnavant wants to focus on effectiveness in office 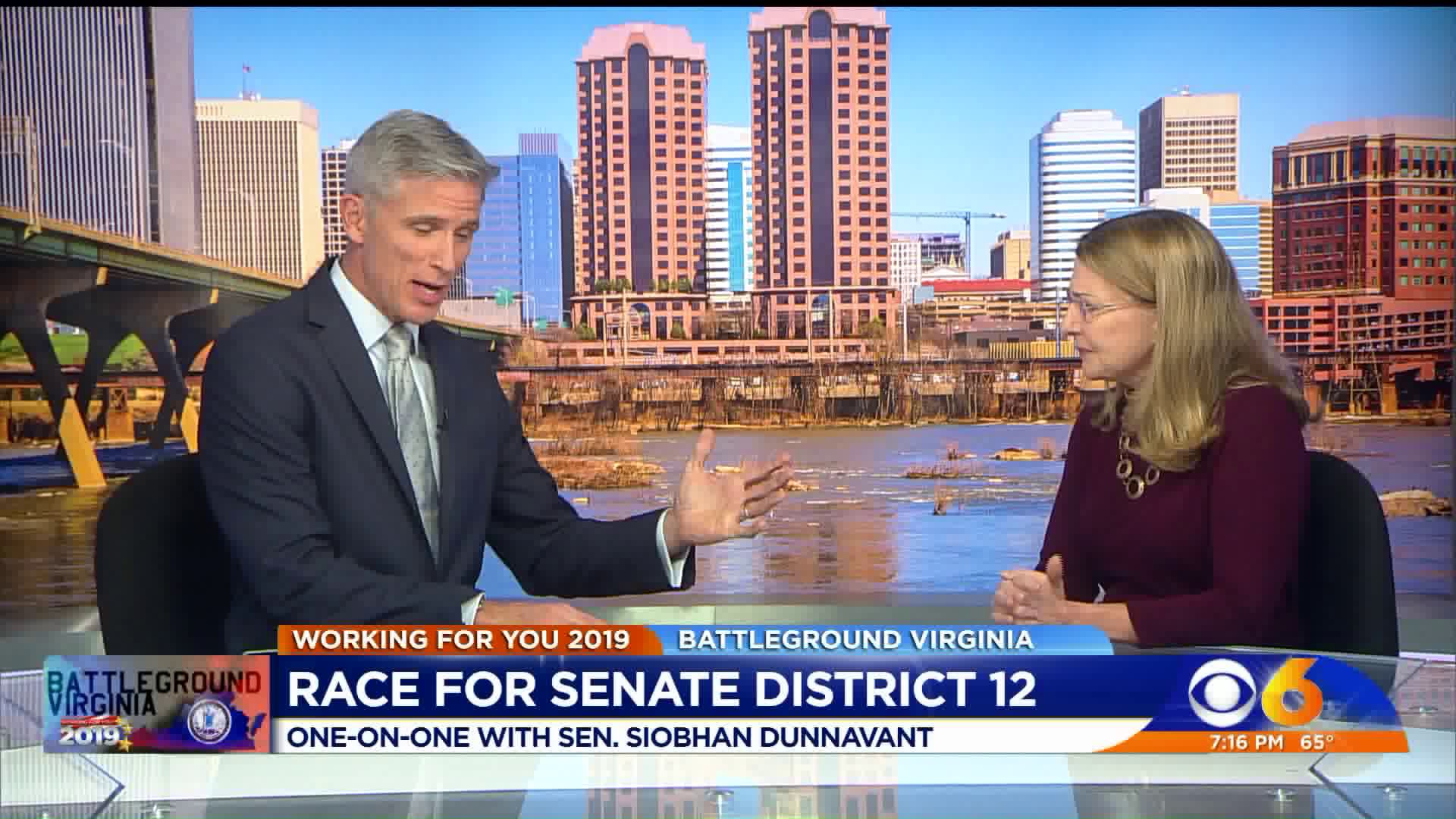 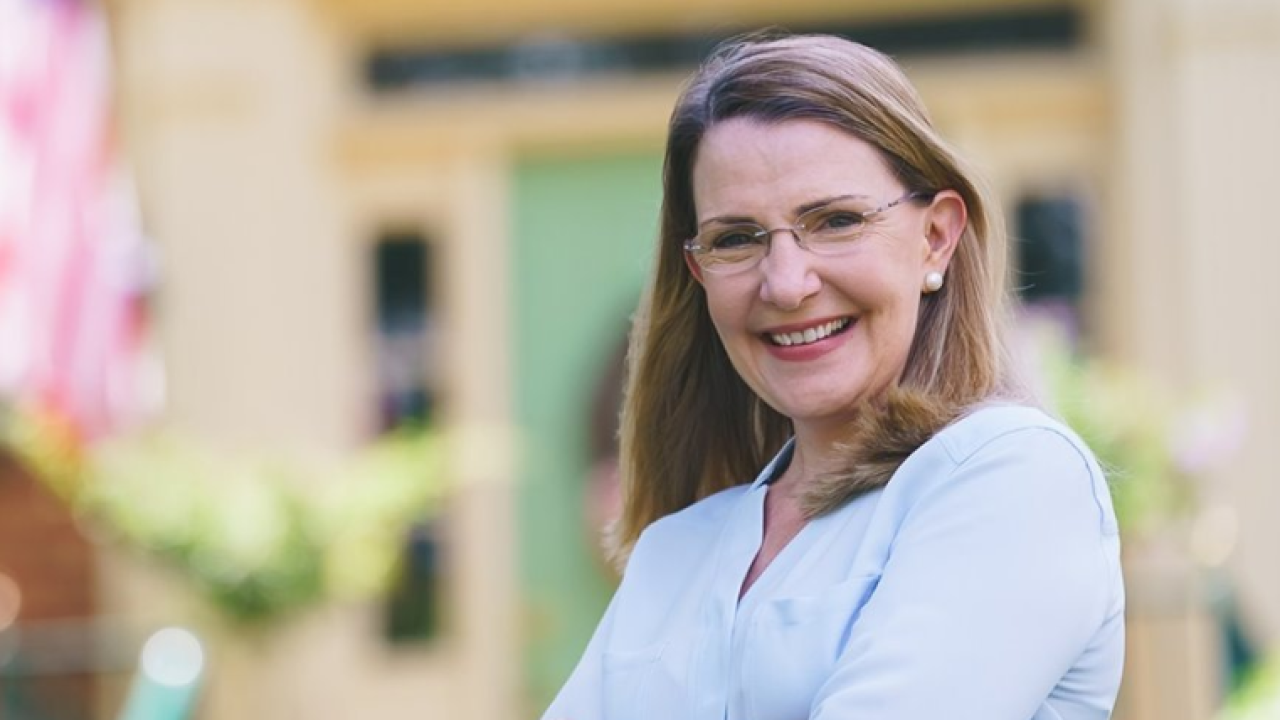 RICHMOND, Va. -- Siobhan Dunnavant, a Republican running for reelection to Senate District 12, stopped by the CBS 6 studio to talk about her campaign.

Del. Debra Rodman, a Democratic challenger, has outraised Dunnavant $1.85 million to $1.52 million, according to October 2019 figured.

Dunnavant, an OB-GYN, said that her family played a large role in her decision to run for office.

“I thought we weren’t effectively achieving some of the priorities that were important for my children and for me,” she said. “I thought, probably as a working mom and a physician, that I might be able to contribute something to the conversation that would move that along and that’s what I’ve done.”

Over the last four years, Dunnavant has passed 55 pieces of legislation -- including 26 on health care.

After voting against medicaid expansion, Dunnavant proposed her own bill in Feb. 2018. According to Virginia’s Legislative Information Systems, her bill focused on increasing income eligibility to adults with mental illnesses, included inpatient benefit care packages, and the Commonwealth Coordinated Care Plus program. Her bill passed with an 8-7 vote.

“In medicine, you’re looking to see what do we need to do in Virginia to really make a difference,” she said. “There are many things that are still unfunded including funding for disabilities and families that are caring for those with disabilities in their home and we have a responsibility to be funding those.”

Dunnavant said that 70% of Virginians do not get their health insurance through medicaid or medicare.

“It’s more than their mortgage in some cases,” she said. “It is a serious cost crisis and we really need to come up with some way to deal with it.”

Recently, Dunnavant stated she supported a federal ban on bump stocks, an attachment which allowed a gun to fire faster , while voting against banning bump stocks in the state of Virginia.

“A state ban on bump stocks would not accomplish that because they were easily transported across state lines or even ordered off the internet,” she said. “What I did do, that I believe is a real solution, that can reduce gun violence and we all want that.”

Gun violence is another large issue about which Dunnavant is vocal. She said when she sees a problem, she tries to fix it.

“I proposed legislation to make sure Virginia has easy access to a 24/7 mental health hotline and at the same time, knows where to report a threat and that threat is centrally reported, so that everybody in law enforcement and everybody that has an issue knows how to address that threat,” she said.

Dunnavant said she received bi-partisan support on her proposed legislation and is always asking what Virginia can do next to accomplish its goals.

In her appearance on CBS 6 News at 7, Del. Rodman pointed out voters wanted to feel like their voices were being heard. She said two years ago, when she was elected to the House of Delegates, she heard voters’ concerns about healthcare. She said she and other Democrats successfully passed Medicaid expansion.

She also said constituents were concerned about their teachers and that she and other delegates successfully passed a five percent teacher raises.

"When I put them [her school-age sons] on the bus in the morning, do I worry about did they do their homework? Do I worry about their going to get in trouble in school? No I worry are they going to come home,” Rodman said addressing school safety in an interview with Bill Fitzgerald.

Rodman said she believed the opposing political parties could have worked together towards finding a solution to gun violence during a special session called over the summer.

Rodman said she inspiration to run came from her idea that real people should have a voice in their government. She cited the passing of medicaid expansion as one of her achievements while a member of the House of Delegates.