Putin jokes that Russia will meddle in 2020 US elections 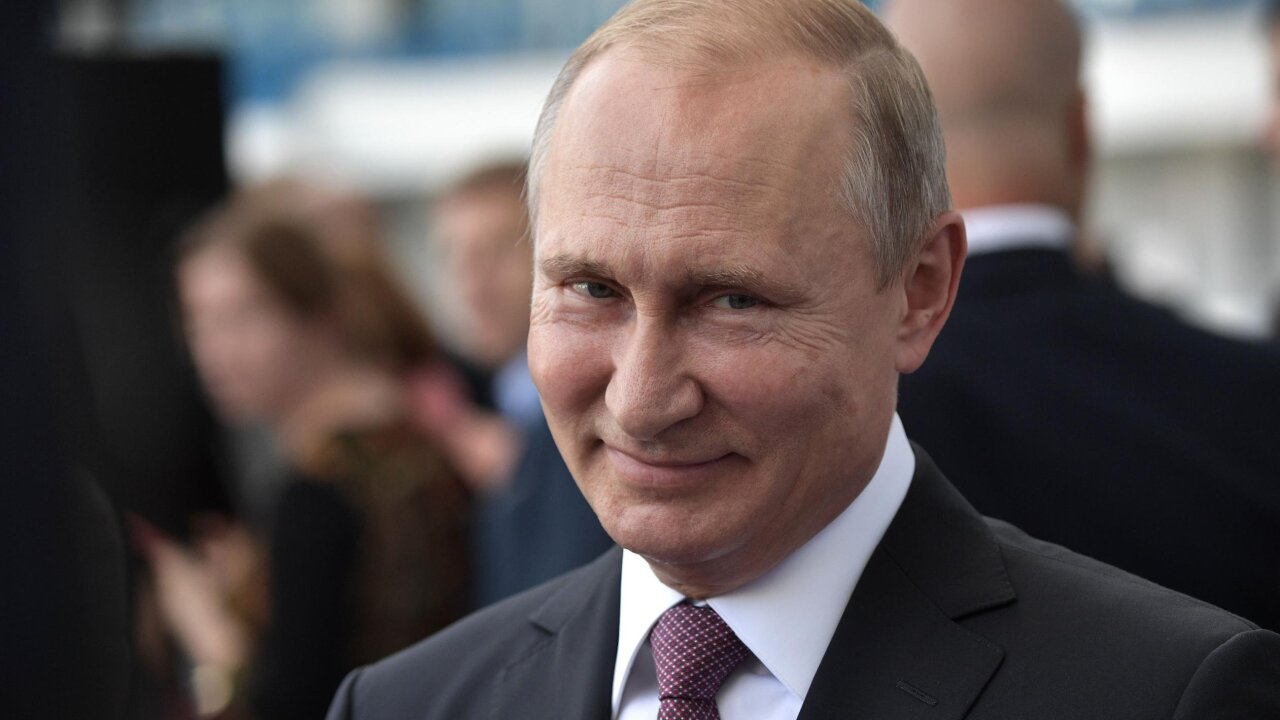 Russian President Vladimir Putin poked fun at the ongoing political crisis in the US by joking about election meddling.

Russian President Vladimir Putin poked fun at the ongoing political crisis in the US by joking about election meddling Wednesday.

When asked about concerns the Russia might interfere in the 2020 US elections, he replied: “I’ll tell you a secret: Yes, we’ll definitely do it,” Putin said. “Just don’t tell anyone,” he added, in a stage whisper.

Putin was appearing on a panel at Russian Energy Week, along with OPEC Secretary General Mohammed Barkindo and others.

“You know, we have enough of our own problems,” Putin continued. “We are engaged in resolving internal problems and are primarily focused on this.”

“Look, I haven’t been president all my life, but my previous life taught me that any of my conversation can become public,” said Putin when asked to about the Trump-Ukraine scandal and ensuing impeachment inquiry. “I always proceed from this.”

Putin added: “So when there were attempts to launch a scandal regarding my meeting with Trump in Helsinki — we directly told the administration to just publish it. If somebody wants to know something — just publish it, we don’t mind.”

The White House faced questions after the Helsinki summit when it emerged that the official transcript from the Trump-Putin Helsinki summit omitted a portion of a question. Trump has also faced criticism over his confiscation of translator notes from a separate conversation with Putin.

“I assure you there was nothing that would have compromised President Trump there,” Putin said. “As far as I understand it, they haven’t done it out of principle, there are just some things that should not be public.”

Trump’s phone call with Ukraine’s President prompted a whistleblower complaint that has since led to an impeachment inquiry against the US President.

A rough transcript of the phone call released by the White House shows Trump repeatedly pushed Zelensky to investigate former Vice President Joe Biden and his son Hunter, who at one point served on the board of a Ukrainian natural gas company. There is no evidence of wrongdoing by Joe or Hunter Biden.

Putin weighed in on the impeachment inquiry on Wednesday, repeating the US President’s previous unverified claim that he had been wiretapped.

“They began with this impeachment proceeding. And they always recall Nixon. Nixon’s team was wiretapping, listening to their rivals,” Putin said.

“But this is a completely different situation — Trump was wiretapped! Some anonymous special service staffer leaked this information. And based on what we know from the call there was nothing wrong there. Trump asked his colleague to investigate possible corruption schemes of previous administrations.”

CNN has reached out to the White House for reaction to Putin’s comments.

Putin also said he had seen “no evidence” to indicate Iran was behind last month’s attacks on Saudi Arabian oil infrastructure.

Asked how he viewed the attack, Putin replied: “We condemn this, but we are against shifting blame on Iran, as there is no evidence for that,” RIA-Novosti reported.

According to RIA-Novosti, Putin added that the US intelligence agencies “so far have not submitted any evidence. And we spoke to the leadership of Saudi Arabia, I personally spoke to the Crown Prince, and as I understood my interlocutor, Saudi Arabia is striving to get irrefutable evidence of one or another country being involved into these events. But so far, no one has offered such evidence.”

Last month CNN reported that Saudi and US investigators had determined “with very high probability” that the September attack on the Saudi oil industry was launched from an Iranian base in Iran close to the border with Iraq, according to a source familiar with the investigation. Iran’s foreign minister Javad Zarif has denied that Iran was involved in the attacks.