Henrico Citizen newspapers no longer on racks in Kroger: ‘It’s a blow’ 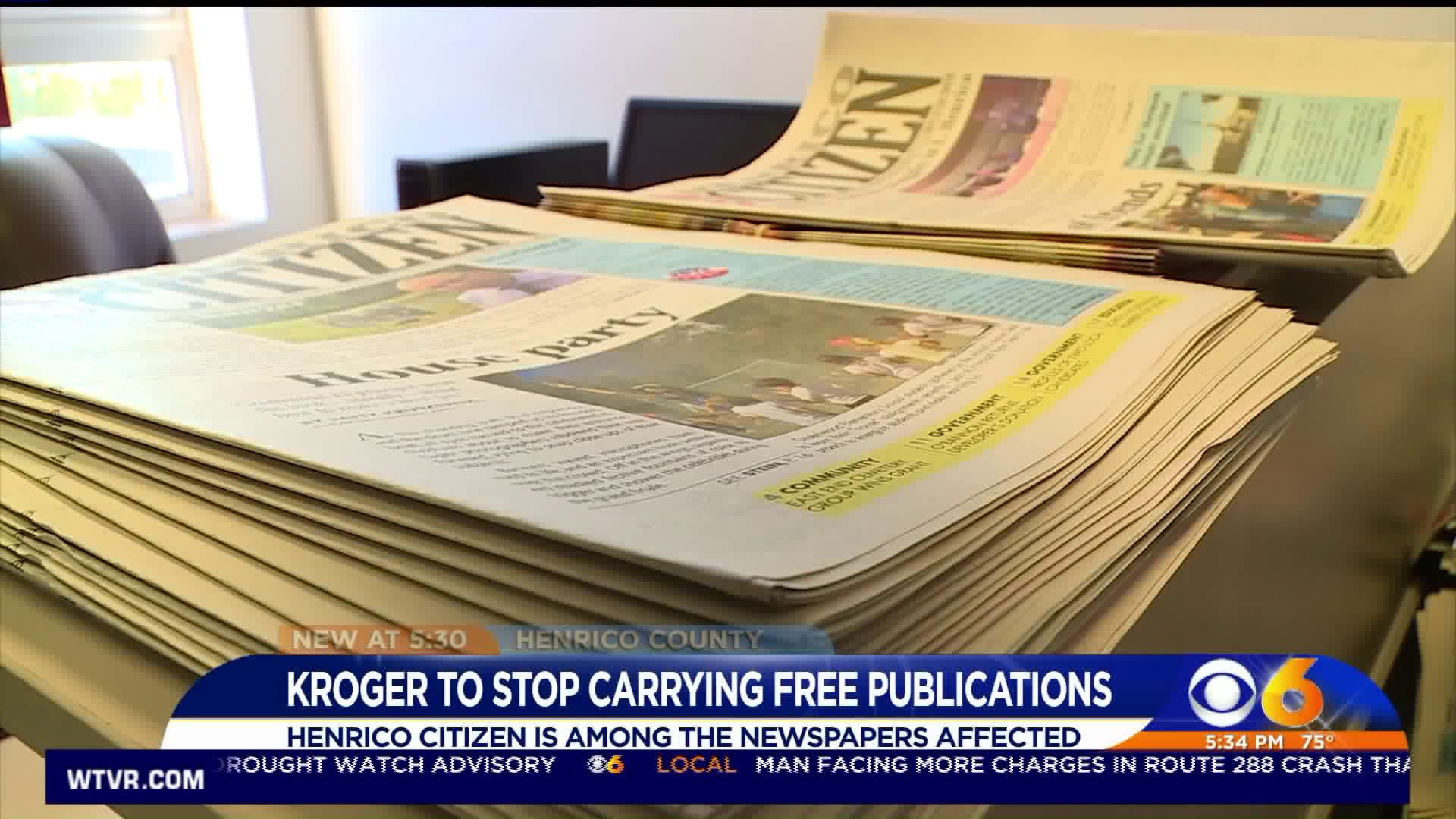 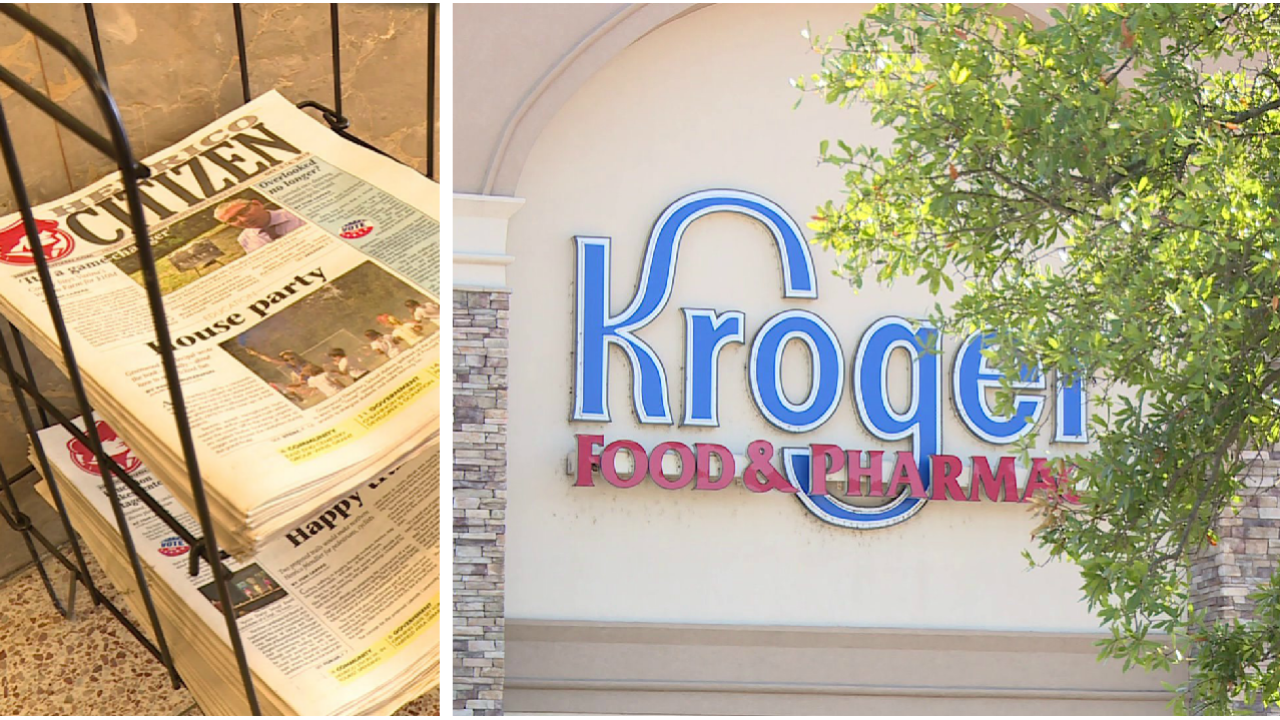 HENRICO COUNTY, Va. -- An owner of a Henrico-centric publication is concerned about the future of his business after a major supermarket announced it would no longer carry his publication.

From day one, Lappas has offered his paper for free. The Henrico Citizen has relied entirely on loyal advertisers and customers.

"It's a non-lucrative endeavor, it's a constant grind," admitted Lappas. "Our purpose really is to connect the community, it's why I started the paper."

Recently, word came by letter that Kroger will stop carrying the Henrico Citizen, along with every free publication on racks in their stores, effective October 31.

“It was a little surprising and disappointing,” said Lappas. "A lot of people were upset about it."

Approximately 17 to 18 percent of his paper's distribution came from Kroger. Hundreds of issues filter through Kroger grocery stores each month.

In an already tough environment for community journalism, Lappas hoped to change the corporate leaders' mind.

"You lose something every time one of those papers dies. We are doing our best to hold down the fort the best we can," he recalled.

A Kroger spokesperson said in a statement they decided to remove the racks because they're no longer driving customer engagement in stores.

"The policy to remove the racks is on an enterprise-level across the country. We decided to remove these publication racks because the racks are no longer driving customer engagement in stores," said Allison McGee, corporate affairs manager for Kroger Mid-Atlantic.