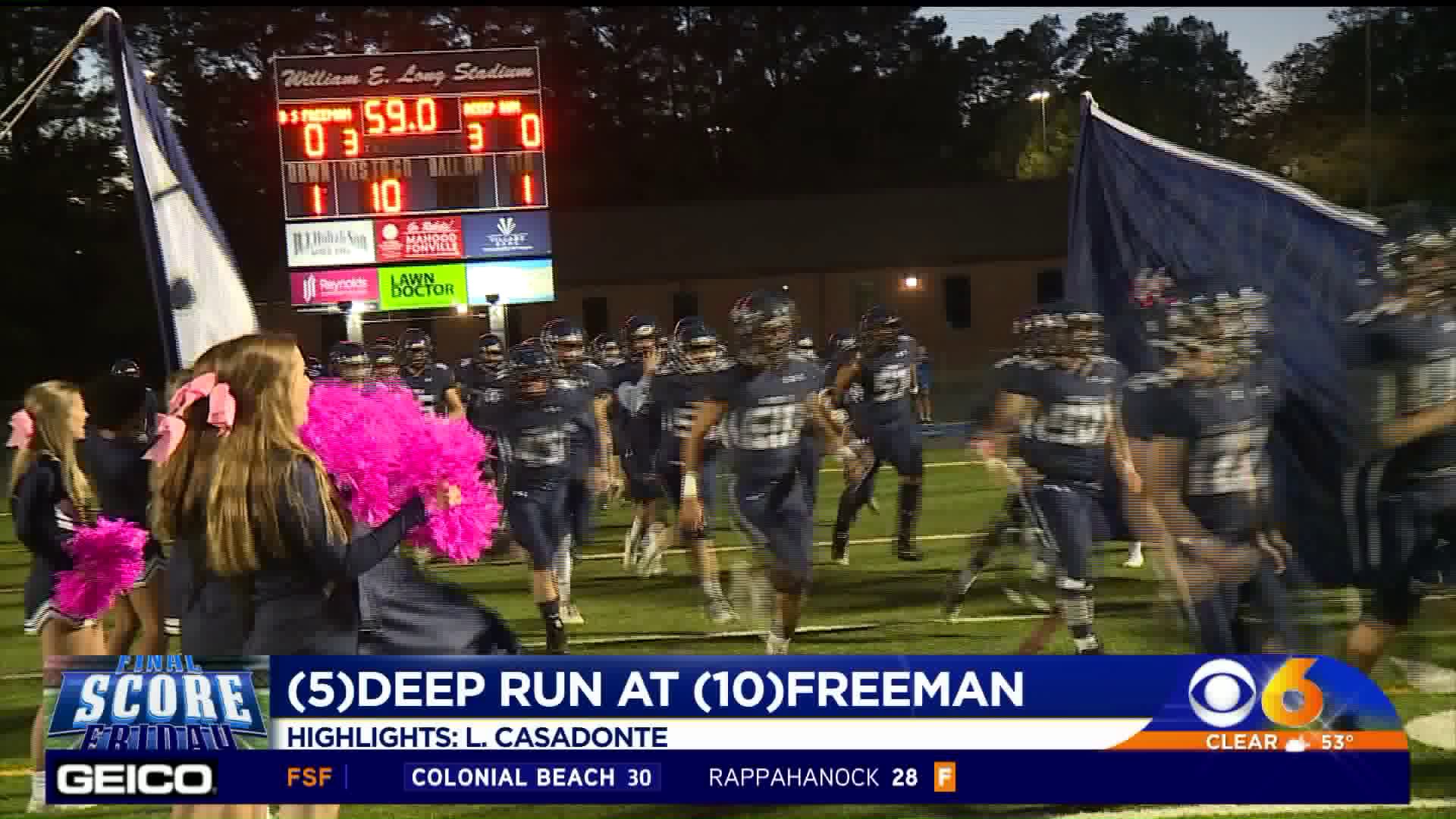 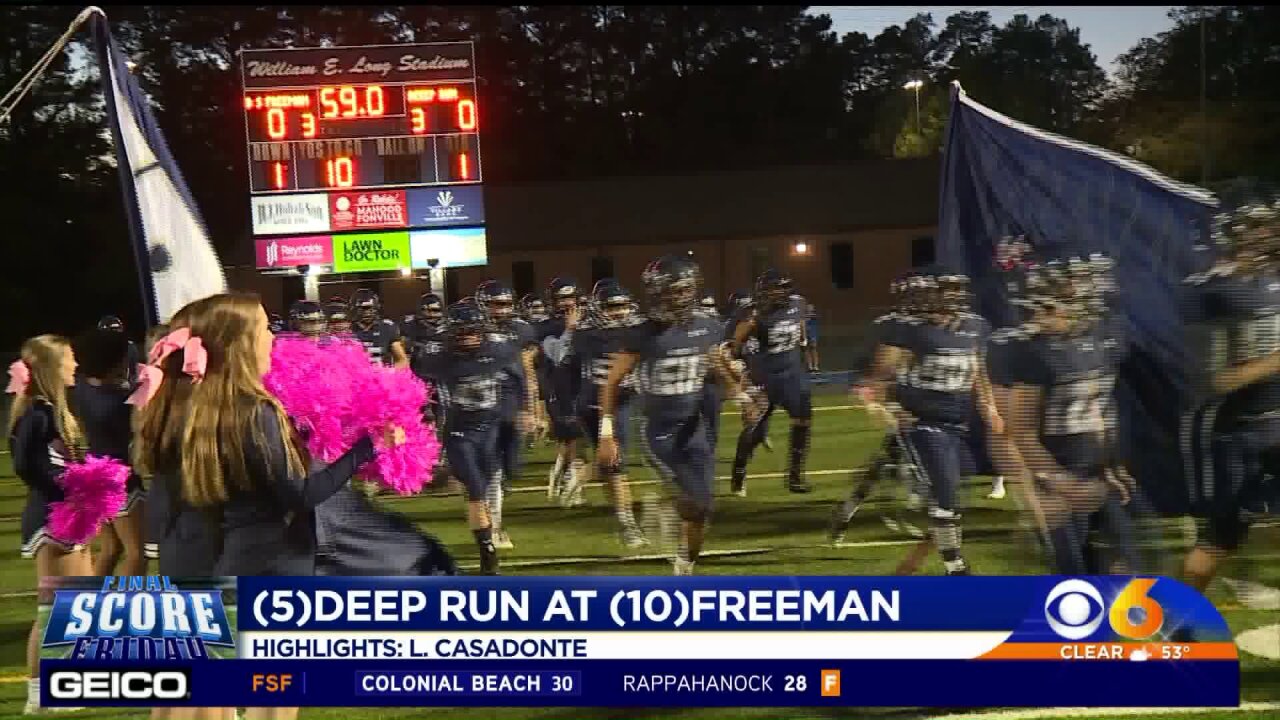 Richmond, Va. - Bo Kite and Alva Rose combined for 275 yards on the ground as Deep Run improved to 7-0 with a 29-6 win over Douglas Freeman in a battle of top ten teams.

Kyle Gensone started the scoring for the Wildcats capping their first drive with a 56 yard TD run.  Rebels quarterback Andrew Bland was picked off twice in the first half, each turnover leading to Deep Run scores.

The first one by Jesse Robinson led to a 19 yard Kite scoring run, while the second by Garrett Keeney led to the first of Kite's 2 TD passes.

Deep Run rolled up nearly 400 yards rushing in improving to 7-0 on the season. Freeman (5-2) was led by Bland who threw for 258 yards and a score, but saw their five game winning streak snapped.