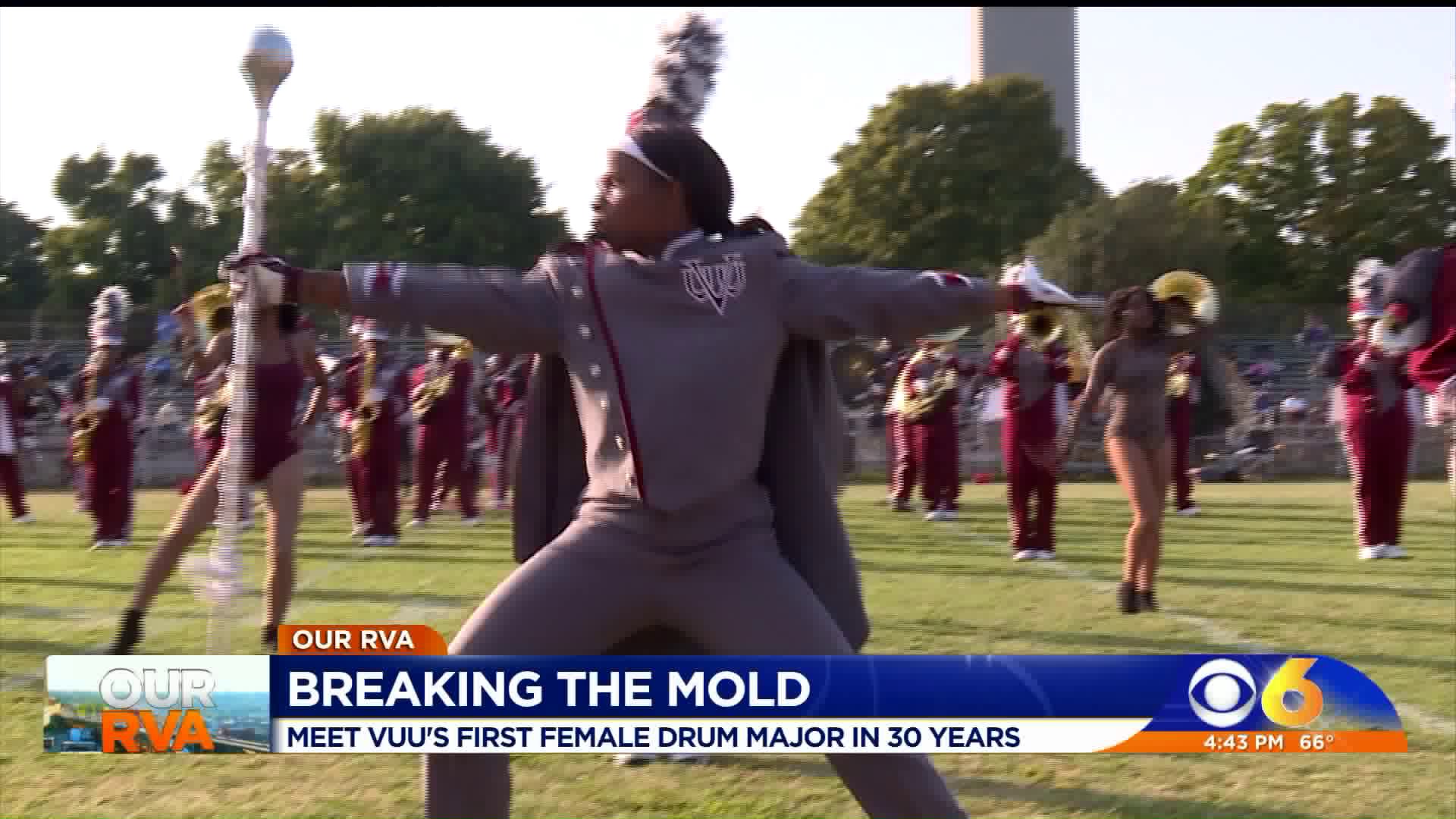 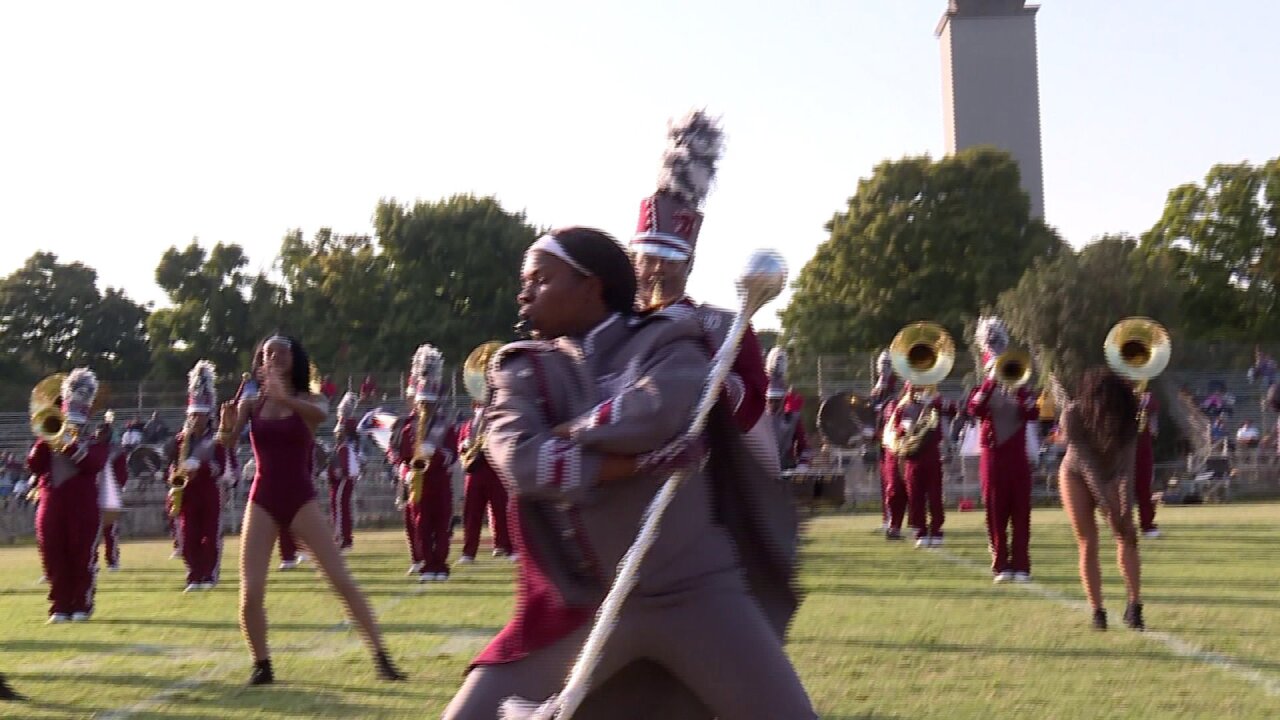 RICHMOND, Va. -- The drum major is such an important and prestigious position to a marching band. From providing commands to conducting, a band doesn't exist without a great leader. Over at Virginia Union University, you can't help but pay attention to one of theirs, because there are not many like her.

For the first time in 30 years, the Virginia Union Ambassadors of Sound Marching Band is marching to the beat of a different drum major. Back in April, Diamond McGhee, a junior from Portsmouth, was named a co-drum major -- becoming only the second female drum major in the school's history.

"It's huge. It's an achievement. It says exactly what it's supposed to say: women rule the world,” McGhee laughed out loud.

McGhee, who is majoring in psychology, started out as twirler when she joined the band, and by her sophomore year was named co-captain of the group. But Diamond wanted a more prominent role.

"I felt like it was time for a higher leadership position," McGhee said. "There's no higher part in the band other than being your captain or your section leader except for the next part would be drum major."

VUU has already made strides when it comes to its marching band. The school's Director of Bands, Fayesha Cousins, is one of only a handful of female college band directors in the country.  She, more than anybody had no problems in breaking the mold when it came selecting a new major.

"Especially in the HBCU culture, it was unheard of, but now we're looking at the equality of women. She can do it just as well as he can do it," Cousins said.

"No matter what gender you are everybody has an equal opportunity to become something great or something better than they were," James said.

From the behind scenes work during the week at practice, to suiting up and getting the band ready hours before the game, and of course shining on the field during the halftime show 'Women rule the world'McGhee says she loves everything that comes with the title.

And the difference comes with a new level of respect.

“Everyone calls me the drum major now," McGhee said. "So it's really cool. It's cool. I'll take it."