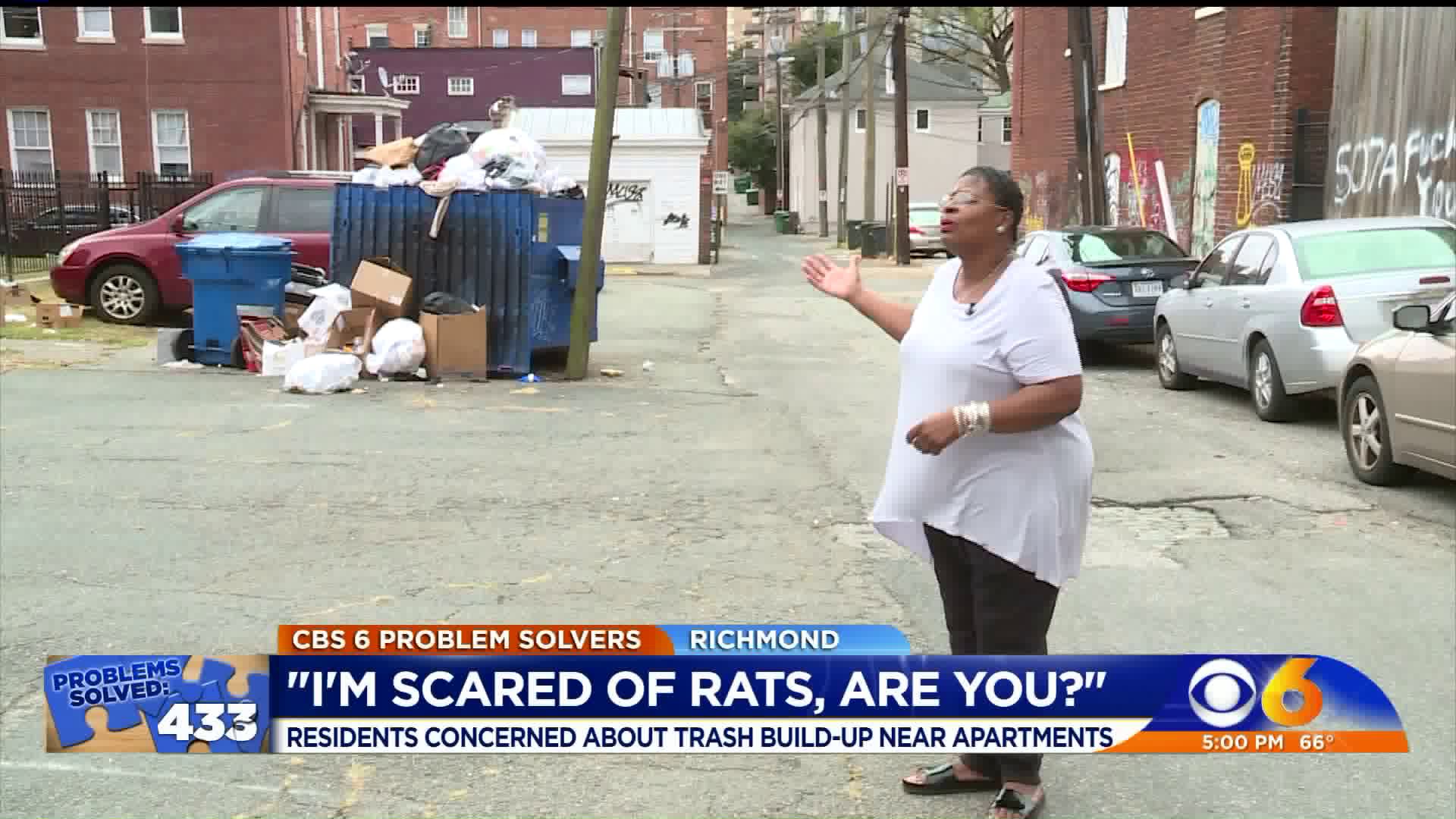 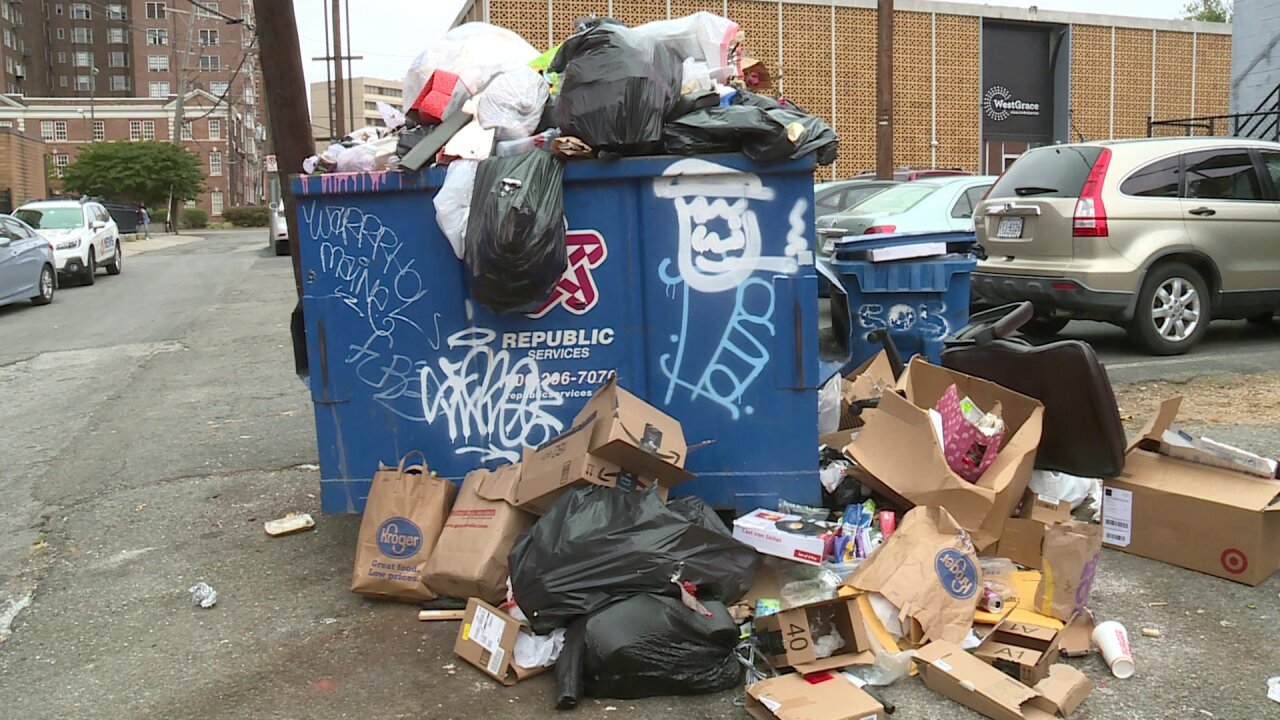 RICHMOND, Va. -- Estelle Leeper looked out of her West Franklin Street balcony on Wednesday only to be greeted by an overflowing dumpster.

The dumpster sits in the alleyway between West Grace and West Franklin Streets near the VCU campus.

"When it gets really hot, it smells," Leeper explained. "Then, one morning I got up and saw rats in the alley."

Bags of garbage sit atop the dumpster as old food containers and rotten vegetables collect on the ground nearby. Amazon delivery boxes and trash litter the lot mere feet from the container.

"Mice are running around," Leeper stated. "Wind blows all the paper and it goes all over the yard."

Leeper said her neighborhood of more than two decades didn't used to look like this. She said the trash began to pile-up more often about a year ago.

CBS 6 Problem Solver Brendan King found out the dumpster belongs to Republic Services, an Arizona-based company which rents their dumpsters to private companies.

The container was contracted to a Richmond property management company that rents apartments on West Grace Street.

Less than four hours after the Problem Solvers got involved, a garbage truck went to the alleyway and emptied the dumpster.

"He will stop into the complex property management office to talk with them about not blocking the containers and ask that any cars that are in the way of the container on the collection day are moved. We’ll work with the management team to make sure this is taken care of going forward," a Republic Services spokesperson wrote in an email. "Our local team spoke with someone at the office and the woman said she will make sure the containers are not blocked in the future. We are glad this was resolved."