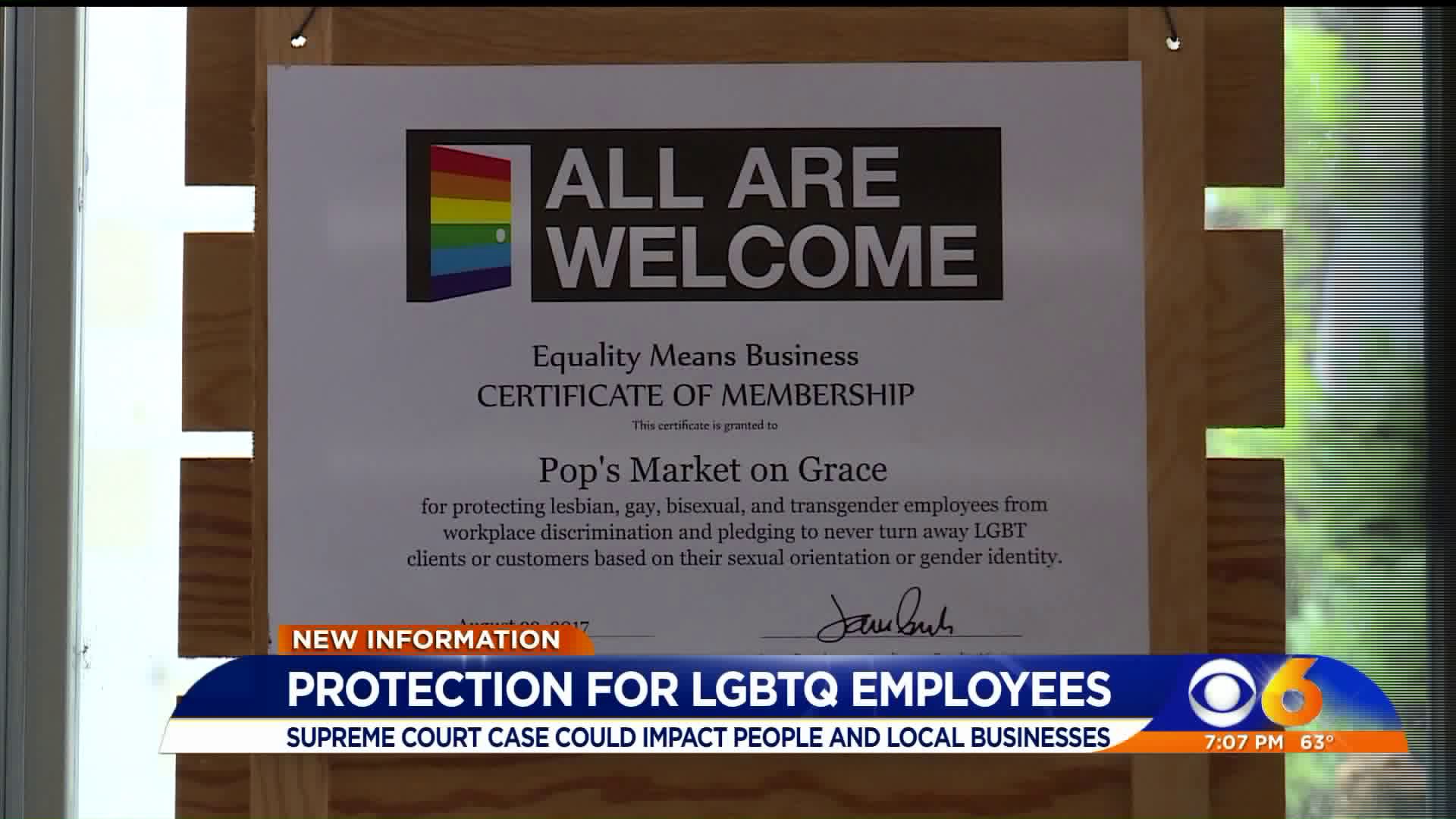 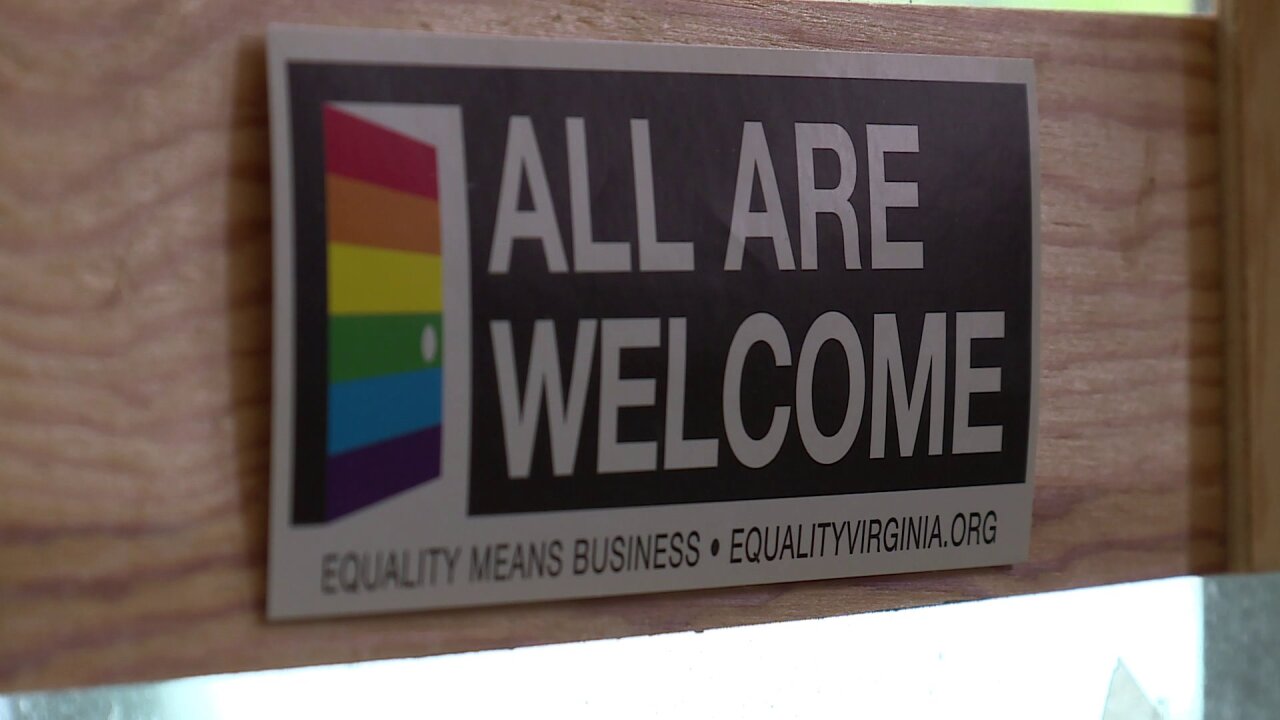 Posted next to the front door of the market is a pledge promising they will not discriminate against their employees or customers based on their sexual orientation or gender identity.  With the U.S. Supreme Court expected to soon decide whether federal workplace protections based on "sex" should extend to gay and transgender people, Pop's Market is one of more than 1,000 businesses in Virginia that have already taken made the promise beyond any government policy.

"We can gather and spend time together and learn about each other," Wright said. "If we can't be kind to one another, respectful, then where we going?"

Tuesday, CBS News reports that the Justice appeared divided on whether federal civil rights protections extend to LGBTQ people.  Virginia advocacy groups on both sides of the argument said the SCOTUS decision could impact Virginia citizens and state policy.

"One of our biggest barriers has been that most Virginians believe we're already protected under law," said James Parrish, Executive Director of Equality Virginia. "I could go down the street today as a gay man and be denied service in a restaurant because I'm gay and that is completely legal under current Virginia law,"

Neither federal or state law specifically protects LGBTQ Virginians from discrimination in housing, in public spaces, or at the workplaces.  Governor Ralph Northam (D) has signed an executive order barring discriminatory practices at Virginia agencies, but state law does not explicitly ban the practice.

Parrish said the hardest calls he takes are from gay and transgender people who have been discriminated against.

"It's difficult. These are just people who want a job, they want a house for themselves and their family, they want to provide for their family, all the American values we live by. You can't do that when someone can deny you housing or deny you a job just because of how you identify or who you love," Parrish said.

Victoria Cobb, President of the Family Foundation of Virgina, said Virginians who subscribe a more "traditional" definition of sex could see real world consequences with the SCOTUS decision.

"People need to understand there are humans on the other side of this issue too," Cobb said.

Cobb pointed to the case of Peter Vlaming, a West Point, Virginia, teacher who was fired for refusing to call a transgender student by his preferred pronoun.

"What's at stake at the Supreme Court is really whether the Justices can write law from the bench, reinterpret old statutes with new meanings," Cobb said.   "I think the more wide sweeping issue is how do we define the word sex with regards to is this about physiology and biology or is it about how one feels."

At Pop's Market on Grace, no matter what courts decide, Wright said their establishment would continue to welcome anyone and everyone.

"You come into my space, you're coming into my home, and I would not treat a guest disrespectfully like that," Wright said. "It is a spot where people can be safe and heard and genuinely appreciated just because they showed up today."

The U.S. Supreme Court is expected to rule on the three cases dealing with this issue in the spring of 2020.