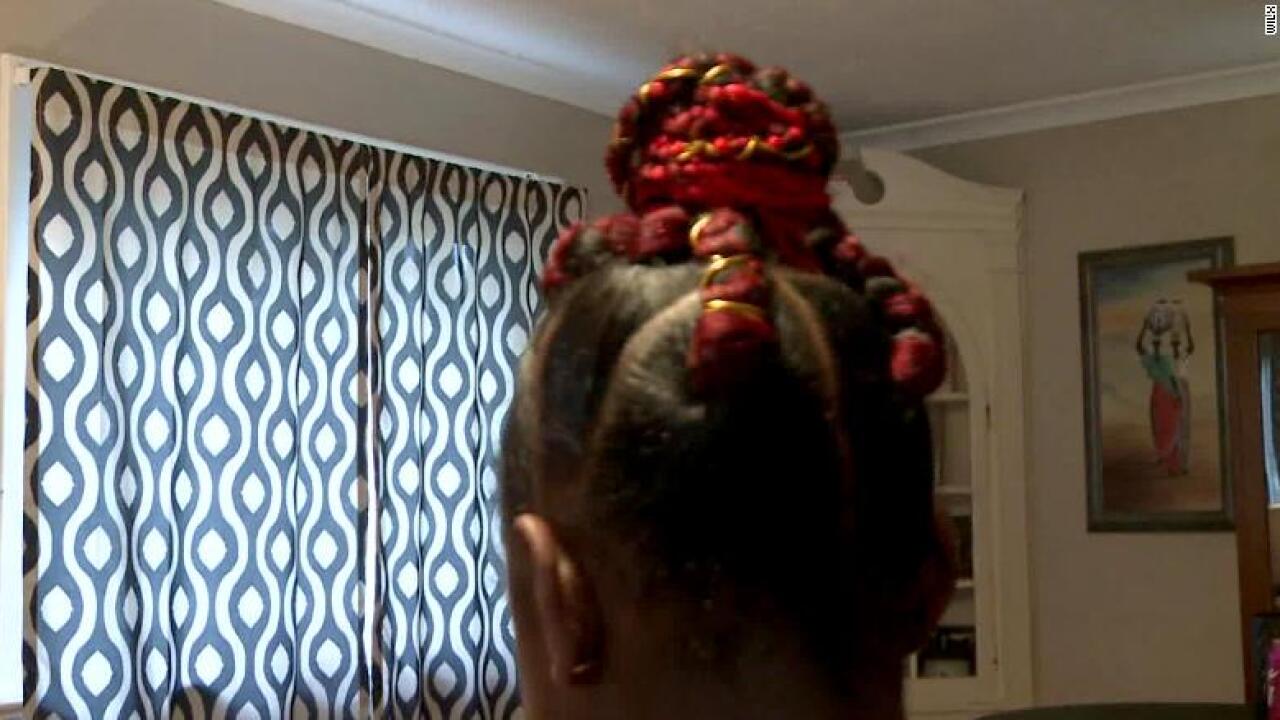 Marian Scott sent to school with red extensions braided into a bun.

Marian Scott sent to school with red extensions braided into a bun.

An 8-year-old girl said she felt “singled out” after being blocked from getting her school picture taken because of her hairstyle.

Marian Scott told CNN affiliate WILX she cried after she was told that she couldn’t get her photo taken because of the red extensions in her hair.

The Jackson, Michigan, school’s handbook says students’ hair color must be “of natural tones” to get their picture taken, WILX reported.

Kriesch told the station that students with a hair color or style violation have a week to get it corrected, which is why Marian was allowed to remain in class.

The girl’s family said they don’t have plans to remove her from the school, but they said they would like to see better communication from school administrators.

“If they would have reached out to us and say come get her … she’s got a hair issue, we need you to change it, that’s not allowed — I would have been fine with why this happened, but they didn’t reach out to us,” Scott told WILX.

The school sent out a recorded message the Sunday before photos were taken going over the dress code policy that Scott said he never heard nor saw, according to the station.

“Had I seen the email, I probably would have told Marian’s mother to not do it, but I guess I think it’s good that this happened because now people are going to get the opportunity to see what is really going on,” he said.

This isn’t the first time a dress code has been criticized. In September, a Texas school district said a 4-year-old boy had to braid his hair or cut it off, saying his long hair is in violation of the school district’s dress code. Parents argued that it was discriminatory against black hairstyles.

Action has been taken to stop employers from discriminating against people based on their natural hair.

California Gov. Gavin Newsom signed the Crown Act into law in July, making it illegal to enforce dress code or grooming policies against hairstyles such as afros, braids, twists and locks.

Marian went to school on Monday for the first time since the incident with all black hair. She plans to get her picture taken on retake day, November 12.