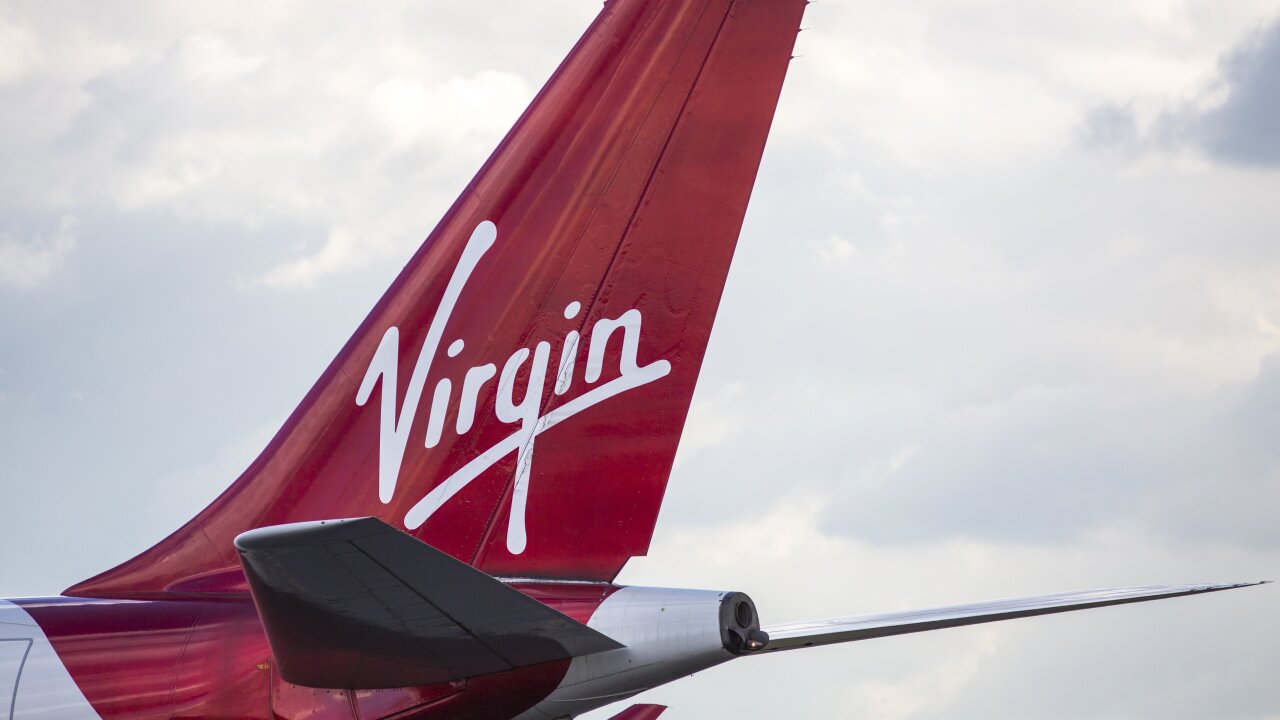 A Virgin Airways aircraft at Heathrow Airport in 2016.

Shortly after takeoff on an eight-hour flight from London to Washington, DC, a woman says she started receiving disturbing messages on the in-flight system.

Jessica Van Meir, 24, was traveling on Saturday for business. She told CNN she got up to use the bathroom early in the flight, and when she returned to her seat the messages started popping up on the screen.

The unwelcome messages appeared to come from a group of passengers sitting behind her, who she passed on the way to the restroom.

One message named her seat number specifically and called her “tidy babe.” Another message from a different seat number says “welcome to hell.”

Van Meir, who is a paralegal and works for a firm that specializes in sexual harassment litigation, responded:

“i work for a law firm that specializes in online sexual harassment. enjoy being reported to Virgin.”

Then another passenger responds “currently you are now in the danger zone.”

Van Meir said she reported the incident to flight attendants, who addressed the issue immediately. The flight crew asked if they could speak with the men who sent the messages and Van Meir agreed. The harassment stopped after that, and the crew checked on her throughout the trans-Atlantic flight, Van Meir said.

But Van Meir she said she was left thinking about this for the rest of the flight.

“It’s on a regular basis that women are catcalled,” Van Meir told CNN Monday. “It’s exhausting and it makes you feel unsafe.”

“I was also appalled and disappointed that someone would be so disrespectful and entitled as to send me messages on a flight when I’m traveling on my own just trying to enjoy my flight peacefully and not be harassed by anyone.”

She told CNN that she didn’t hear from those passengers again for the rest of the flight. She did get up again to use the restroom and said the group appeared to be made up of young men.

At one point during the flight, she said a man, who identified himself as the group’s rugby coach, approached her and apologized to her for their actions.

Van Meir took images of the messages and posted them on Twitter on Sunday.

“It’s definitely an odd coincidence that they picked the wrong person to send these messages to because I deal with these kinds of incidents on a regular basis with my work,” she said.

A Virgin Atlantic spokesperson told CNN on Monday that they were “extremely concerned” about this incident and are “investigating as a matter of urgency.”

“We want all of our customers to have the best possible experience when they fly with us, and have zero tolerance for any disruptive or inappropriate behaviour,” the statements reads. “We’re grateful to our cabin crew who supported our customer following this incident and would like to apologise for the distress caused.”

They added that they are reviewing their in-flight entertainment systems to make sure it doesn’t happen again, and said that seat-to-seat messaging is already being phased out across their fleet.

Van Meir said she hopes that those men have learned that those messages aren’t appropriate and can be harmful and hurtful to the receiver.

“I would hope that other people who face this kind of harassment can feel confident in reporting it and feeling they are not alone and not at fault.”