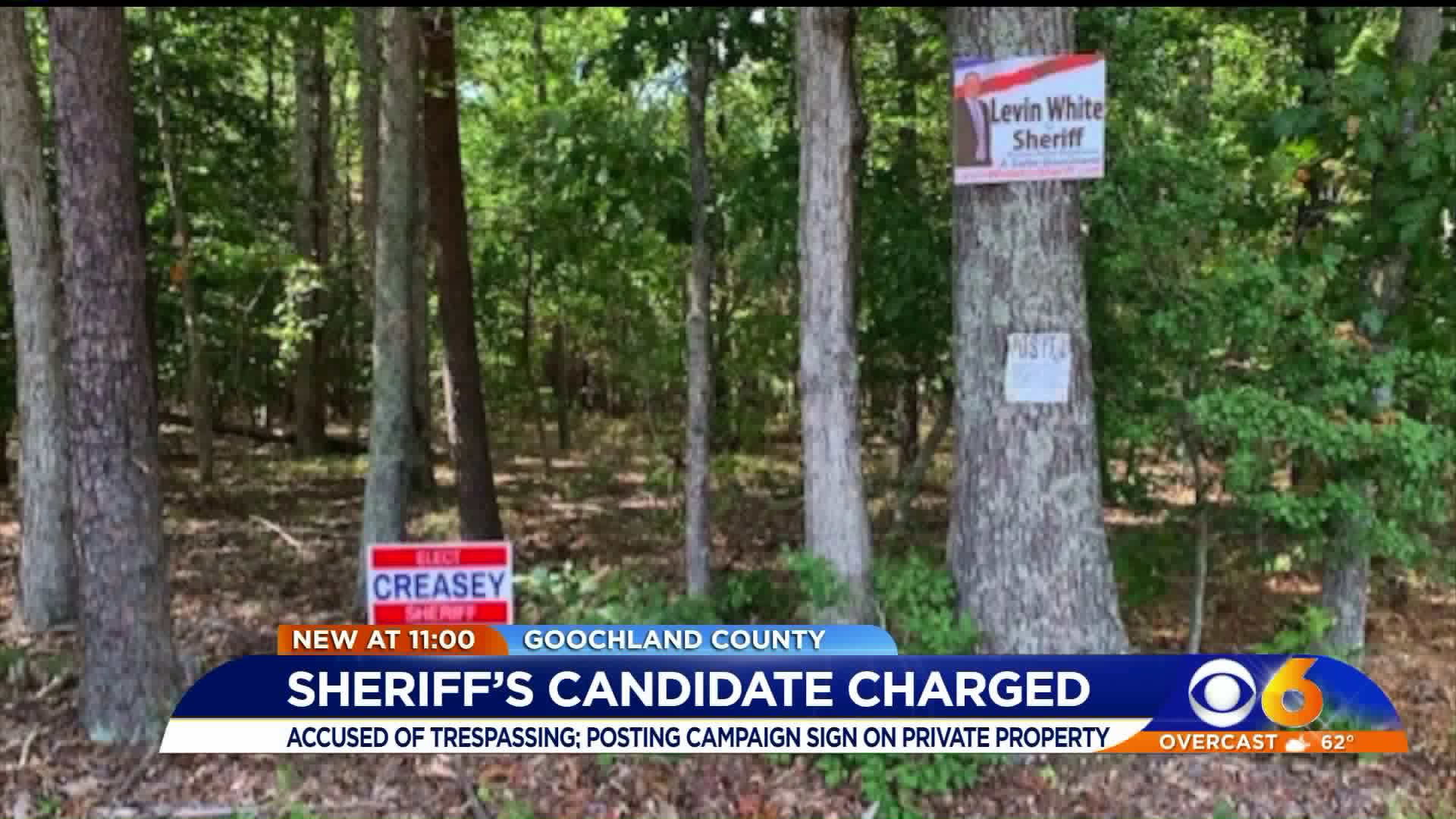 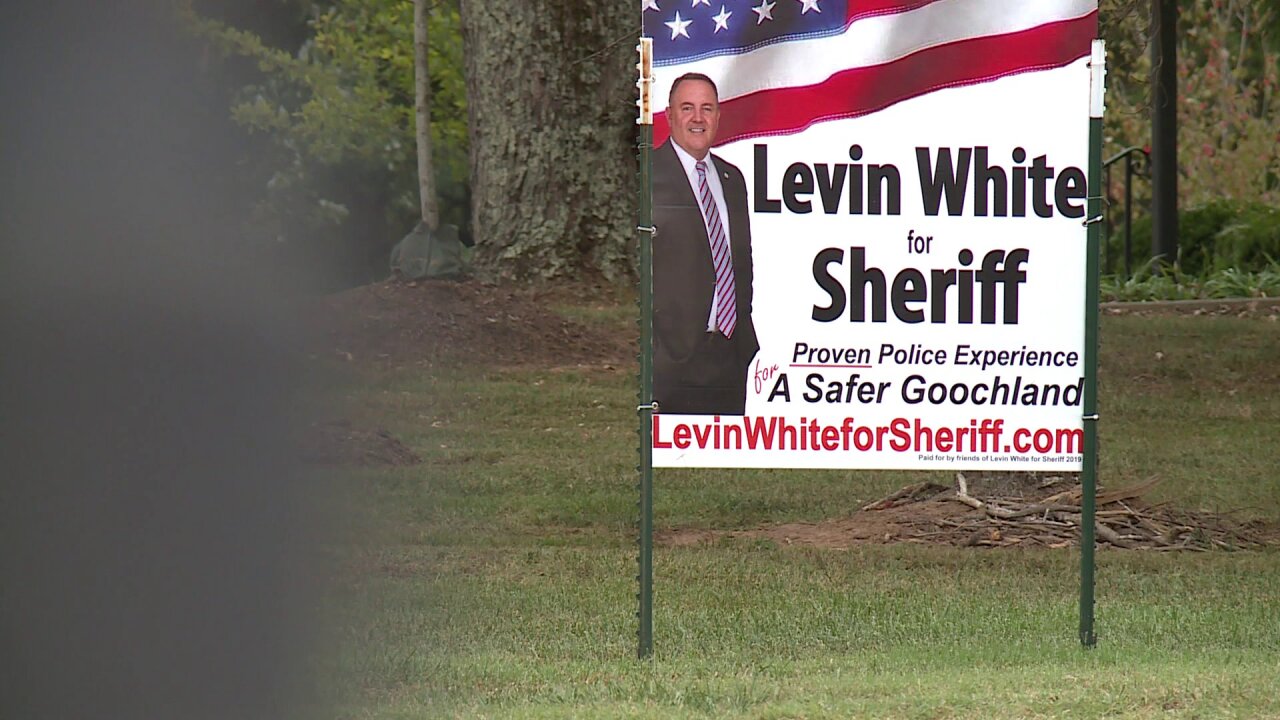 GOOCHLAND COUNTY, Va. -- A Goochland man running for Sheriff has been accused posting his campaign sign on private property.

Court documents obtained by CBS 6 reveal that Levin White, one of two candidates running to be the next Goochland County Sheriff, is facing a misdemeanor charge of trespassing even with a sign being posted.

The complaint was filed by William Rigg, the managing member of WLS Properties LLC. Rigg owns land located at the intersection of Manakin Road and Broad Run Road.

According to the complaint, a sign supporting to elect Steven Creasey for Sheriff was legally posted on the property, October 1.

The complaint goes on to state that on October 2, the sign was removed and placed 10 yards back into the woods of the property, which led to a game camera being installed.

"The reason the game camera was there, is that something was happening to the other candidate's signs," said Goochland County Sheriff, James Agnew. "So the person who put the sign there, put a game camera up to determine what happened."

CBS 6 obtained still photos from the game camera that spotted White on the property October 4th, placing his own sign right above the 'No Trespassing' sign posted on the property right next to the Creasey for Sheriff sign.

"If someone who wishes to be sheriff, it strikes me as, best case scenario, ignorance of the law, worst-case scenario, blatant disregard of the law and neither is good," said Agnew.

White is due in court on November 4th, a day before the election.

CBS 6 spoke with White and Rigg off-camera Tuesday afternoon, both declined to comment on the matter.

Correction: A previous version of this story incorrectly said that White was accused of taking down one of his opponent's campaign signs and replacing it with his own. We apologize for the error.