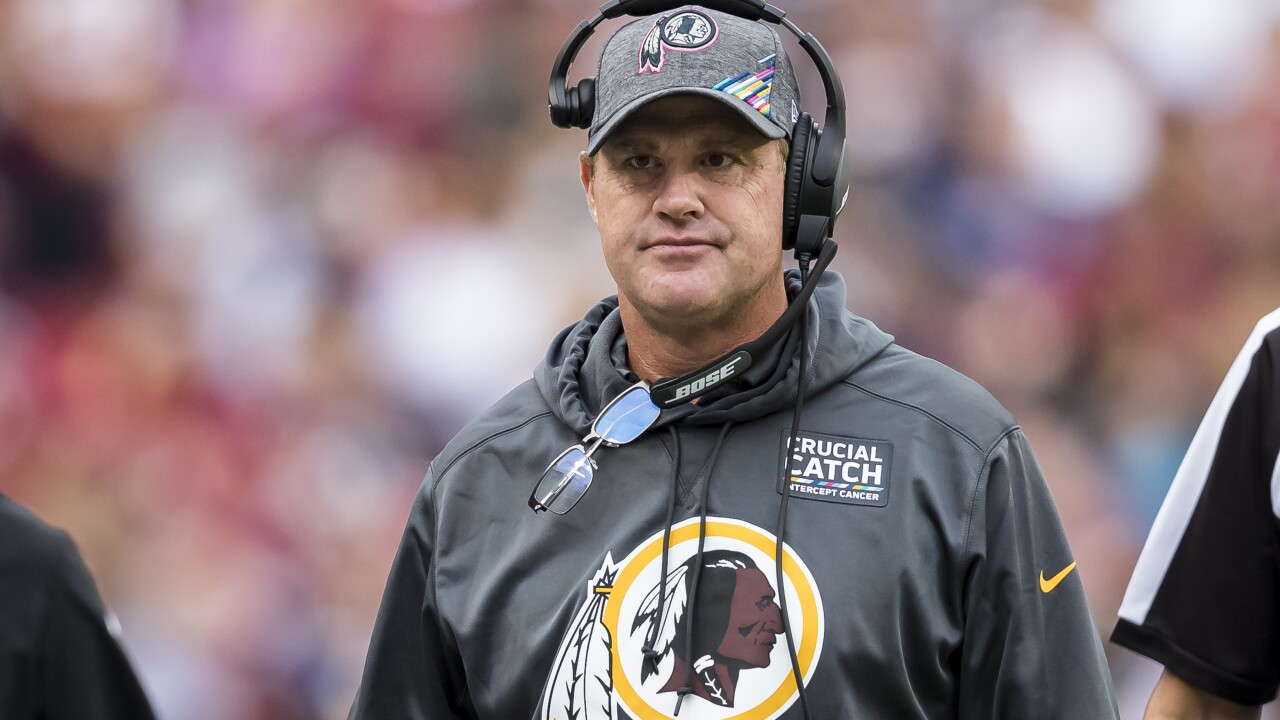 LANDOVER, MD – OCTOBER 06: Head coach Jay Gruden of the Washington Redskins looks on against the New England Patriots during the first half at FedExField on October 6, 2019 in Landover, Maryland. (Photo by Scott Taetsch/Getty Images)

Gruden was officially “relieved of his duties” early Monday morning by team owner Daniel Snyder and team president Bruce Allen. The Redskins released the following statement about the move:

“Through the first five games of the 2019 season, the team has clearly not performed up to expectations, and we all share in that responsibility. Moving forward we are committed to doing all that we can collectively as an organization to turn things around and give our Redskins fans and alumni a team they can be proud of in 2019 and beyond.”

Gruden was 35-49-1 with a single playoff appearance in 5+ years as the longest tenured head coach under Snyder. But the team has gone just 1-11 since quarterback Alex Smith suffered a broken leg against the Texans last year. Combined with 51 other players landing on the Injured Reserve list over the past two seasons combined, as well as other organizational factors, he was climbing uphill towards success on a constant basis.

With a six-year run that featured a 35-48-1 record and one playoff appearance, Gruden did, as he said yesterday, receive ample opportunities to turn the Redskins around. But he also was hamstrung by organizational dysfunction and rampant injuries.

Offensive line coach Bill Callahan, formerly head coach of the Oakland Raiders, has been promoted to interim head coach while the team searches for a replacement.

Allen will address the media at 1pm Monday afternoon.