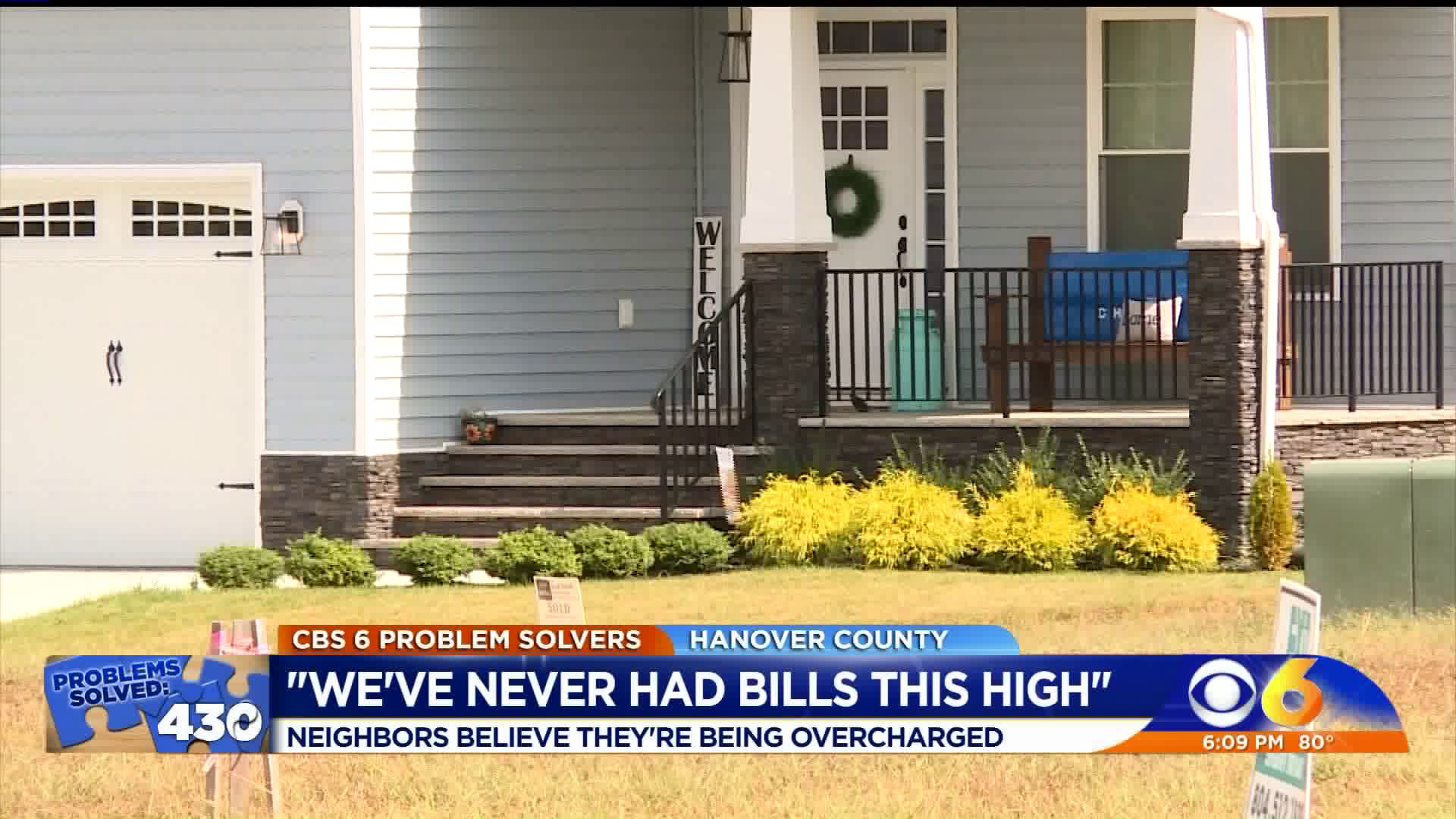 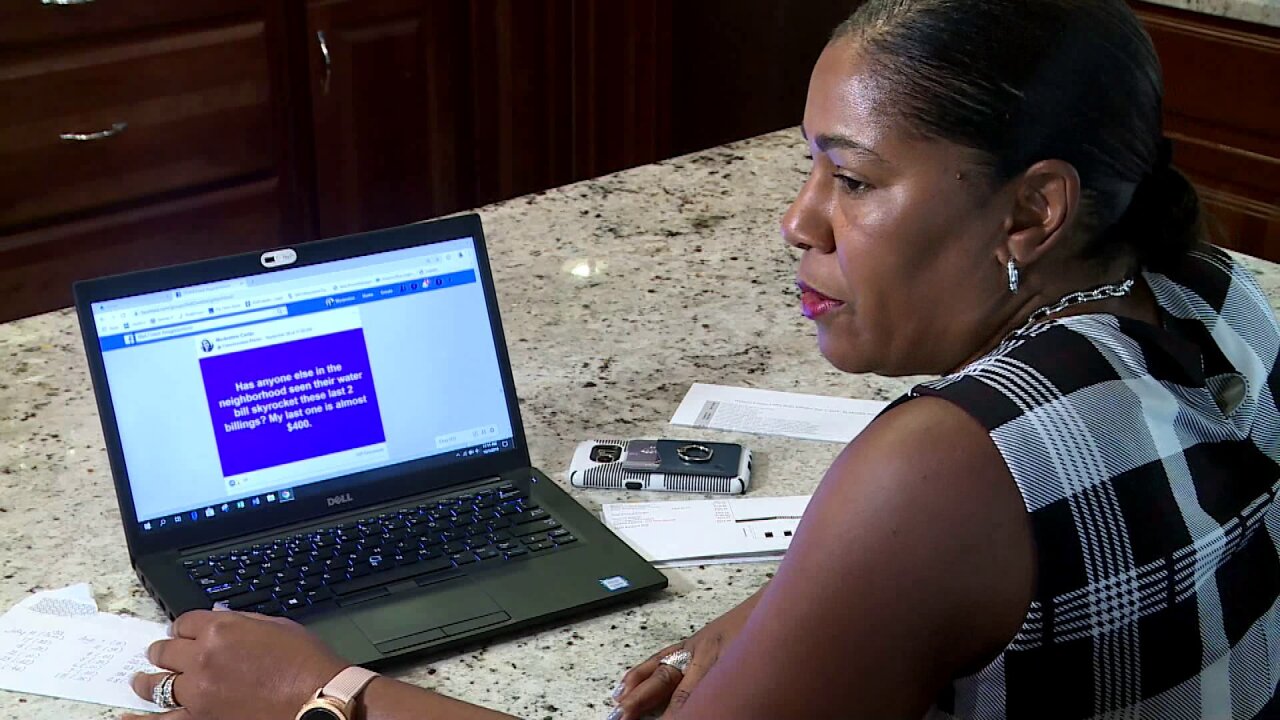 HANOVER COUNTY, Va. -- Multiple neighbors in Hanover recently reached out to the CBS 6 Problem Solvers saying their water bills have skyrocketed, with some seeing an increase by as much as 200 percent.

Modestine Carter is completely baffled by a graph detailing the water usage that Hanover County says she and her family used in their last billing cycle.

“We have never had bills this high. Ever,” Carter said of the July 12 through September 12 bill.

Forty thousand gallons for a family of three. To Carter, that's impossible because of her family's schedule during that time.

“We took a vacation. So, were gone for nine days for vacation,” Carter recalled. “We took another week’s vacation in September. Two weekends in July we were out of town. The month of July was wet. We had about six inches of rain, so we didn't even turn our sprinklers on.”

“There's something wrong. I don't know what it is,” said Carter.

Earlier in the summer carter was taken back by a huge bill and disputed it with the county who sent someone out to check. No leak was found, and she was told she had to pay it.

But the bill that followed was an even bigger surprise, nearly $400.

When she asked neighbors on social media if their bills skyrocketed, it only took an hour for more than a hundred neighbors to respond with similar issues.

CBS 6 Problem Solvers discovered it's not just neighbors in Carter's Bell Creek Subdivision. There are similar complaints a few miles away in Timberlake Commons where Joe Trimble lives.

While he's nervously awaiting his own bill, he feels for those, like his neighbor and her son who are now being hit with a bill for 72,000 gallons of water usage.

Carter says she was told she could pay a $40 fee to have her meter replaced, but she doesn't feel it’s fair to incur another charge until Hanover County figures out the problem.

Neighbors disagreed and said they would like to see county officials further investigate the issue.