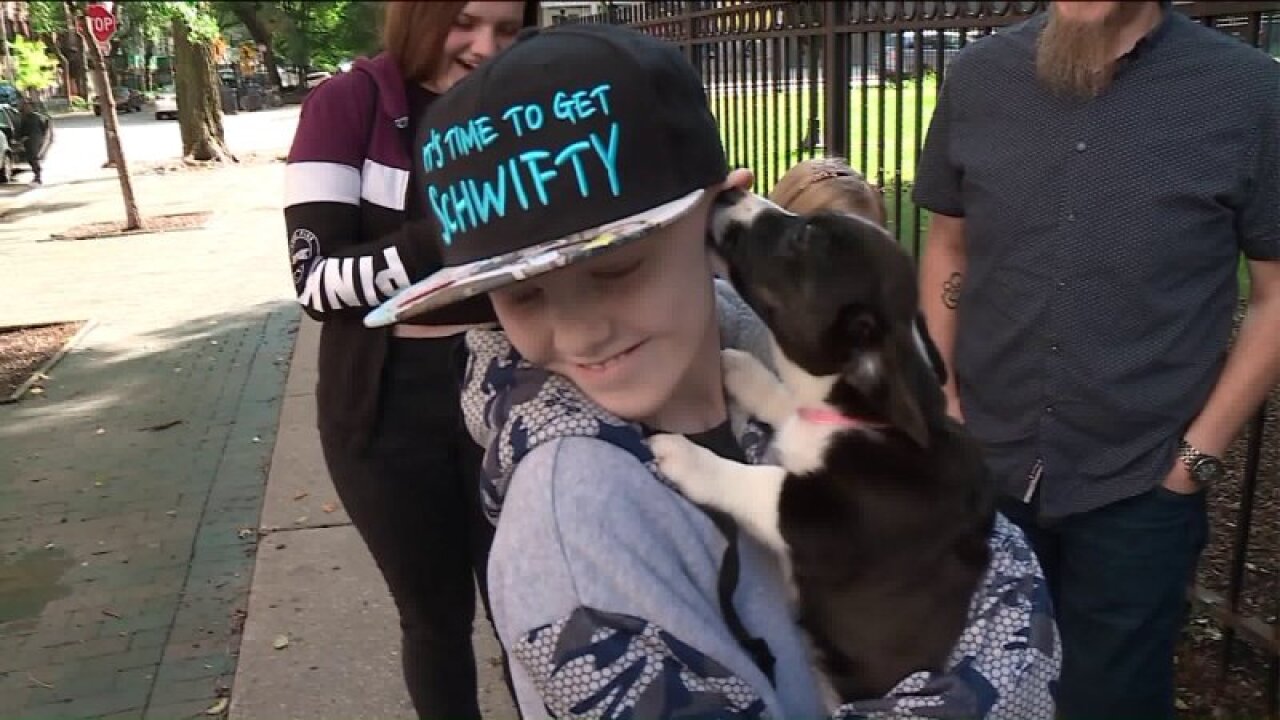 CHICAGO – For over a year, 13-year-old Johnny Martin has spent nearly every weekday at Lurie Children's Hospital in Chicago to treat the soft cell cancer that was ravishing his body.

His cancer is so rare that there has been only one other surgery similar to the one they performed on him at the hospital.  It took a team 26 hours to completely removed the dozens of tumors that grew in his chest cavity.

"I wouldn't wish that kind of surgery on anyone. We were scared he might not pull through," says Johnny's mother, Michelle Boyer.

During chemo sessions, as soon as he was able to stand again on his own Johnny would make his way to a familiar hospital window, and its view of the dog park nearby.

As he grew stronger, he began fantasizing about owning  a dog himself. To pass the time during his daily chemo infusions, he told every nurse, oncologist and doctor about his "dream corgi dog."

"It was all he wanted to talk about, so we knew we needed to get in touch with an organization that could fulfill that wish for him," said Jessica King, a social worker at Lurie Children's Hospital.

They reached out to Little Wish Foundation, a nonprofit that works to bring joy to those who have suffered because of a medical condition.

"I was 16 years old when I started Little Wish Foundation, and it was in memory of my friend Max, who battled kidney cancer. Before Max passed away his last wish was to get a puppy. I never forgot what a big difference and impact it made on his life," founder Liz Niemiec said.

Liz and her team of volunteers have been gifting puppies ever since, including a black-and-white corgi they found for the unsuspecting boy leaving with his family from the front doors of the hospital across the street.

It was love at first sight, as the happy puppy eagerly licked Johnny's surprised face. And for the first time, he was one of the dog owners at the park outside that hospital window.

He's still undergoing chemo to ensure that the tumors do not grow back, but as of a month ago he was declared completely cancer-free.