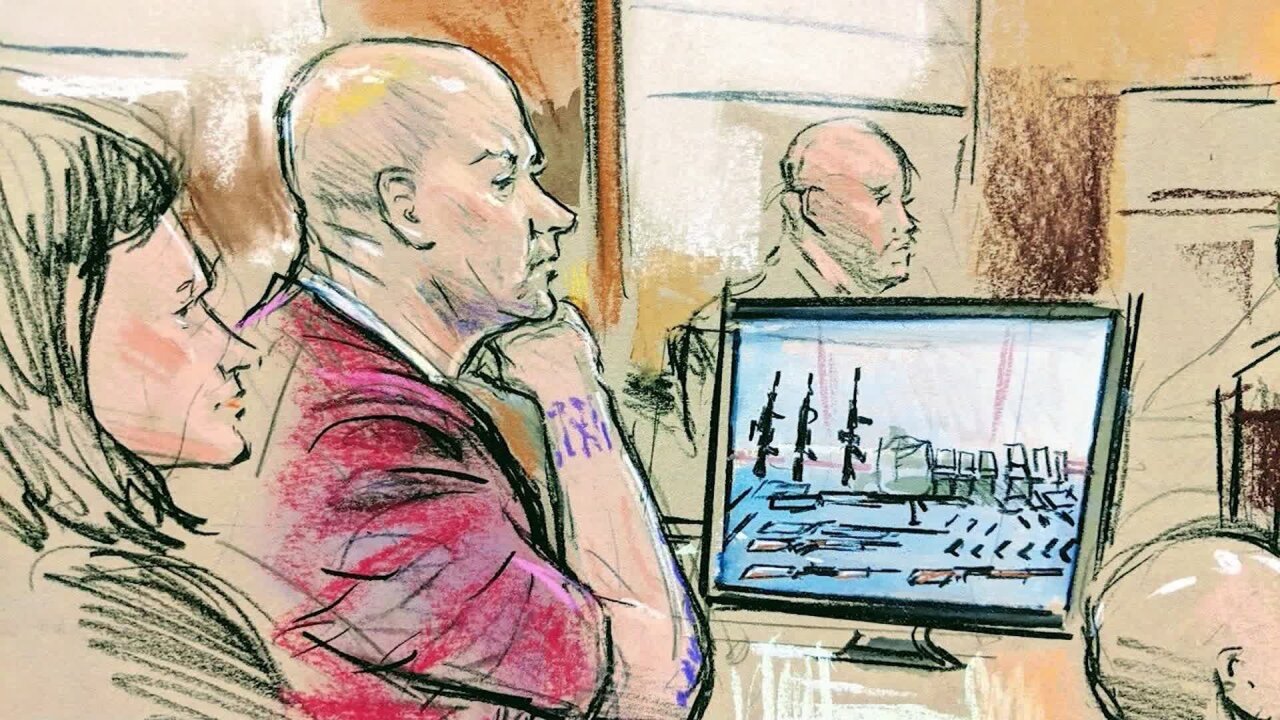 Christopher Hasson, 50, of Silver Spring, Maryland, faces a maximum of 31 years in federal prison for the crimes, and will be sentenced on January 31, 2020.

Christopher Hasson, 50, of Silver Spring, Maryland, faces a maximum of 31 years in federal prison for the crimes, and will be sentenced on January 31, 2020.

Hasson was first charged in February, facing counts of unlawful possession of two improperly registered silencers, possession of a narcotic opioid and possession of 17 firearms as an unlawful user and addict of a controlled substance.

Liz Oyer, Hasson’s federal public defender, said Thursday that the guilty plea reflects that he “accepts responsibility for the offenses he did commit,” but also shows that the case has been “mischaracterized and sensationalized from the start.”

“It is not a domestic terrorism case. Mr. Hasson was not plotting a terrorist attack or any of the abhorrent acts that the prosecution has repeatedly speculated about but never actually charged,” she said in a statement. “Mr. Hasson is a peaceful, loving family man. He has devoted his life to serving his country. He and his wife have two grown children who have gone on to do the same.

Prosecutors have said Hasson is a white supremacist who had a hit list that included prominent Democratic politicians as well as several journalists from CNN and MSNBC.

Wearing a burgundy jumpsuit, Hasson entered the courtroom and smiled and waved at his wife, Shannon. She wiped tears away from her eyes after the sentencing in the courthouse lobby. Leaving the courthouse, his wife told reporters Hasson is a “loving and honorable man.”

Oyer added, “Mr. Hasson never meant any harm to anyone. He deeply regrets the pain and embarrassment that he has caused his family and the U.S. Coast Guard, which he has proudly and honorably served for more than 20 years.”

Hasson ordered 4,650 Tramadol pills, mainly 100mgs, online illegally and used them daily, sometimes at work, according to the US Attorney. On the date of his arrest, authorities found 196 Tramadol pills in his backpack, 106 Tramadol pills at his desk at Coast Guard Headquarters and 122 Tramadol pills in his Maryland home. Authorities also found seven rifles; two shotguns; four pistols; two revolvers; an assembled firearm silencer; and a disassembled firearm silencer, multiple magazines that could accept more than 15 rounds of ammunition, as well as hundreds of rounds of ammunition.

US Attorney of Maryland Robert Hur said in a statement Thursday that more evidence will be presented at sentencing.

“I am grateful for the hard work of the agents and prosecutors to obtain this guilty plea,” he said. “I look forward to the opportunity for the government to present additional evidence to the Court at sentencing.”