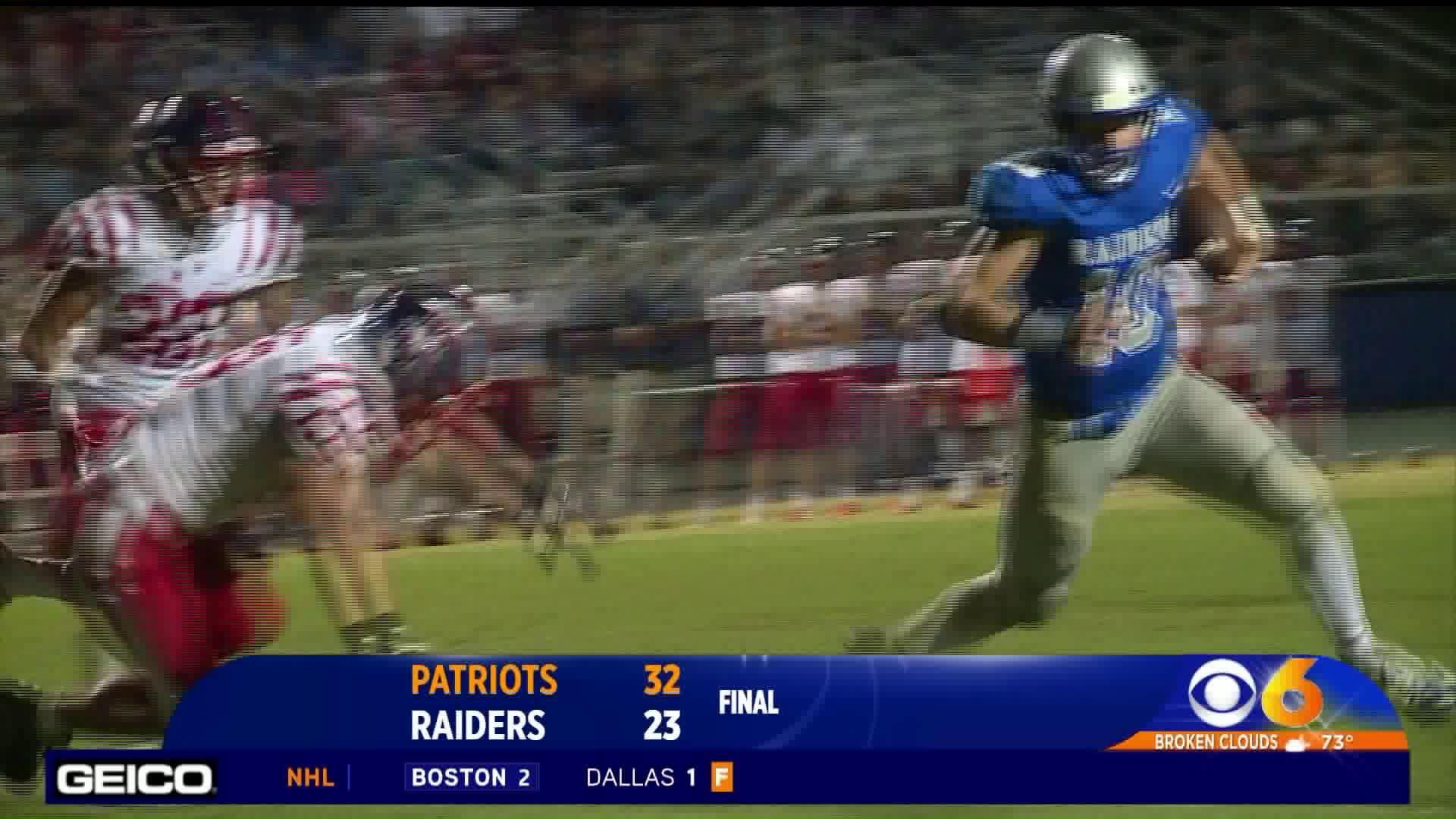 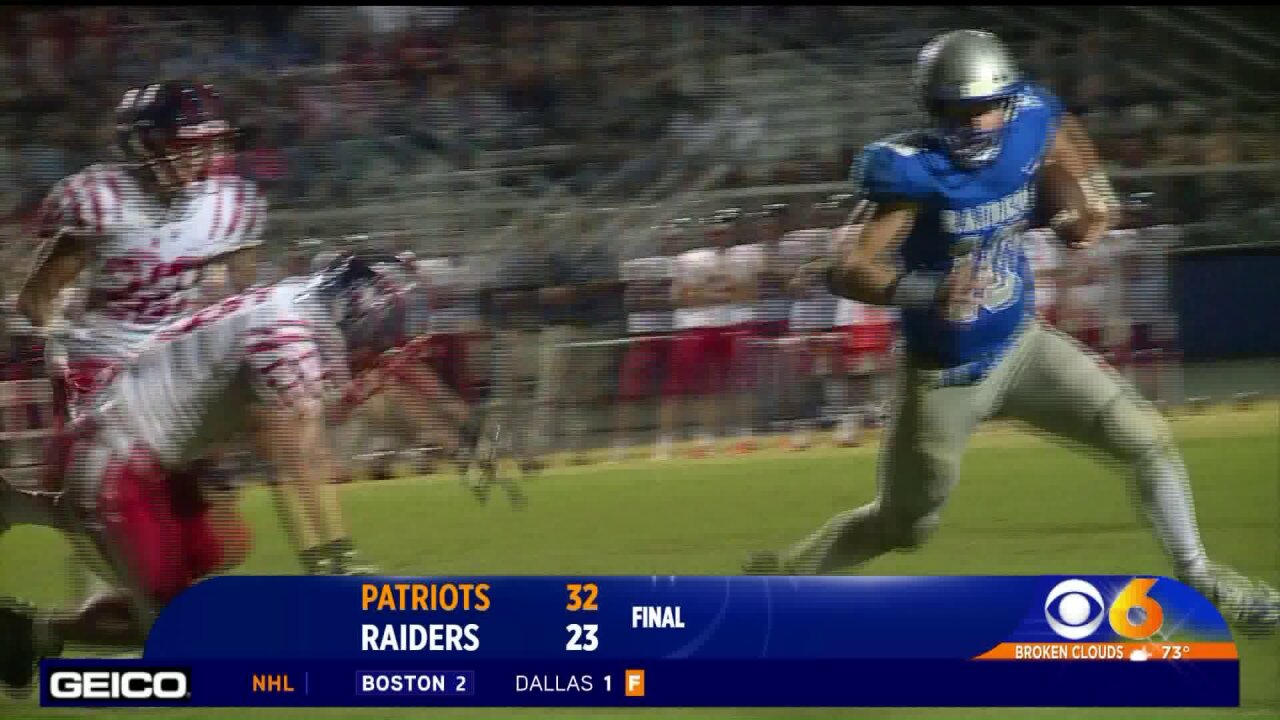 The Patriots led 24-10 at the break behind three Sikkar touchdowns in the first half (two rushing, one passing.)

Atlee's Tyler Warren's touchdown run of 20 yards cut Patrick Henry's lead to 24-17 but Sikkar's fourth touchdown of the night, a one yard run, would be insurance for the Patriots to beat the Raiders for the first time since 2016.