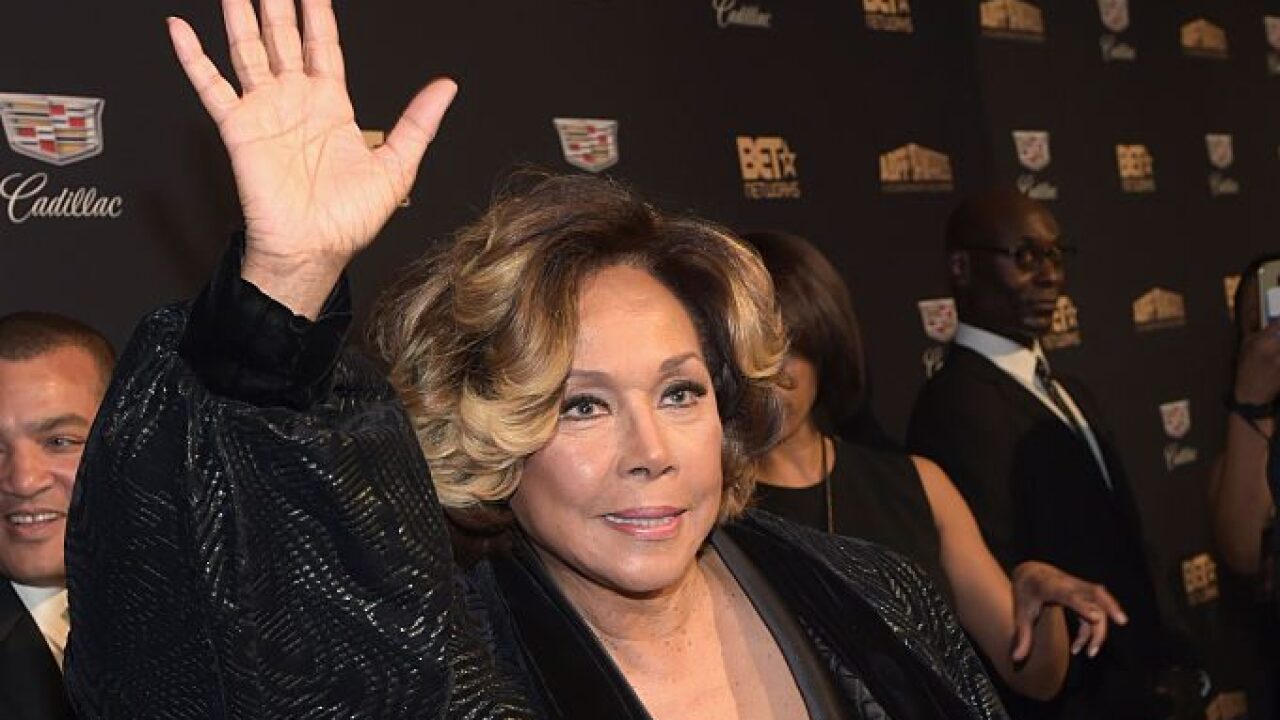 Diahann Carroll was in her lifetime many things: a singular talent, a trailblazer, a breaker of barriers.

In the wake of her death at age 84, Carroll is being remembered as all those things and so much more by her friends and colleagues in Hollywood — both those who had the privilege to work with her and those who simply had the chance to stand on the shoulders of her great accomplishments.

“Diahann Carroll walked this earth for 84 years and broke ground with every footstep. An icon. One of the all-time greats. She blazed trails through dense forests and elegantly left diamonds along the path for the rest of us to follow. Extraordinary life. Thank you, Ms. Carroll.” — via Twitter

“This one cuts deeply. My mom & Ms Diahann were friends since they were 14. She was a pioneer on so many levels. She made me believe I could be on television! I loved & cherished and idolized her like a daughter…RIP Diahann Carroll thank you for the gift of your life.” — via Twitter

“Diahann Carroll you taught us so much. We are stronger, more beautiful and risk takers because of you. We will forever sing your praises and speak your name. Love Love Love, Debbie.” — via Twitter

“#DiahannCarroll was a transformative force for freedom. She identified with Dr King in the civil rights movement with a simple kiss. She brought down ancient barriers & built bridges. She left the world better than she found it. We are in her debt. We miss her so much already. RIP” – via Twitter

“RIP Diahann Carroll. You gave a lot to this world. Thank you, Love Barbra” — via Twitter

“My dear, dear beautiful #DiahannCarroll passed away today . What a pioneer she was in the business….what an incredibly kind soul. We met in High School and continued our friendship for many, many years.

The memories and the tears are flowing.” — via Twitter

“One of the great joys of my career was getting to work with, laugh with, sing with, and listen to Miss Diahann Carroll for 6 years on White Collar. We are all deeply saddened by her loss, and will miss her greatly. I love you Diahann, and I will never forget your wisdom, generosity of spirit, and the ever present twinkle in you eye. You broke so many boundaries, and you helped me to have the courage to push through my own. Thank you for the memories, and Rest In Peace. What a life you lived. Our hearts and thoughts are with her family today. #diahanncarroll” — via Instagram

“Working with Diahann Carroll was one of the great honors of my career. Funny, classy, stunning, warm. The first scene we shared, I opened an apartment door to find her. She winked at me. Pure mischief. I lost my words. She made this world a more glamorous place. @WhiteCollarUSA” – via Twitter

“I once met the legendary Diahann Carroll at a luncheon in Toronto. I told her that when she starred in Julia, people used to say my mother looked like her. Without blinking an eye, she said “Was she very beautiful?” Ms Carroll was a Goddess.” — via Twitter

“Tony & Golden Globe award winning, Oscar & Emmy nominated pioneering actress Diahann Carroll has passed at 84. It was an honor to get to meet and talk with her. Her show, JULIA, made tv history with her at the helm.” — via Twitter

“It’s was an honor to work with the great Diahann Carroll. I looked up to her. She excelled in a time when being a black woman was not synonymous with beauty and class. She broke through. We hailed to her knowledge and class. She gave our culture elegance. She was a true queen.” — via Twitter